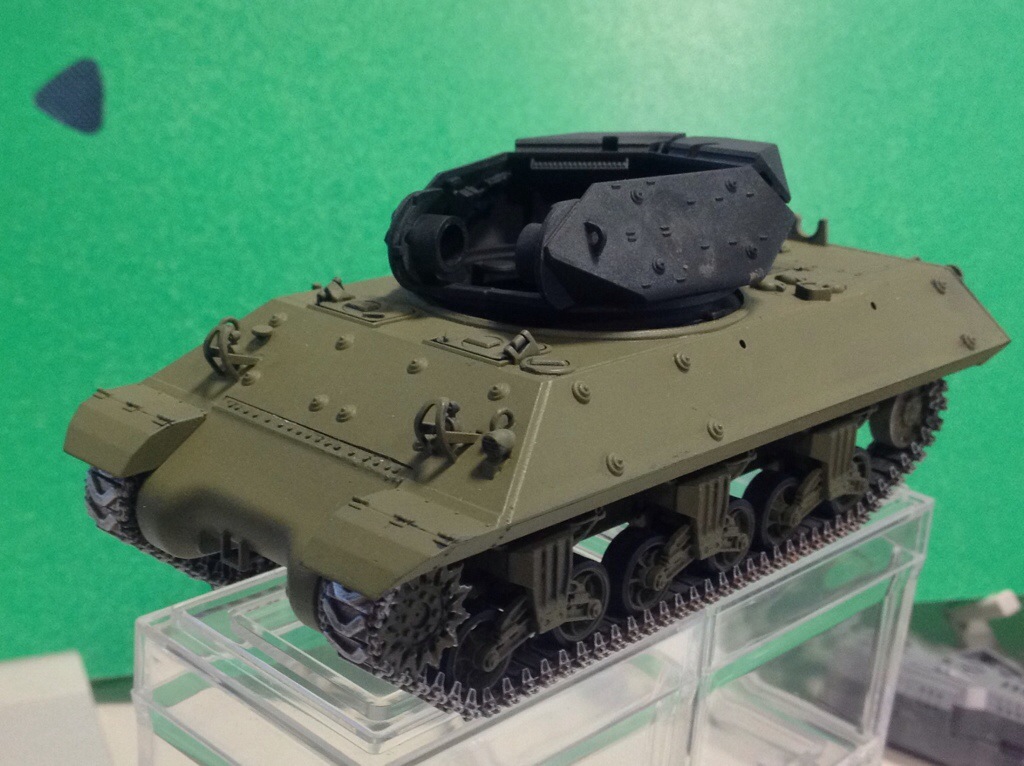 One of the things I learnt from my Sherman Firefly is that the bogie wheels are a pain to paint. So I did thing differently this time round: 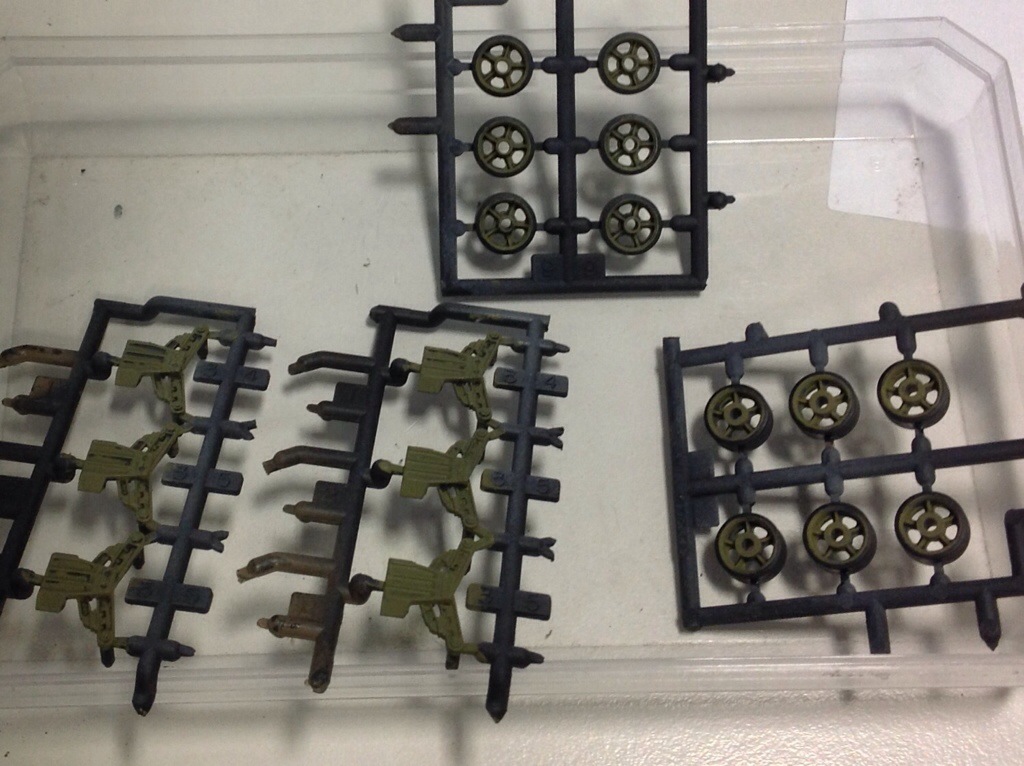 I heartily recommend this approach, as it’s much easier to handle the parts and to paint the tires. However, there’s a caveat that needs attention… I’ll come back to that shortly.

Aside from the bogies and tracks, the M10c is a semi-open structure and as such some of the interior can be seen. Tamiya thoughtfully included some stuff but generally speaking the detail is a bit lacking, as can be seen in this in progress shot: 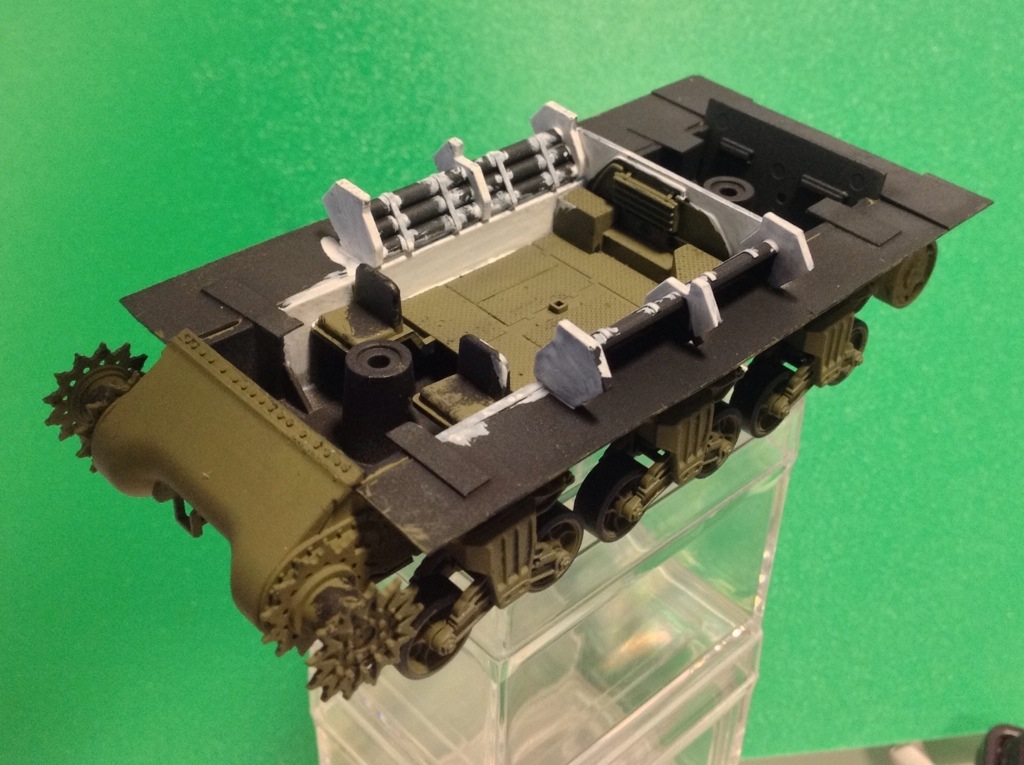 Not much to write home about. The side tubes are ammunition storage; I’m not too sure about how M10c store the 17 pdr ammunition below, but left it in place. Also, Tamiya painting guide has the inside hull painted in white (which is sensible, since it’s brighter), though the turret interior is usually exterior hull colour (which again makes sense since this is an open-topped vehicle). I have seen museum M10c with a olive drab interior, but decided to go with white just to have some contrasty element.

The fighting compartment tidied up. As you can see, not much to it. 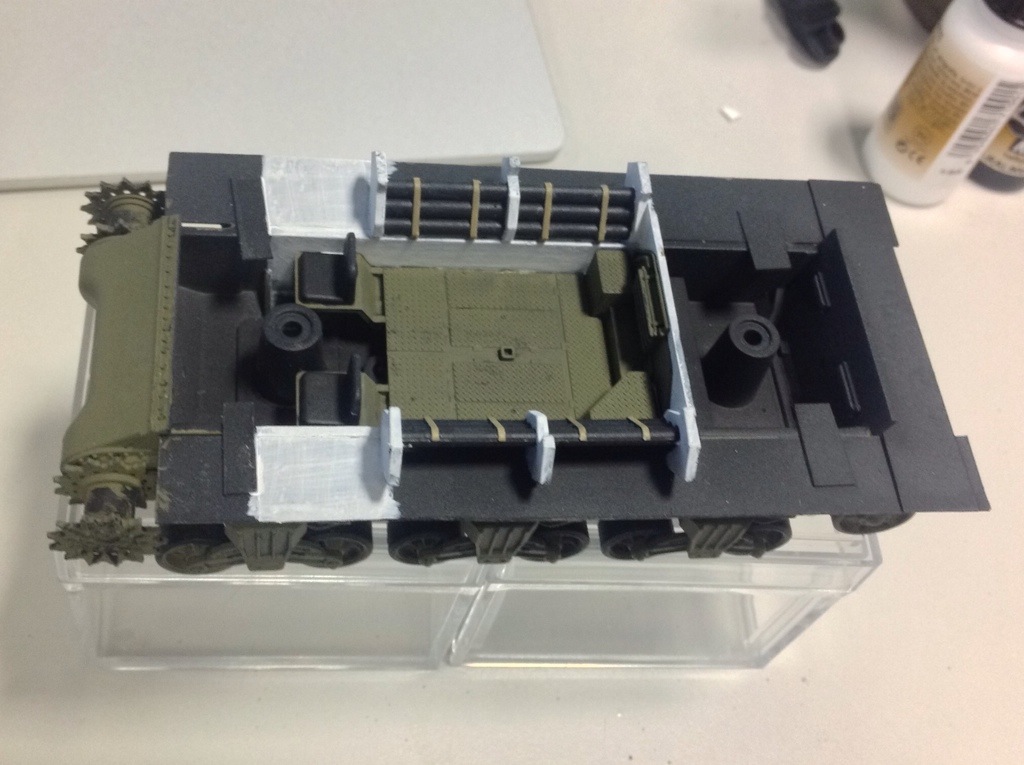 With the upper hull in place, the amount of detail you can see is immediately restricted. Not much room to see anything. 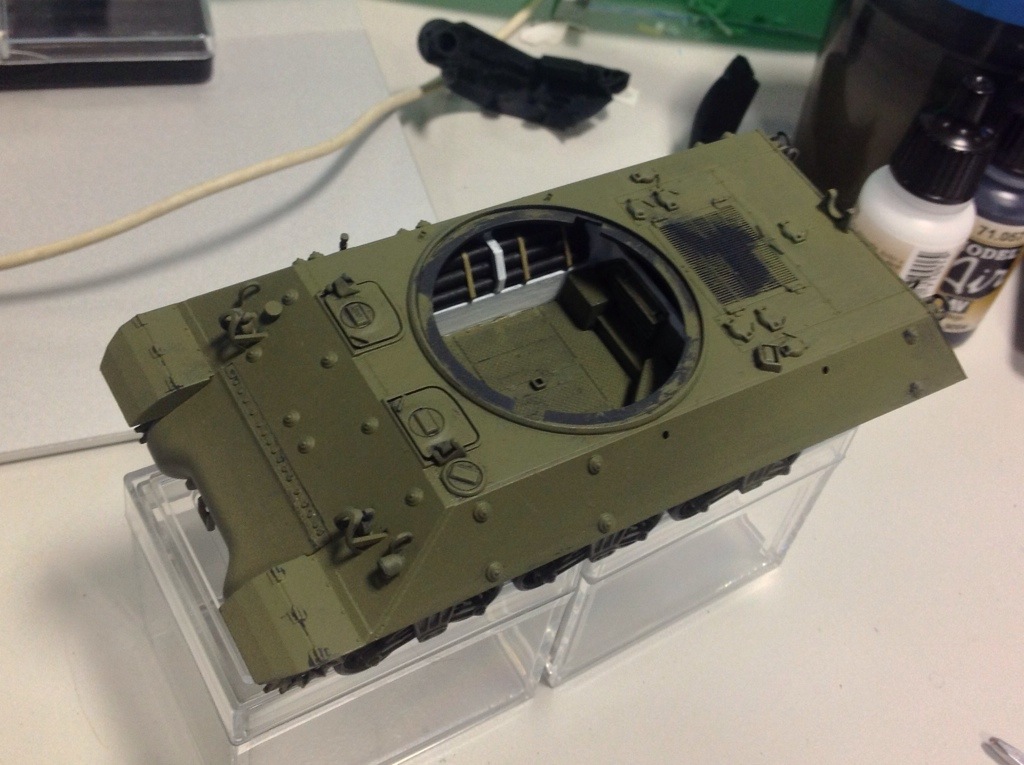 And when you slap on the turret, you can’t see ANYTHING… which is just as well. 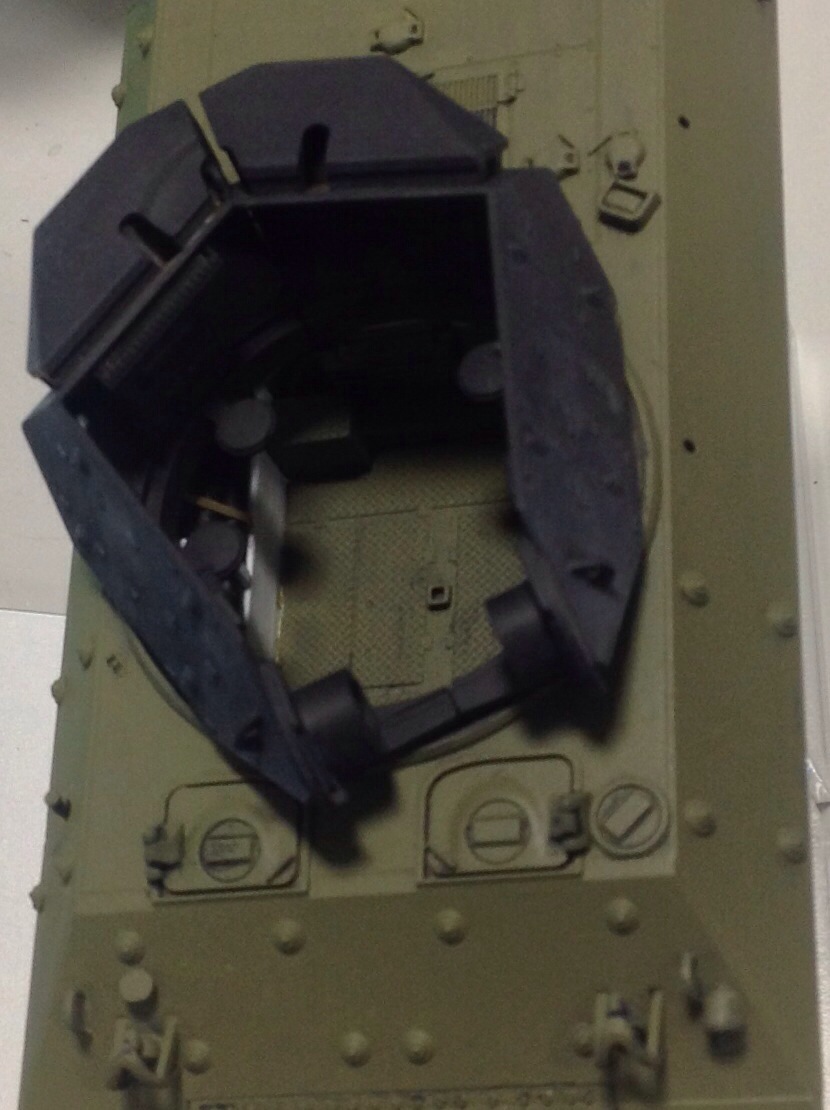 Anyhow, subsequent to this, I started to put the upper and lower hull together. That’s where things start to go horribly wrong:

I’m actually quite amazed the paint work took the abuse I threw at it so well. Anyways, hull assembled, hopefully next week we can sort out the detailing and move on to the turret.