Ok, the new year is officially beating me into the ground. But still.. time for a bit of Kickstarter round up.

Frankly, the tail end of 2013 and the start of 2014 is a bit of a yawn where KS are concerned (for me). The quality of projects have dropped a bit, and I guess the really interesting people are busy trying to fulfill their existing KS, so not much interesting stuff. Anyhow.. 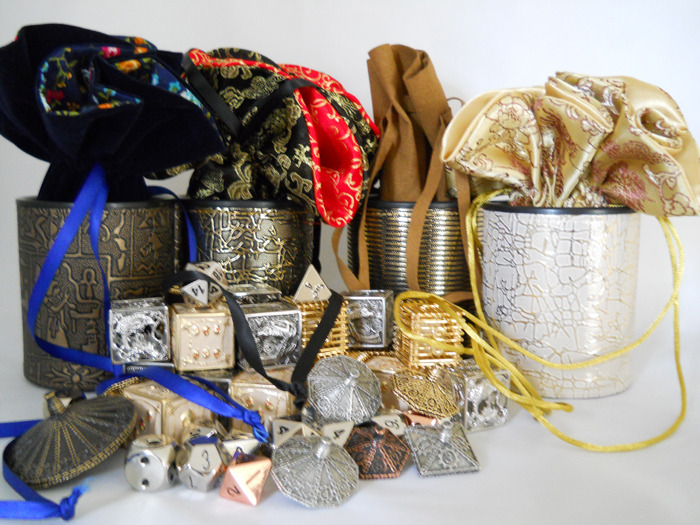 I’m always a bit of a sucker for kinky dice, especially metal ones, and these definitely fall into that. Well not the top variety; that takes forever to resolve dice rolls and actually needs a hard surface to spin on. Normal dice can do on carpet, soft surface, etc.

They do have “normal” metal dice, but since I’ve already threw in money for some other KS that did the same thing, I don’t exactly have a great need for it now. Those dice cups do look nice though.
Continue reading →

Just bloody lazy over the Christmas “Clear Ya Leave!” period, and currently busy with spring cleaning. Would go back to usual routine soon enough.

In the meantime, my WordPress 2013 report for your “too free and overly inquisitive” reading pleasure. 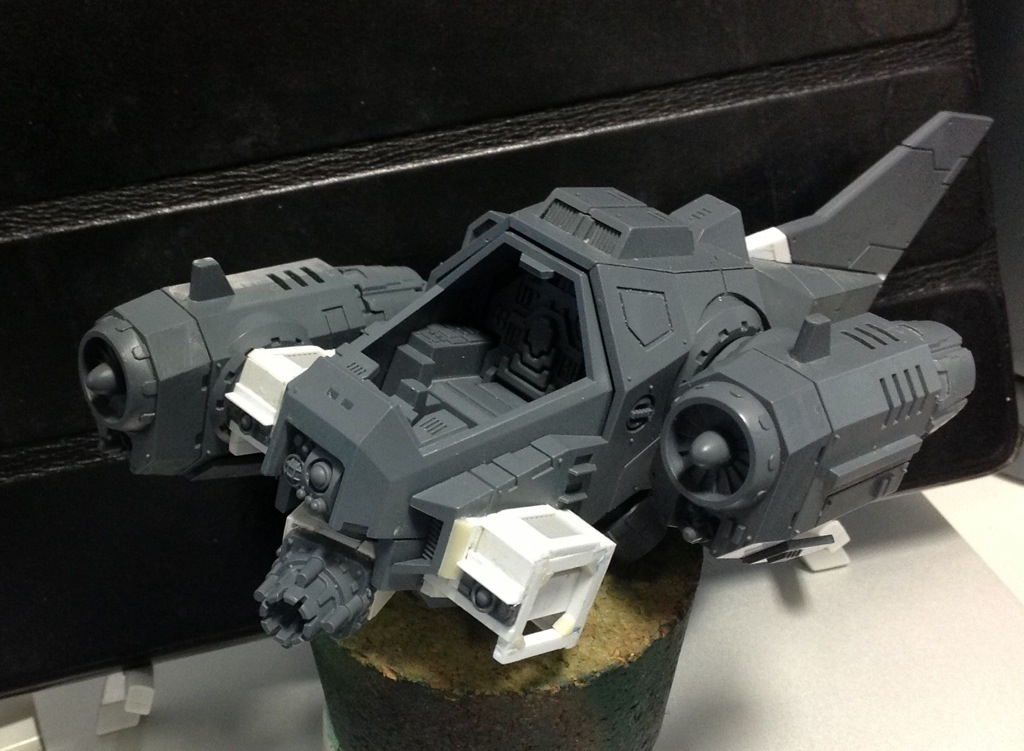 I’ve been working on this stupid Talon for quite some time and it’s kind of frustrating, in that the concept is there, but just fails to materialize into reality. The main problem is the weapons; I wanted a design that can both rotate AND elevate, and that has eluded me for the past few iterations. It’s not a simple thing when you have to figure out how to get ammo or power to the guns, while maintains compatibility and a compact size.

So meanwhile, I kept building up the side pod mounts. These have to accommodate the existing engine pods, which is tricky because I don’t have plastic tubes of the correct dimensions. This meant a bodged together job which frankly just grew out of proportion. A lot of areas have mismatching joints, because I’m just bodging, not planning the build.

Another frustrating point is that the landing foot pads are going to need an extended leg in order to be able to give enough clearance for the engine pods, but how that is going to fit into the existing space is a headache.

Thankfully, it looks like I can finalize a weapons pod design which is flexible enough. Have to build and test though. Hopefully can get this bird into the sky finally.