I don’t think I covered this before, even remotely. So here’s making good; these are a fun set of stuff, although a bit useless for my type of gaming. 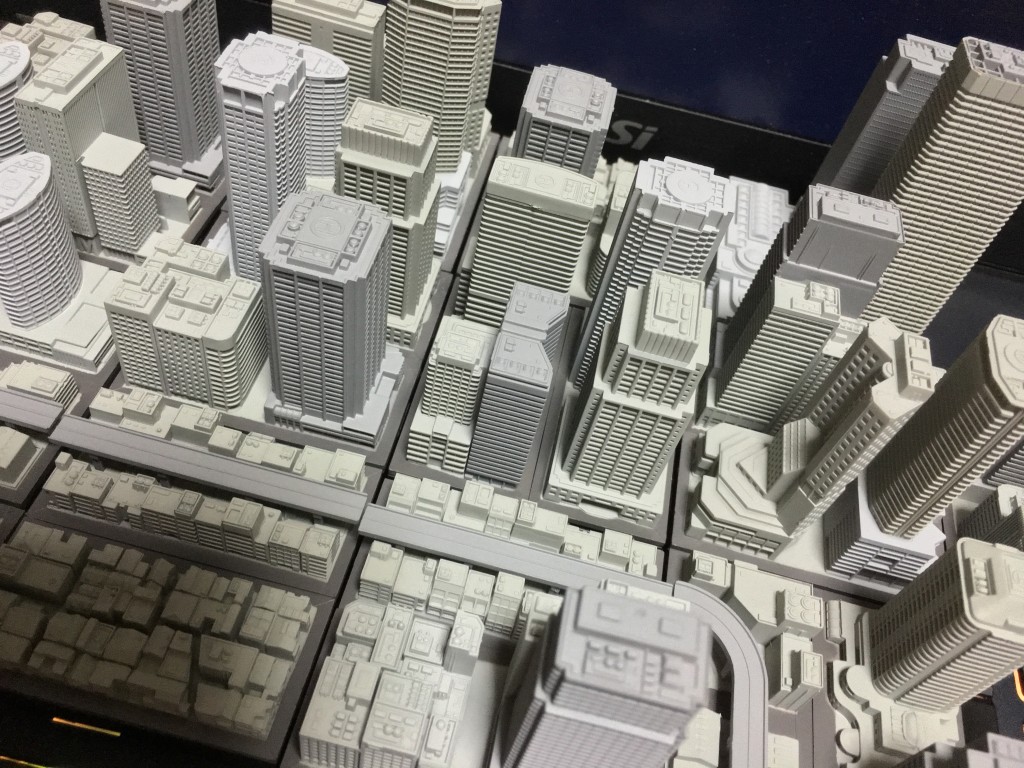 These are a line called Geocraper. No, I didn’t fake or choose the name — go see it for yourself. It’s a 1/2500 scale line of well, buildings, and they are sold as a random collectible pack that the wacky Japanese loves so much. They were initially released in Sep 2014 and had since gone through some minor release, not all of which I have.

At 1/2500 it’s basically what would be called: “really damn small.” To give some sense of scale, each square base they sit on is 60mm x 60mm. So they are really small!

Despite that, the details on these are rather good, you can take a camera down to “building level” and get decent details: 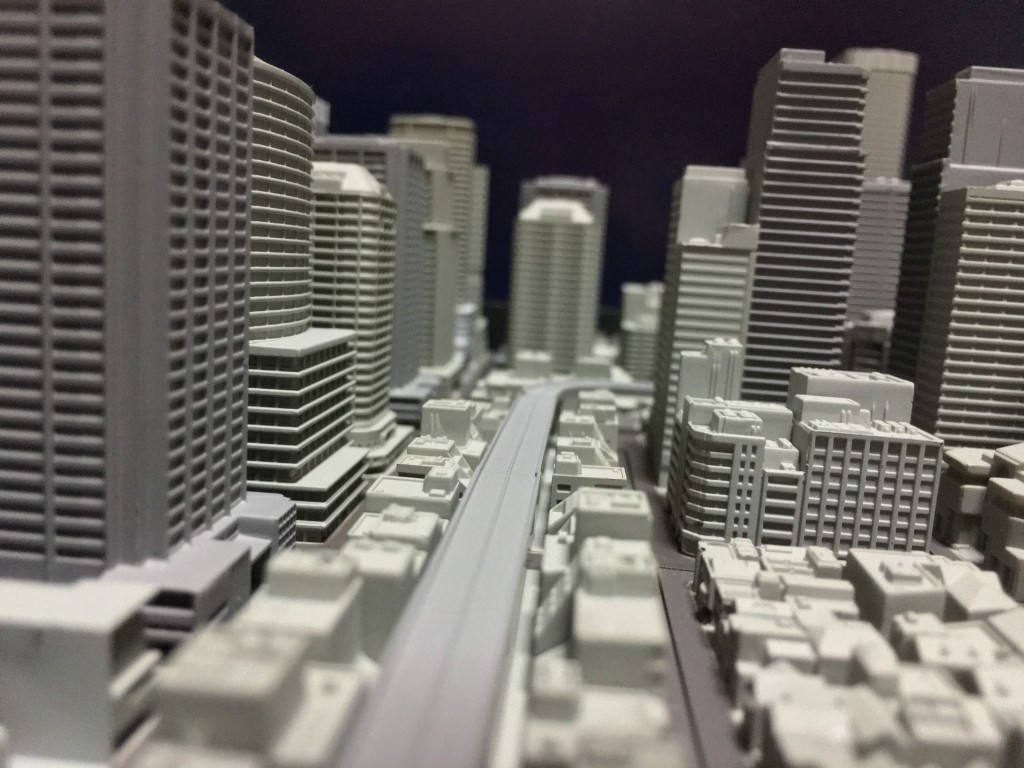 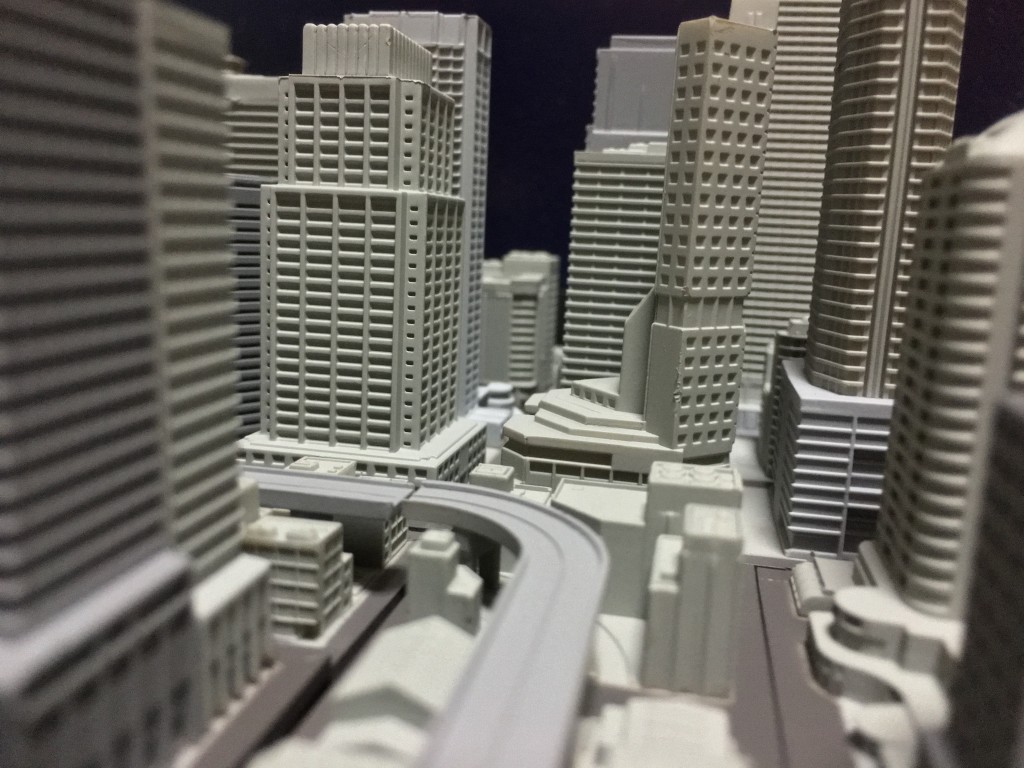 Unfortunately being 1/2500, if you do bring a camera down, it becomes quite difficult to get everything in focus.. maybe I can find that tilt-shift lens and try some work. 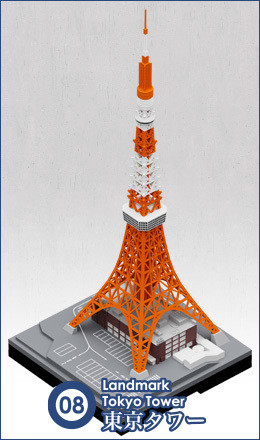 The whole setup is a 60mm x 60mm base (the black portion), and then the buildings on detachable plates on top. Most of them are on 30mm x 60mm strips, but there are buildings that are on full 60mm x 60mm. This allow the company to use repeats but still achieve a jumbled, cityscape feel, just by alternating what is next to each other.

The 60mm x 60mm full blocks are mostly special buildings, such as high rise complexes, or in the case of the 1st box, Tokyo Tower. I didn’t have the tower in the shot because, well.. too iconic.

You can see some places where the highway is disjointed. That’s mostly because I didn’t use the tags in the base that is supposed to join two bases more securely together. It should look better once you use them. 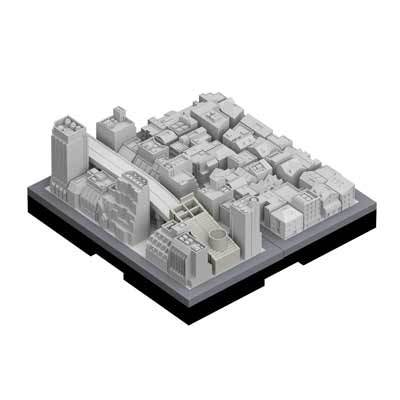 One issue is that the basic box didn’t have good end pieces for the highway, so you are forced either to run the entire length of your diorama, or not used it. But the company appears to be releasing a tunnel part that would help make it more practical.

It also comes with more of the low buildings, which is actually fairly nice. The skyscrapers are good but these gives a more “city” feel IMO.

Also in the releases are bridges and water plates, which allowed for a more interesting setup. Unfortunately, only straight waters, so you can’t exactly recreate Tokyo’s iconic rivers.

So anyway I got two boxes of the original releases, they are quite fun to play with. I wasn’t able to obtain some of their earlier singles, such as a port environment: 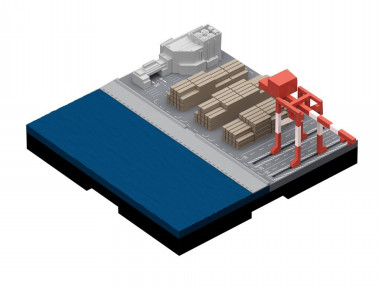 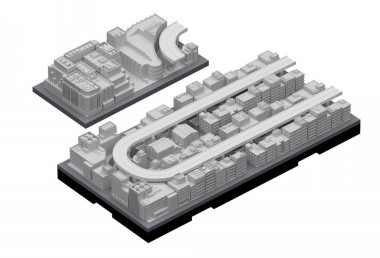 Damn, that highway extension would have been useful..

But since these are “so damn small”, what are they good for? Well, mostly for diorama shoots, forced perspective. I need to work at these but you need to get a good background (which the company provides, sort of), plus the necessary setup to do this.

It’s useless for gaming because 1/2500 is not a common ground scale and you can’t really use units here anyway.. unless you’re doing air war, in which case it’s a GREAT looking backdrop in which your jets would cross in a heartbeat. Remember, each is only 60mm x 60mm, even with my 16 bases, a 4×4 setup would be less than a foot across. You want to fight over an entire 6’x4′ table? Well…. your wallet is deeper than mine. 🙂

You can paint the buildings and there are good jobs done by other painters, but I’m going to leave them as is. Mostly because of usage: I’m going to use them as backdrop to minis that I want to be the focus, and having them painted would distract from that. The beauty of this is that you have a choice on this, so it’s up to you.

I won’t necessarily recommend it as an auto-buy, it’s just something I found useful in a narrow sense. I’d have to use this more in shoots, just to showcase them.

2 Responses to Geocraper: Building a City