I’m not going down that road again, well, reasons that I’d cover elsewhere. But for this set of articles, let’s just look at the things I did back, and how it worked out.
Continue reading →

Kinda slow week, on Kickstarter. Only 3 this week. On to the roundup!

Forged in Battle is a company that more or less registered on my radar a couple of years ago, as an alternative source for FoW minis. I just never picked up any of their range primarily because I didn’t like that their vehicles came with a resin base. Partially aesthetics, but by that time I was aware resin corners have a nasty tendency to break.

Apparently they did an earlier KS (which I’m not aware) and now this is more of a sideline as they expand laterally. It makes sense really; 15mm is a nice scale to work with and Ancients sort of need the sense of scale to work. Just two issues with that…

One, 15mm market for Ancients is a bit crowded. Gamers are sort of spoilt for choice there, so this is one more entrant. Two, for me personally, I sort of prefer my Early Imperial Romans to be in 28mm.. I find that scale more pleasant to look at a shield wall of scrutum and gladius, after pelting the enemy with pilum. Warlord and Wargame Factory satisfied that itch for me.. I just need to get around to figuring out which system to use, and the basing to conform to that system. Anyhow, if you guys are interested in Ancients, here’s something for you.

First up is well… Not exactly a miniature game. But hey, it’s Alessio’s game (world)! I suppose as a long time war gamer I have to pitch a long time game designer.. Well actually no. It’s more because you can get mini chess pieces: 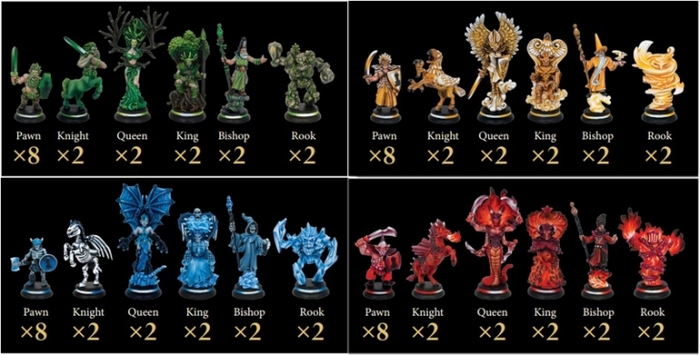 Looks quite nice and if you really want you can get multiple sets to beef up an army… Wonder if they come painted?

So here we are once again to look at a roundup of Kickstarters for the week of 18 Nov 2013. Truth be told? Scraping the bottom of the barrel a bit this week.

Best of the lot seems to be this board game. I’m not a big fan of the horror genre, but from time to time there is a board game with minis that are kinda useful or interesting. I keep an eye out in case I can reuse the minis elsewhere. This one has a few that looks to be useful to use as accents in a fantasy setting, but YMMV.

What makes this interesting is the add-ons that you can purchase.. building packs, older minis from an earlier project, that kind of thing. Problem is I can’t get a good sense of the scale of the minis…

(I did say this week is kind of scrapping the barrel. And this one is probably the best of the lot…)

This week is a really, really wonky one for me. 4 presentations to get through, a 30% CA, and then.. well, it’s just uphill. And here are the roundup of Kickstarters for the week of 11 Nov 2013: 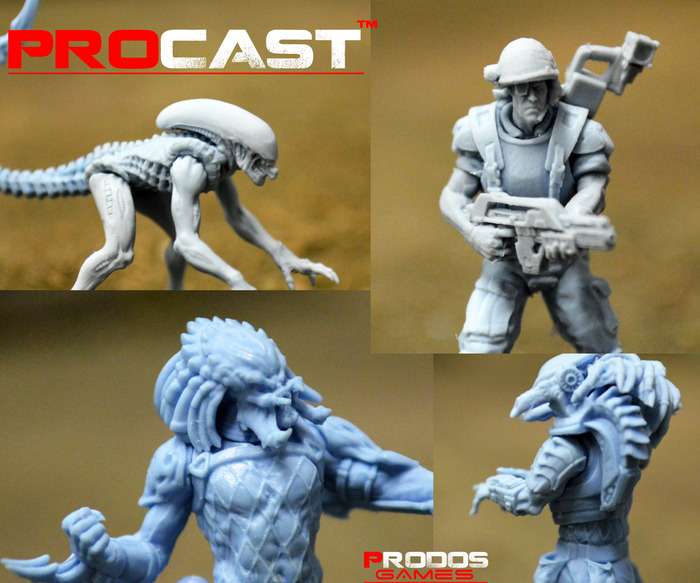 And heeeere’s another Bug Hunt. Really. Another one? Actually I don’t mind it that much, it’s even the iconic bug hunt, and the minis are not too bad.

Two knocks against it though. One, very expensive. 75 pounds for the basic box is quite pricy, for a good number of Aliens and what looks to be totally inadequate amounts of USCM and Predators. So essentially if I want to use the USCM as alternative infantry, I’d have to go the even more expensive route.

The second knock is… do I really want MORE infantry, and Predators? I have way too much “grunt” infantry as it is and I’m not really into Predators. Even for the Aliens, I’m really not feeling the sculpts. As a whole, this one I feel is more for fans. Looks good, is already funded is a bit pricy, I think I’ll pass.

Hmm.. Kickstarters are still kinda slow going. Only three, and one of them is only here on a whim… 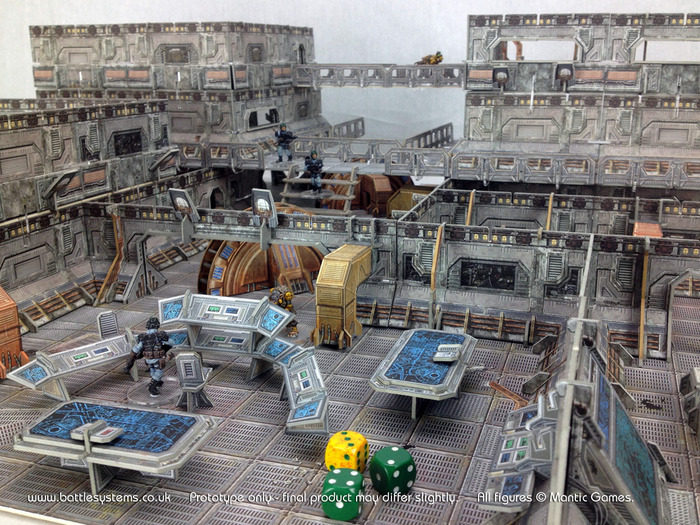 I’m actually not a big fan of this kickstarter, since the material is card stock. While good card stock can last a while, I don’t like using it for terrain… The durability is one issue, the other thing is that you really are constrained by the material. It doesn’t bevel well, it doesn’t compress well, your designs are inherently limited, and as with games, you run the risks of water damage. You can still do a lot, I just don’t like to work with it. However, YMMV.

Then we get the whimsical. Hey, it’s Cthulhu, in cat form. Cats essentially rule the Internets. Cthulhu reborn in a cat form is just something that’s bound to happen sooner or later.

The extra tentacle legs though, might turn some off… 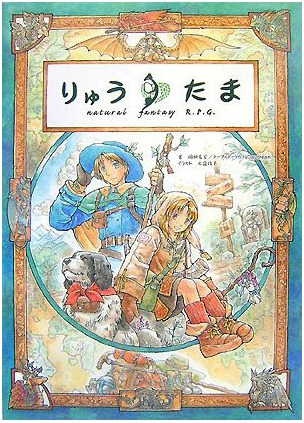 Lastly — I did say this week is a bit thin — this Kickstarter looks to be promising, and it’s already 300+% funded.

JRPG (Japanese Role-Playing Game) is not something you see everyday on Kickstarter, and a translation attempt is rarer. The art on this one is quite tempting, I might shell out the cash just to get the artwork. So, something to keep an eye on.

So yeah, slow week. Back to doing hobby stuff. 🙂

Well, with last week’s bumper crop of Kickstarters, I was expecting a downturn in the number of interesting KS.. Bingo. There’s a distinct slump, but still some interesting ones came up. 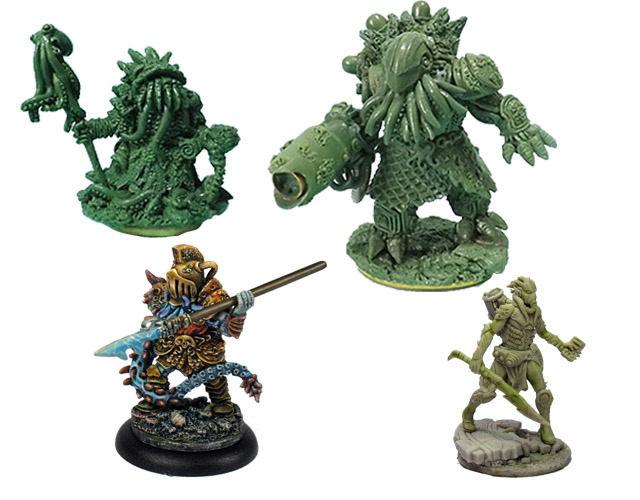 This one’s funded and ending in a few days. Personally I’m not fond of the setting or style, but some people might like the setting and have need for some of the minis.

I won’t be backing this one, though the company doing it seems to know its way around stuff. Caveat Emptor ’cause I didn’t really look too hard at it..

Next one is more up my alley. The usual post-apocalyptic setting, things trying to kill you, you know, business as usual. Damn. I sound so jaded about these things… kernel of truth though, details might vary but a lot of settings are the same in general. 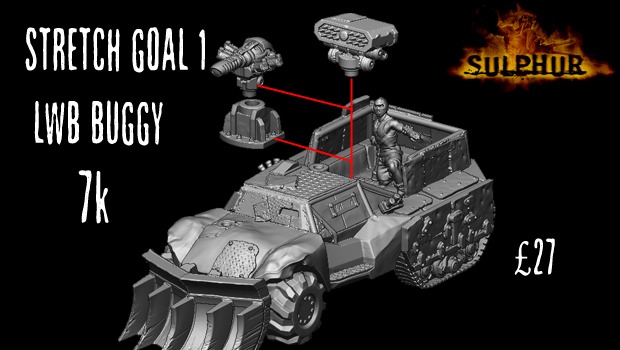 Anyhow, that buggies do look interesting, and some of their minis looks appropriate for well.. 40k stand ins. This is a 32mm mini system though, so might just be a bit big, but honestly GW is more 32mm than 28mm nowadays.

The company, I’ve heard of before, so there’s some reliability involved. It’s not yet funded with only 11 days left, so odds of hitting many stretch goals aren’t that good. Might get the buggy above, but I not hopeful it’ll get much beyond that.. depends I guess.

Lastly — I did say it’s a slow week — something for the Rogers. 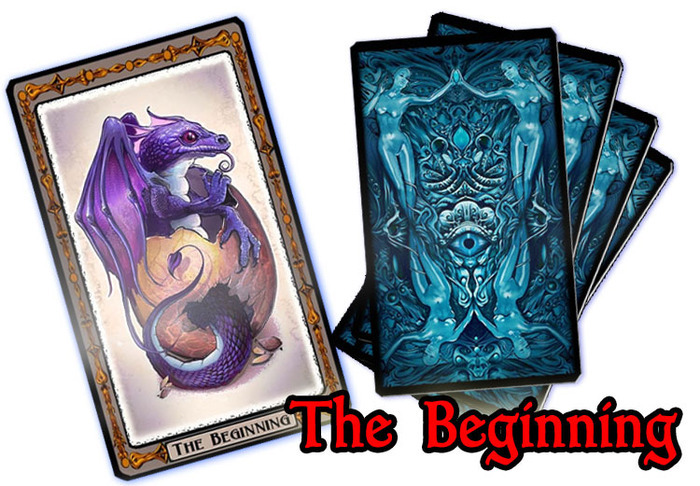 I’ve actually never encountered a Deck of Many Things in any RPG I’ve played (not that I’ve played a lot) but I do know of it. Looks interesting enough.. and inexpensive enough too. Very near funding (and an odd funding goal at that), so this shouldn’t be a problem. If you like RPGs and want a curio, this might be interesting enough to put some money on it.

That’s it. Slow week on Kickstarter. 🙂 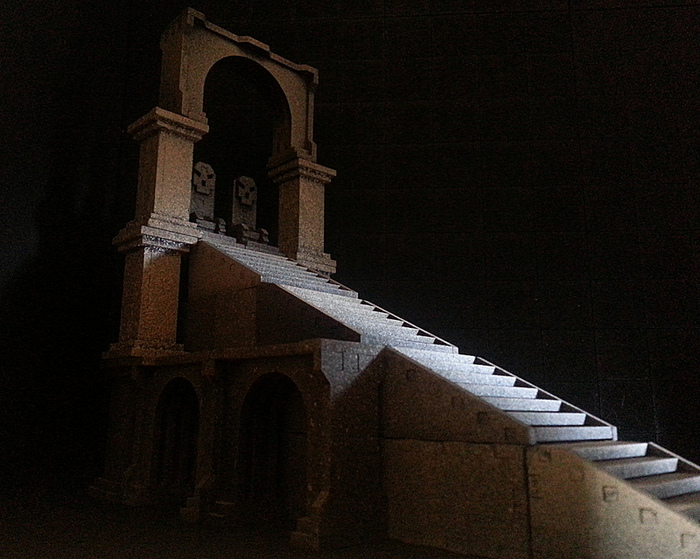