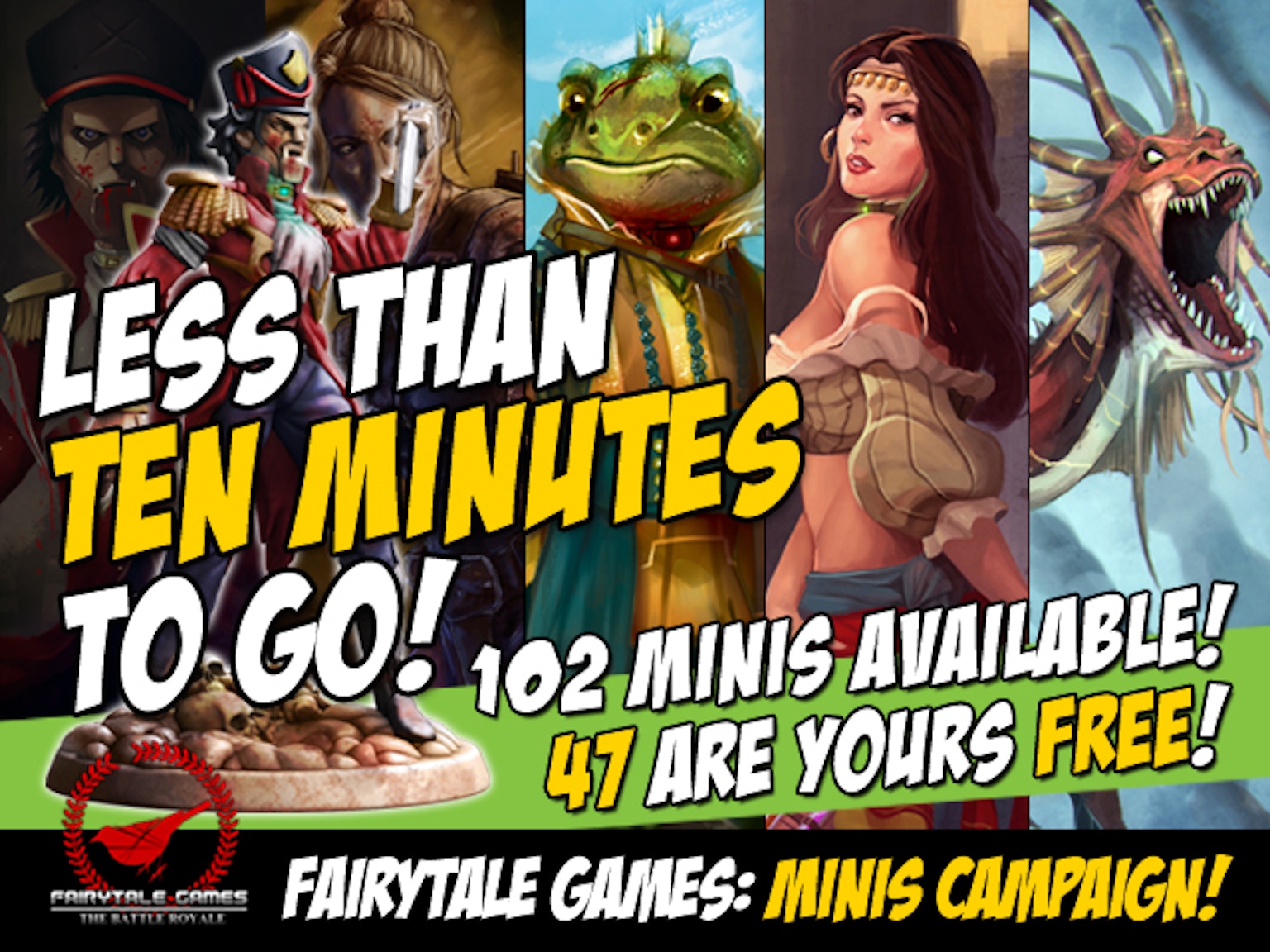 Verdict: Oh boy. It’s either going to deliver what is due or fail bad.

We start off with Fairytale Games, which didn’t look too bad… but just last weekend, announced that they ran out of funding for shipping. They claimed to have the products, but are short $45k USD for the distribution and shipping.

Which isn’t too bad if it had been just for this KS. The kicker is that apparently the guy ran 3 KS in a short period and was trying to coordinate the shipment out for all three (my understanding, I could be wrong). That is BAD beyond belief — you need to keep your accounts very separate and clear. Now that all 3 KS are simultaneously delayed, you end up not being able to fulfill any one… and as such just keep running up debts.

If he can be believed, he has the stock, and he did deliver some items out; they aren’t too bad as mini goes. One problem with KS as exemplified by this KS is very often the creator has no idea how to monetize the product after fulfillment of backers.

One use of Kickstarter is to get funding to get stuff into production and to stay in production, at least for games. What’s the point of creating a game only for it to be perceptually unable to reprint? Well there are some circumstances for that… but really, if you want to produce a game, most of the time you want to keep producing it (and improve as time goes by). The long term financial planning isn’t there for a lot of KS. 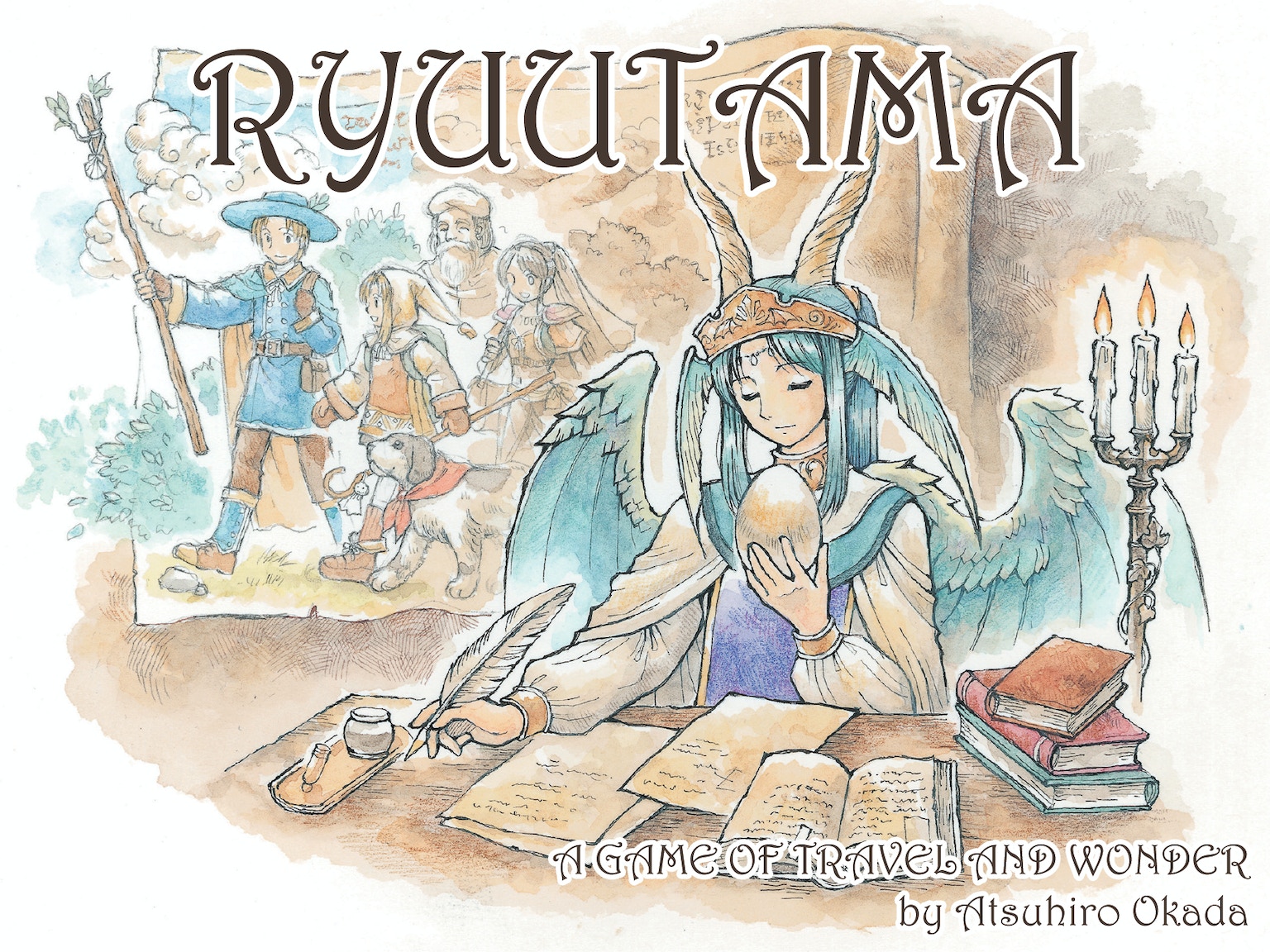 Anyhow.. Next up is Ryuutama. Yes, it’s not a miniature game — it’s an RPG that focuses more on travelling and storytelling than hack-and slash. I haven’t even read the book fully. 🙂

I picked it up because it’s an interesting concept, an RPG that’s less about fighting and more about storytelling. I know, right? Western RPG is heavily into combat element, and there are days I just want to level the playing field (literally). But at the heart of it, RPGs are about collaborative storytelling, not dice-rolling. Just because I’m bad at both “collaborating” and “storytelling” doesn’t mean I don’t appreciate both! 😛

Overall, this project gave me a nice faux-leather book and the people behind it kept us updated as much as they can; not to say no problems, but they did do their part. It helped that they knew what they wanted to do and kept the stretch goals as sane as possible, and didn’t let success overwhelm them. Overall, they achieved their target, I got a nice book and stuff, KS as it should work. 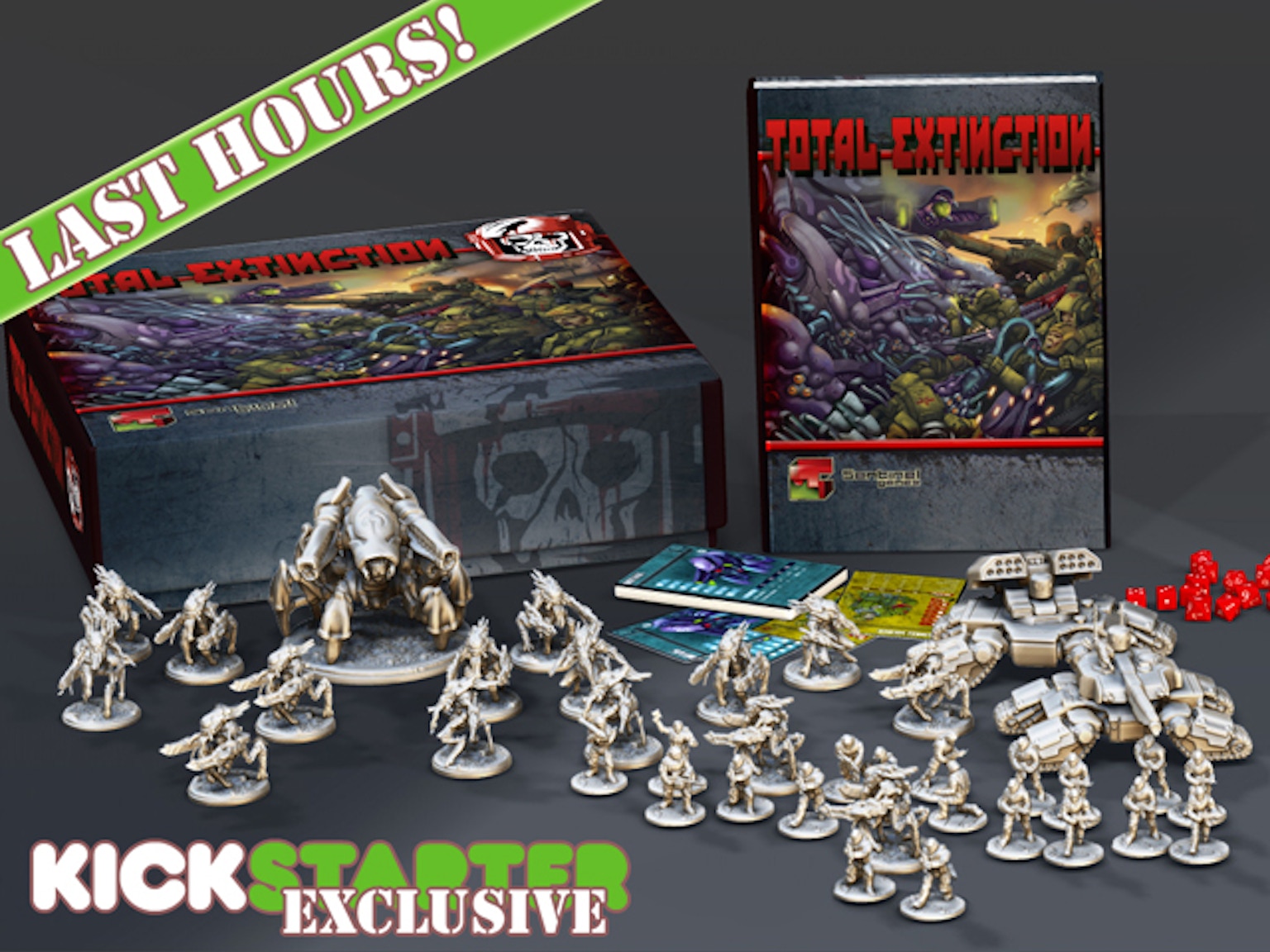 Next is Total Extinction. Yeah. It’s dead. Like I said this part has a bit of a horror show.

I wasn’t into this KS heavily, just wanted some of those tanks. Turned out lucky.. seems like there was some local (Spain) fulfillment but people there are moving to sic lawyers on them. Ow.

Updates were sporadic and not the greatest. I can’t put a finger to what is exactly wrong, as I wasn’t exactly paying attention.. Robotech RPG Tactics was a more entertaining fail than this one. It’s just like one big vacation with the creator just spottily updating his stakeholders.

So, I have no good hopes of this fulfilling and basically the game as a system is, well, extinct. You can’t run a show like this and expect gamers to want to play — their concern is that any money thrown this way would become pointless. Well, more pointless. At the end of the day it’s still money, and as much as this is still entertainment for us, we still want to get value for money. 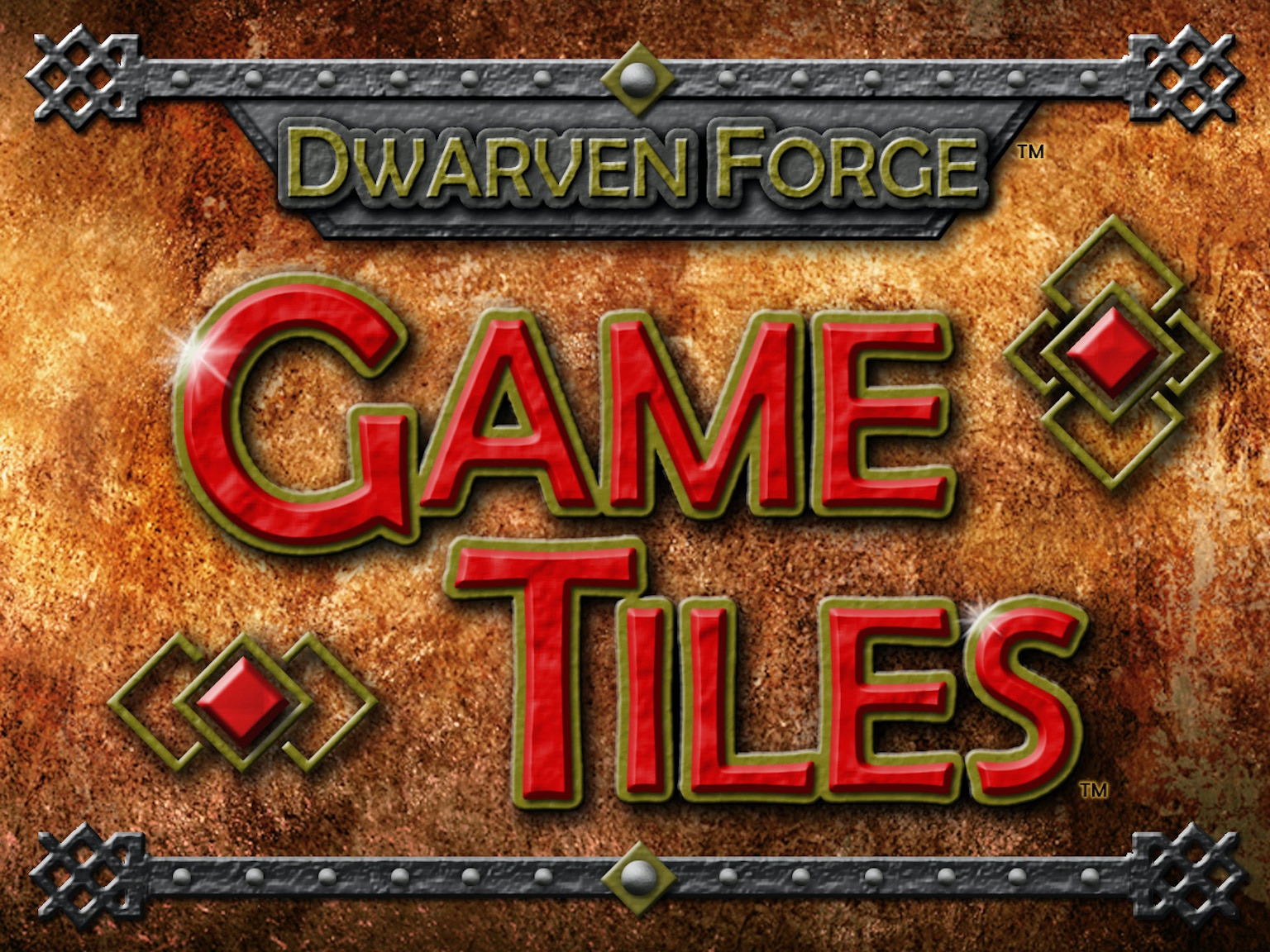 The next KS I want to talk about is actually three KS. Because it all came from the same creator, in the same line.

I went quite heavily into Dwarven Forge’s Kickstarters (Game Tiles, Caverns, City Builder System) because I had some of their resin stuff, and this KS promised more of the same with lighter material, and lesser cost. Well, for some definitions of lesser cost. 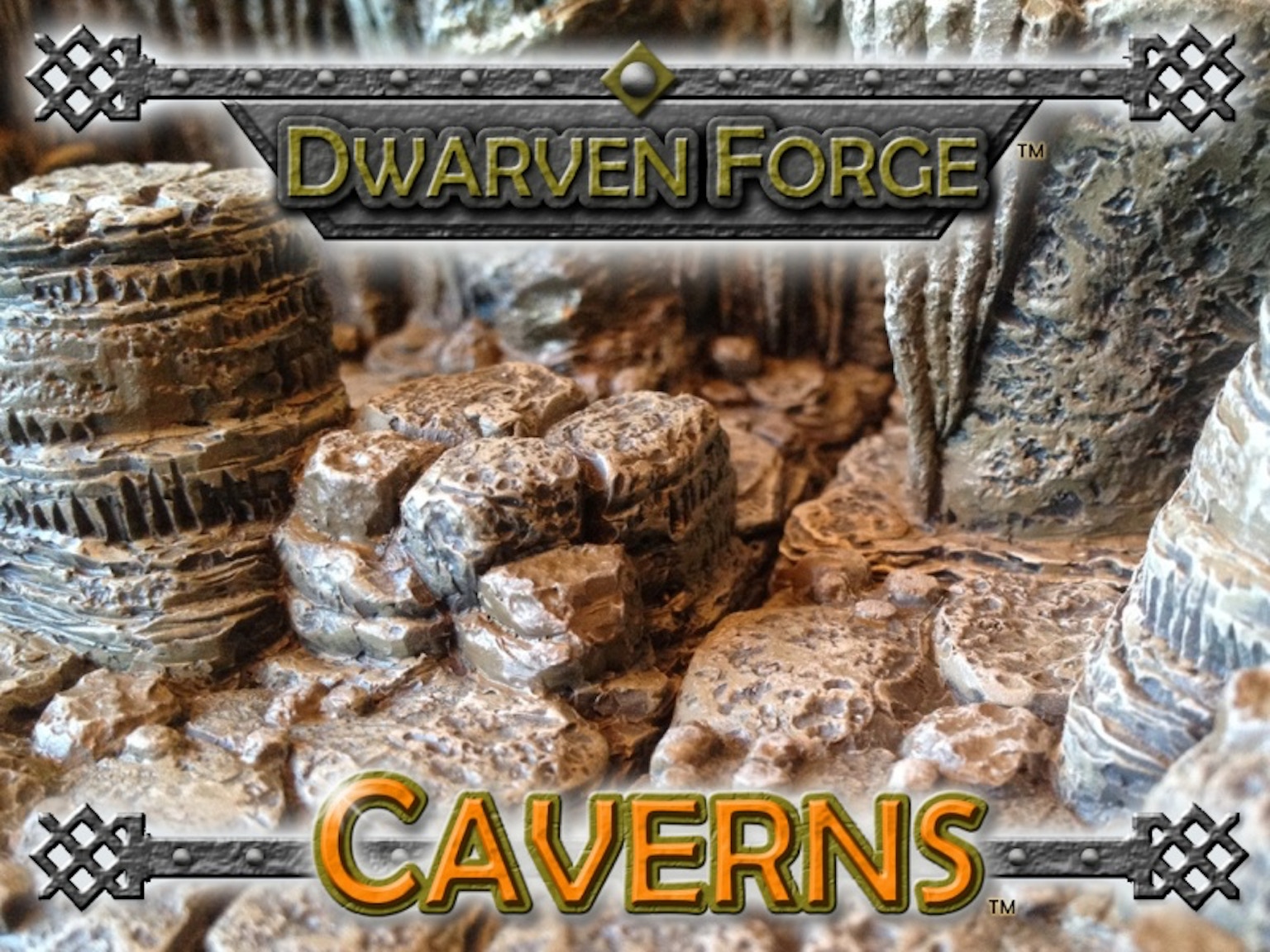 Verdict: Again, delivered what is advertised.

Dwarven Forge (DF) stuff had the reputation of being very nice but costly, and the problem with their resin lines is well… extreme weight. I really mean extreme. They are not the kind of things you bring around lightly and since my local gaming area is about mobility, most things I need to have some semblance of portability. Old DF stuff simply didn’t have that.

So their sales pitch was on target AND they had a good, solid reputation as a company. Their business plan – they HAD a business plan! – was sensible and the stretch targets had economies of scale and made sense. And their first two foray was not blind expansion, but replacement of existing lines, which meant an added layer of safety. 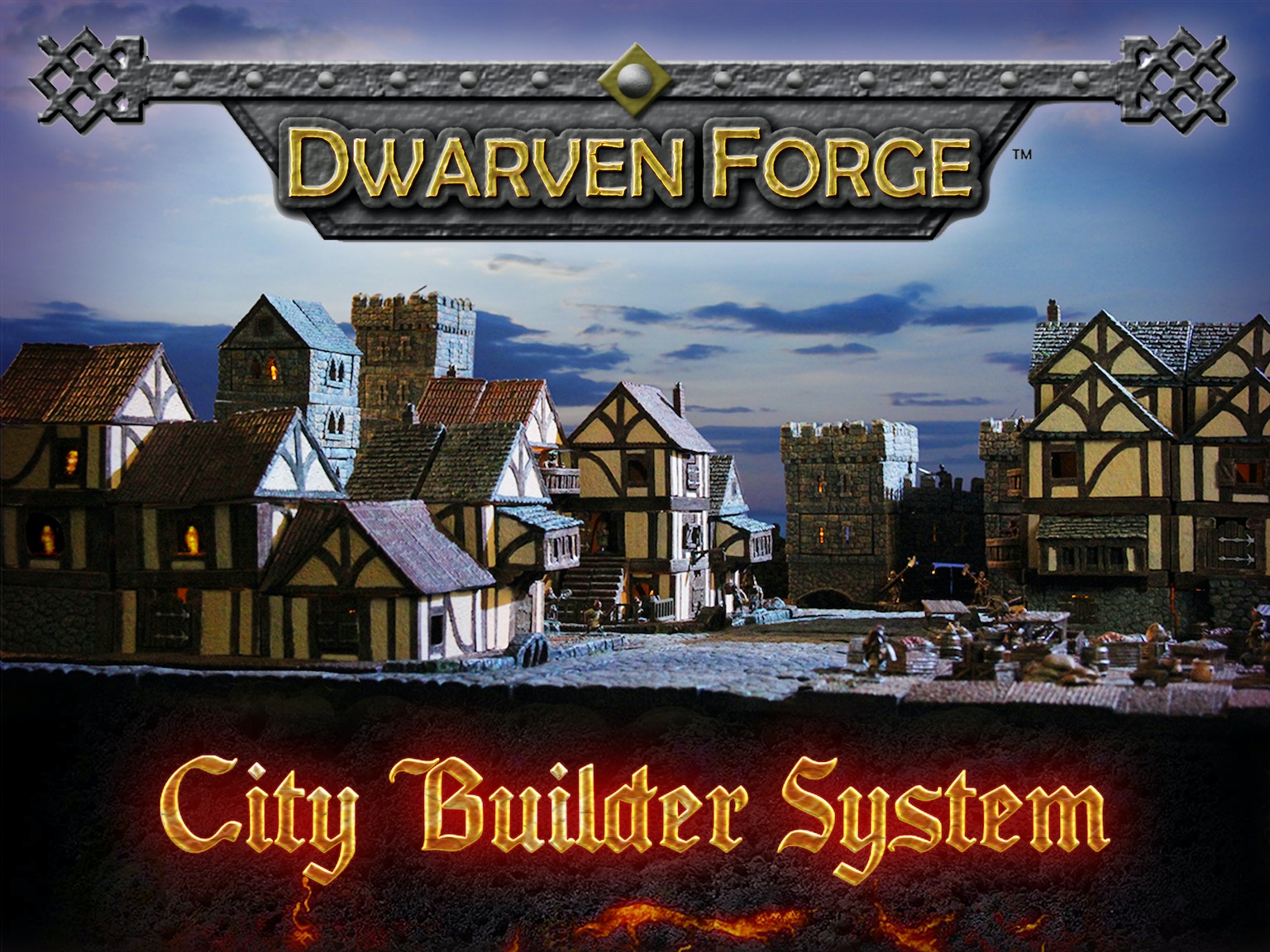 So I backed the first two fairly ok. Didn’t go heavy into #2; my use case was not big caverns, but dungeon crawling, and my preference to build big cave systems is not small 2″x2″ or 4″x4″ plates — takes too much to be big enough to fight in.

Huh. Odd. My records show I got some cavern parts. I don’t recall seeing them.. probably in storage. Will have to look for them at some point.

Anyway, for #2 I went for stuff that complimented #1, so that worked out well for me. #3, I didn’t back it so much, because fundamentally…

Well, #3 is about cities. And by now I handled enough Dwarvenite (their name for the material) to know that they are heavy like heck (still lighter than resin), and there’s no foxtrot way I’m going to build a city from that stuff. No way without buying more property, ironically. Besides, there are plenty of medieval style plastic houses out there that can be easily adapted. So DF missed me on this one.

But #3 gave an extra dimension to dungeons. And that’s…sewers. Glorious, glorious sewers. Really, you have to see them to appreciate them: 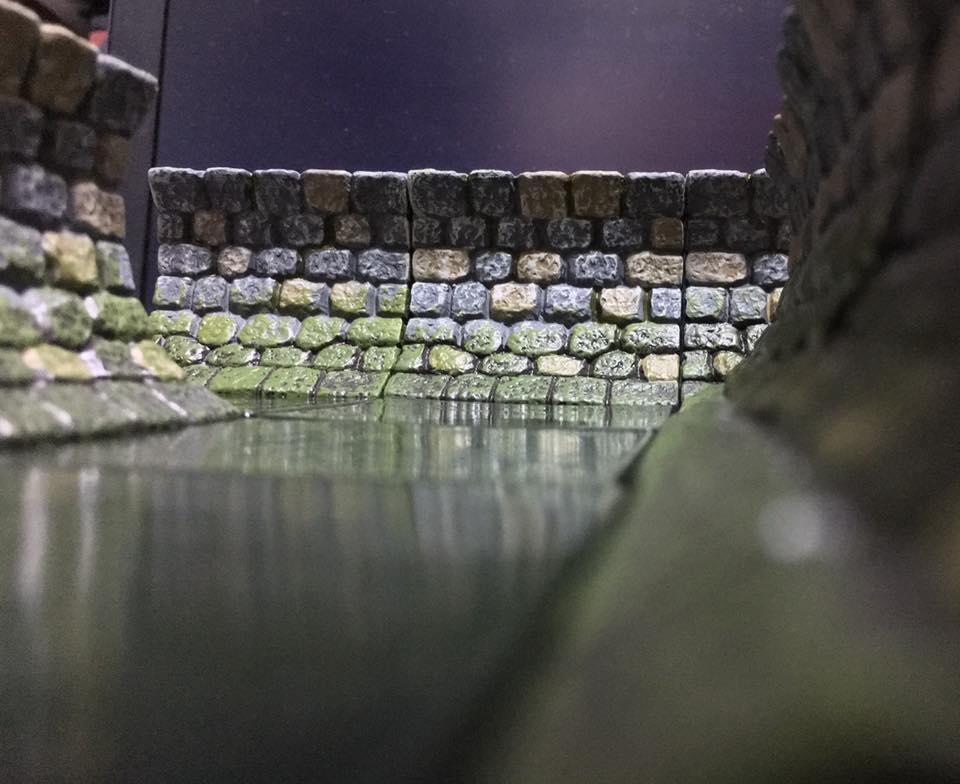 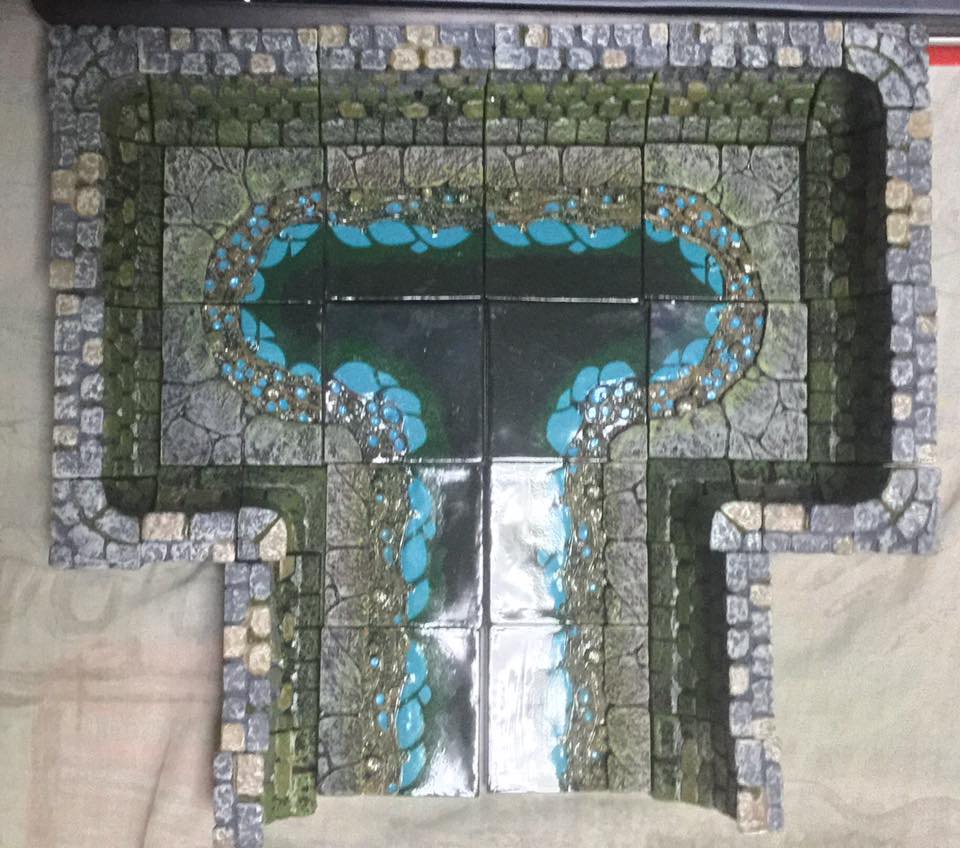 Mix of Dwavern Forge Cavern River and Sewer set. They match up well.

Obviously, since I have these pictures, I took delivery of these. They didn’t communicate that much but they didn’t need to — their track record spoke well enough.

Why did DF succeed so well? IMO, it’s because they were a business and did things in a business manner, had the necessary experience in shipping, and had done their R&D before going to KS, and had lined up logistics for things. They had a limited goal, which is to raise capital for mass production (and not research into mass production), and all their stretch targets was to build economies of scale for that. They were focused and experienced and that paid off.

So that’s Part 2. I’ll round off Part 3, which has a few KS that are more interesting to me, and then maybe have an opinion piece on KS for tabletop gaming.