So with the printer ready to go, I start with baby steps into 3D printing. Well actually I started with cubes, and I’ve started to amassed a collection..

Started with off-the-shelf models from Thingiverse, and the first I tried was a Halo-style sniper rifle. Aside from getting surprised at how small my print was — wrong setting — it also confirmed my suspicion that the models on Thingiverse are not always meant to be printed out right — you need to do some tinkering in some places.

Moved on to a second model, one of a Space Marine Dreadnought backpack. This is the result: 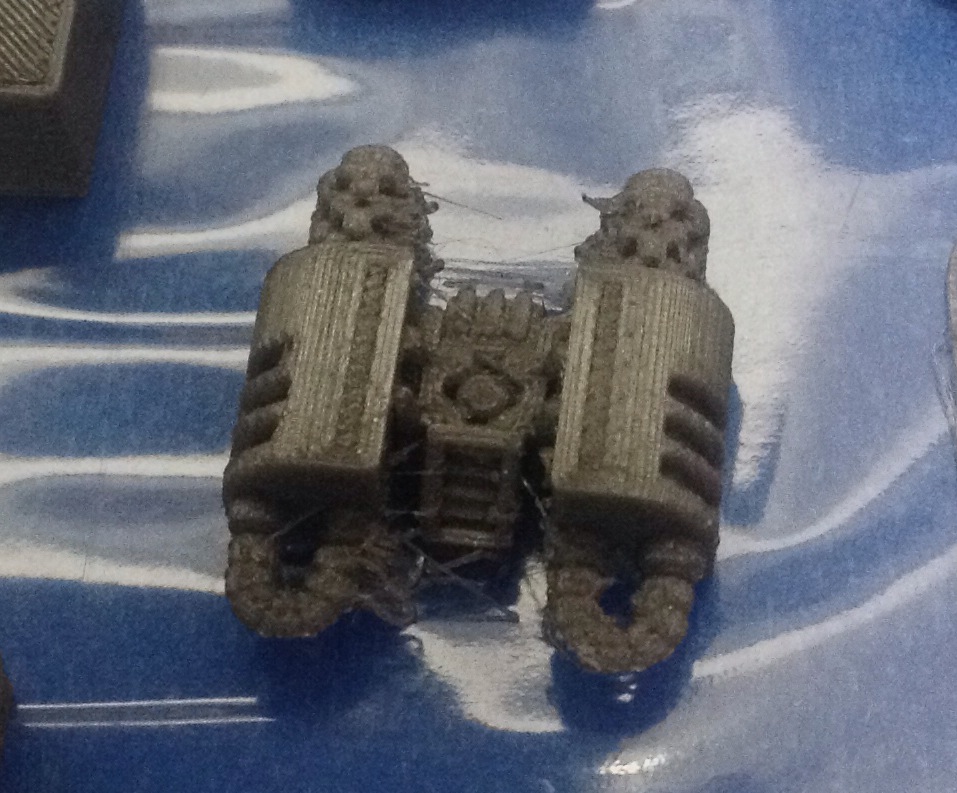 Doesn’t look too bad.. at first, but closer inspection showed terrible flaws in the cable and stacks. The basic model just doesn’t have the supports necessary for a good print, and things just float in the air and crumble away. No surprise really, just means you have to build your own library.

One thing that was perhaps overemphasized is the layer resolution. This printer (Printrbot Simple Metal) can print at 100 microns, but even at that resolution the human eye can see the layering. My perspective is that it’s not really that great to print up whole models, but to print in sub-assemblies for final assembly by hand. That also solved the time issue — the most consuming part is to raise the printer head 100 micron at a time for a print that’s say, 50mm high. Keeping prints low should help the time factor. 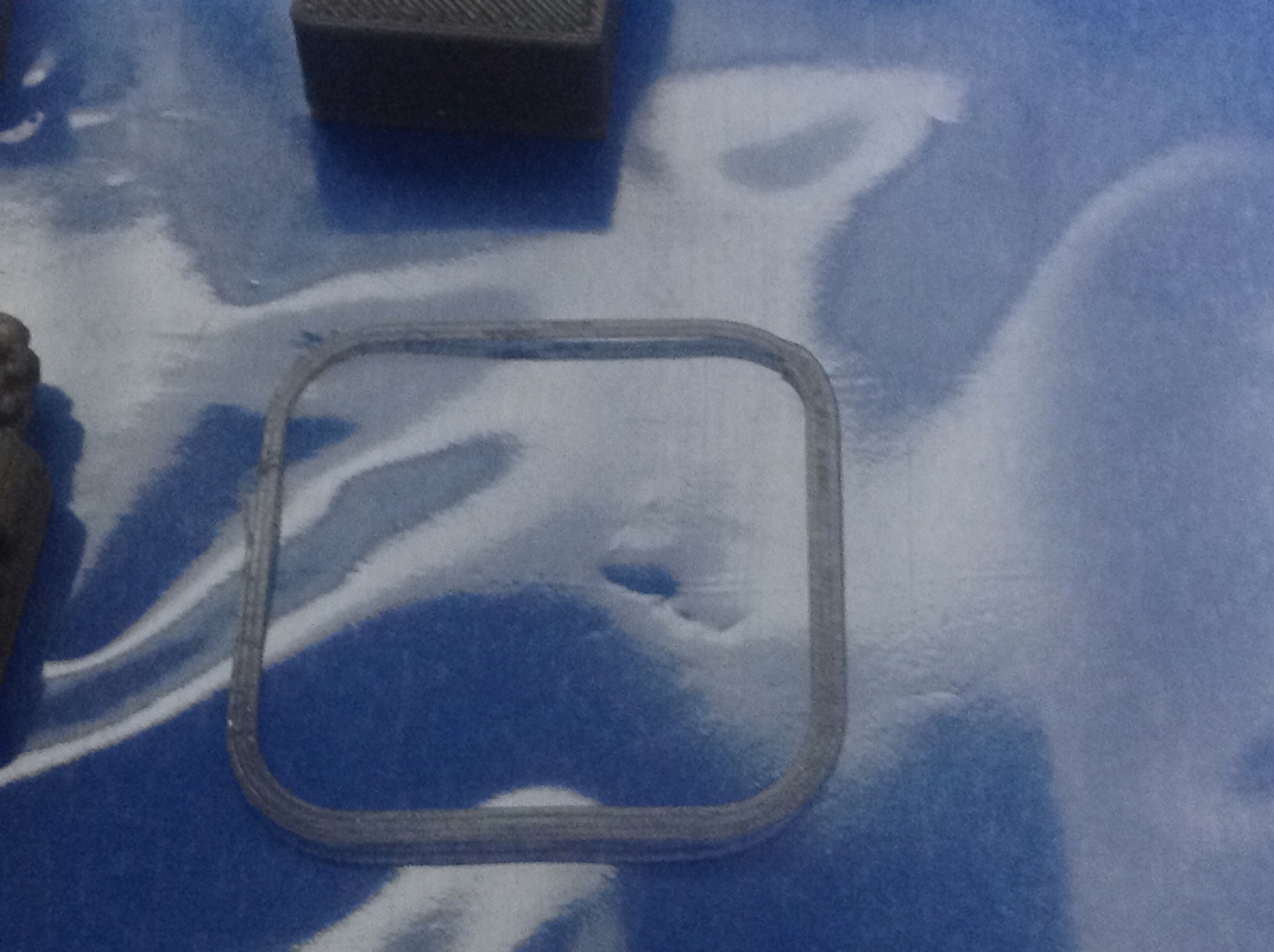 The other factor is horizontal (X-Y) resolution. While the motors on any decent printer are going to be able to do very small steps, the hot end nozzle is still going to be around the standard 0.4mm.. which means your X-Y resolution will have to go around that. It’s most obvious in the skirt above, where you can clearly see the broad bands of plastics that made up the skirt.

So having done calibration cubes, a failed rifle print, a somewhat poorish model part, the next print I tried was a bunch of customizeable N-scale (1/150ish) buildings. Turns out quite decently for 1/100 I think, but need to tweak: 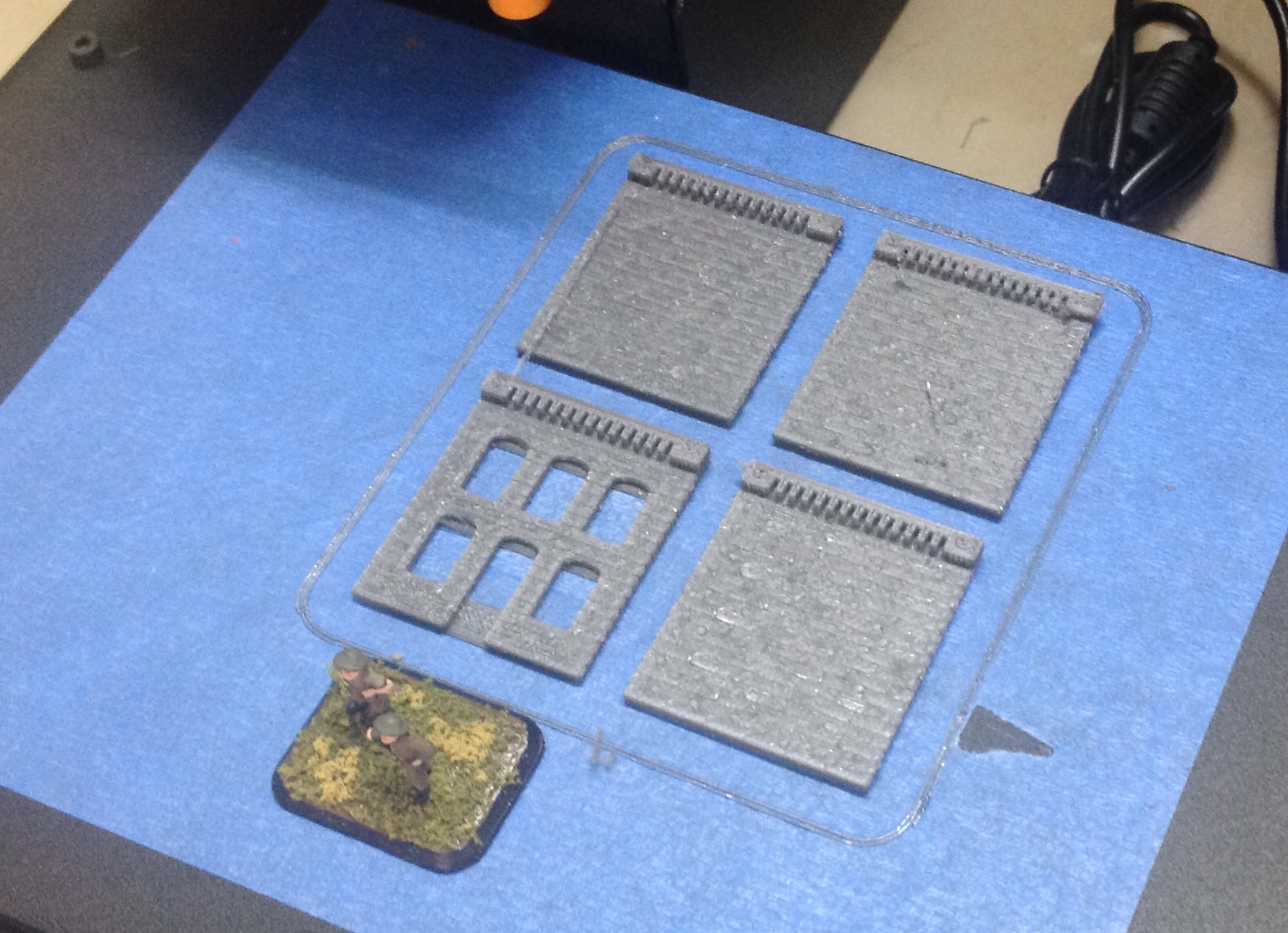 Took just over an hour and 4 meters of plastic to print the above, and it’s actually a bit small. But the print runs well and aside from lousy brick details which soaks time and material to print, it’s actually quite good.

I’ve since tweaked the settings and is now trying for a slightly bigger building, to accomodate FoW medium bases. Got to wait to see how that turns out.