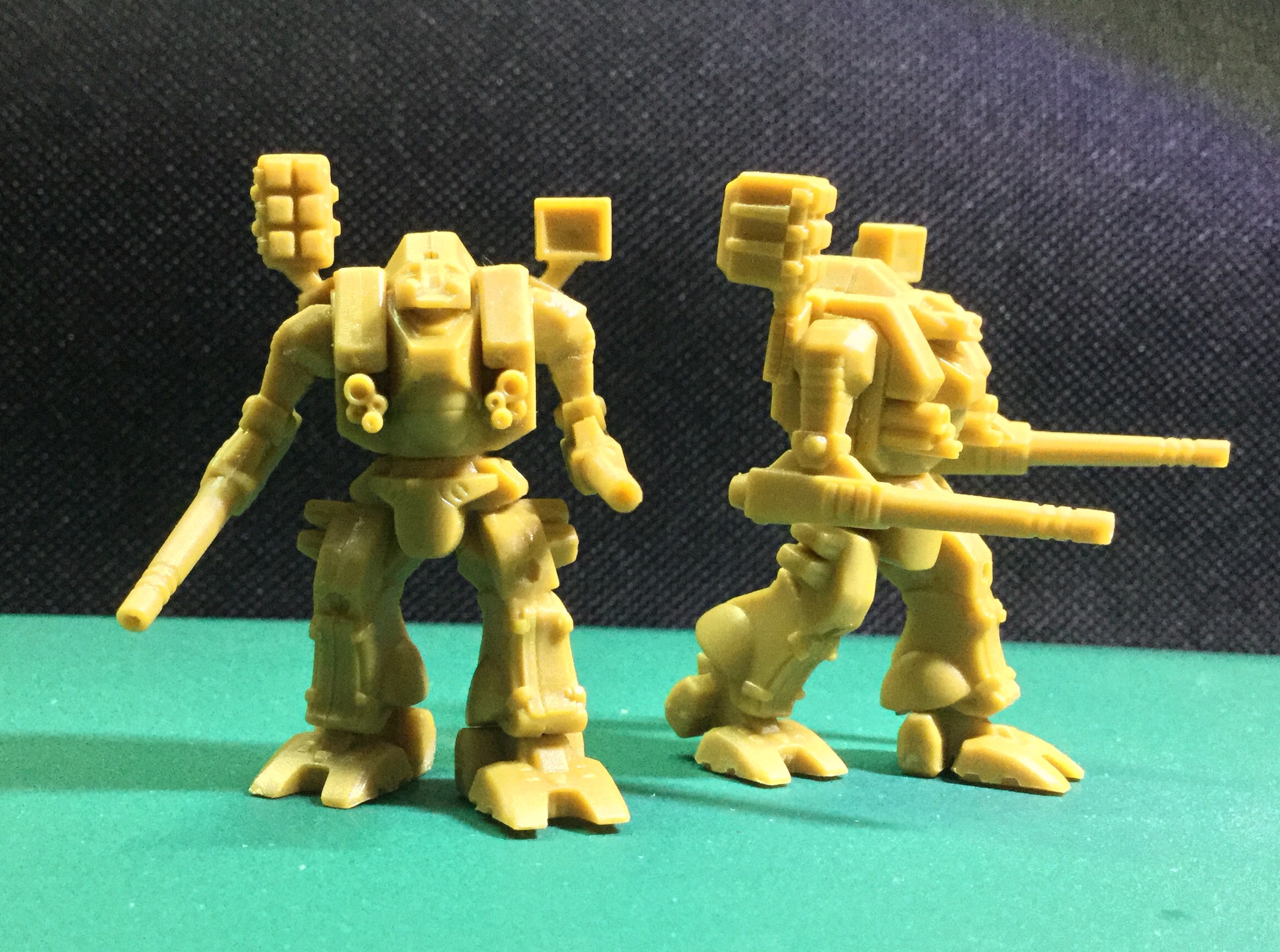 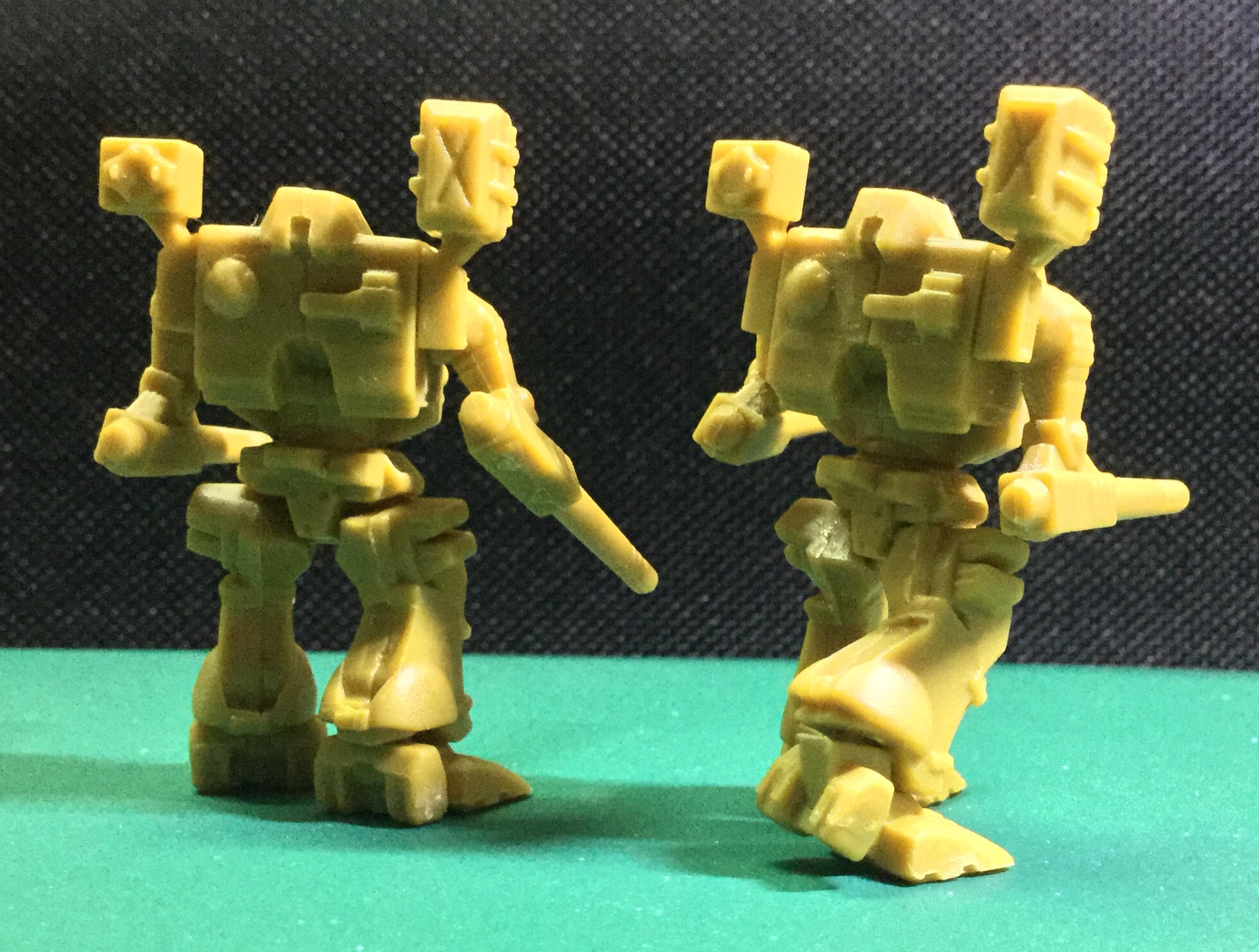 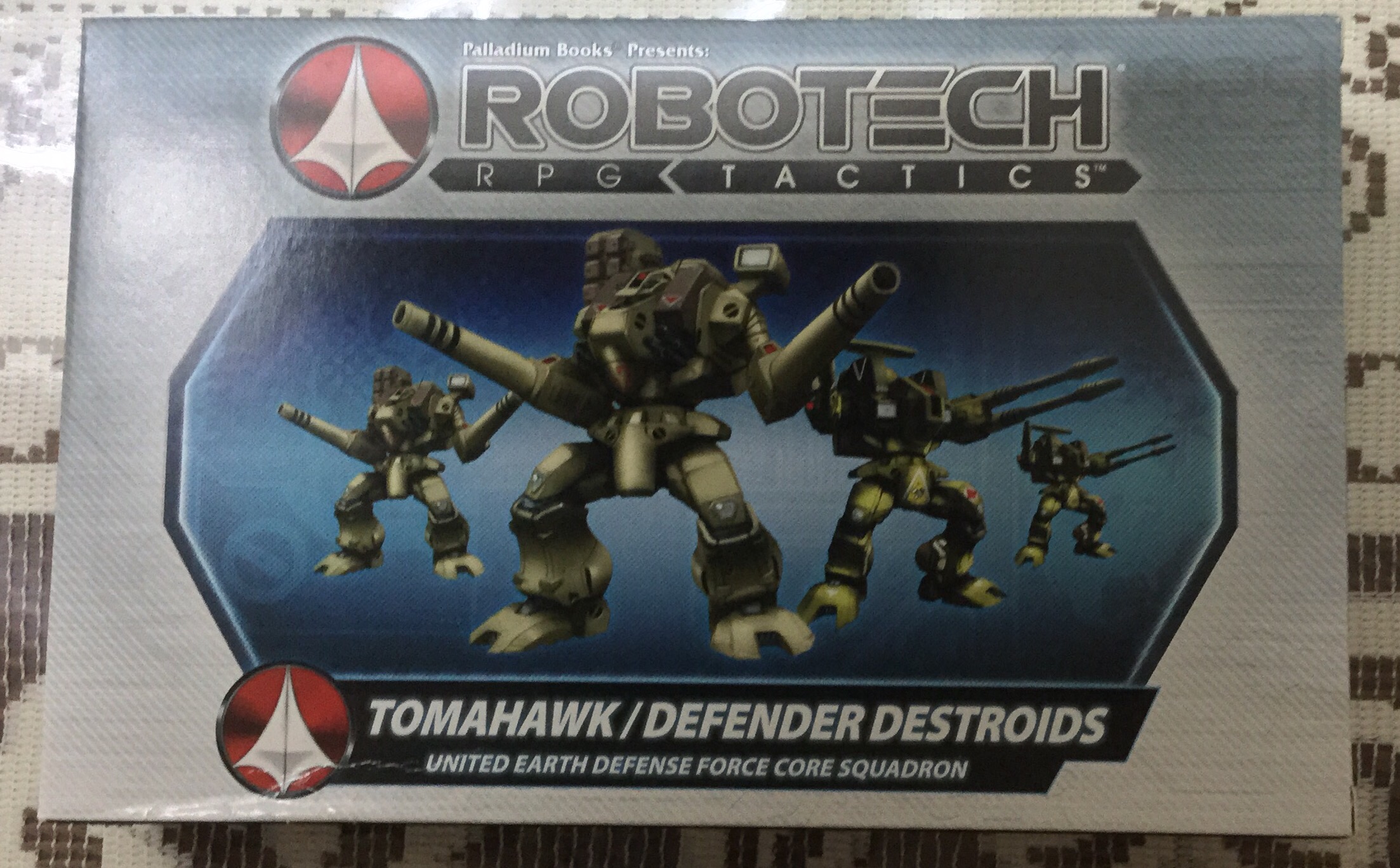 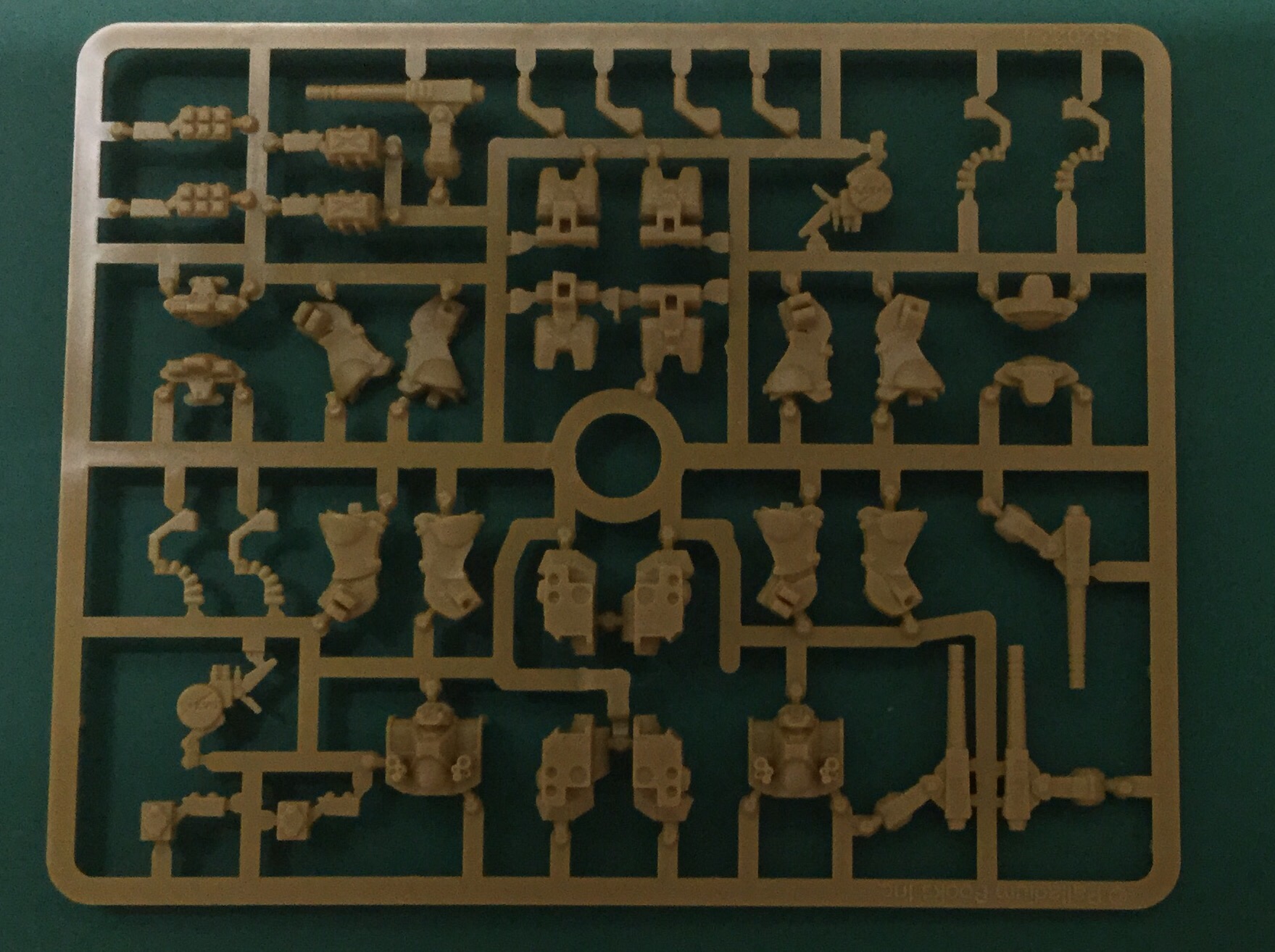 The box art and sprue — I nearly forgot to take photos and as a result had snipped out two leg parts. Still, you get a sense of how the parts are laid out. Quite disturbingly on first look is how many parts are split specifically down the centre, resulting in visible seams. 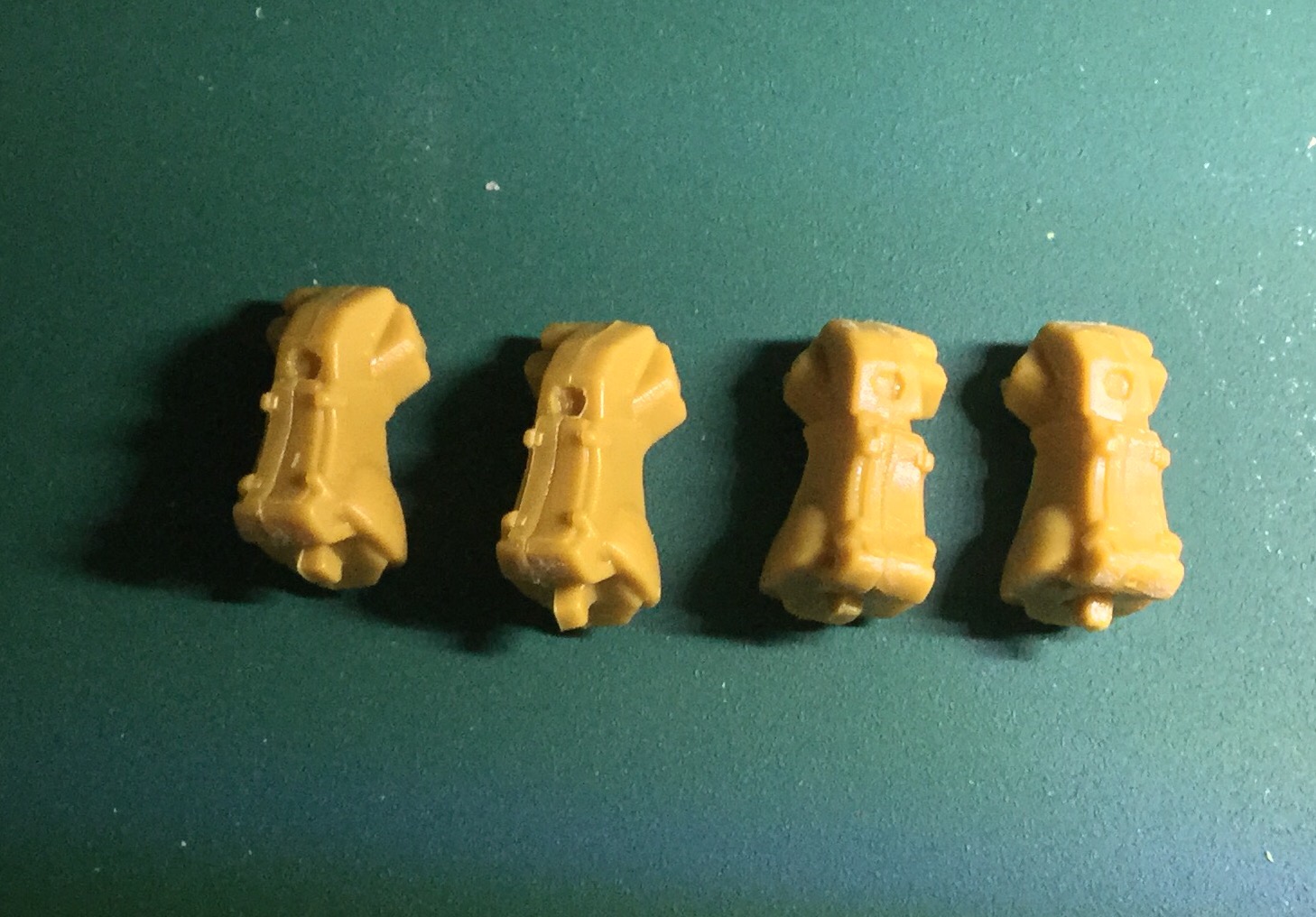 This is already visible on the lower legs, and on top of that, the details are soft, and mold lines and odd flash are abundant, but thankfully not in places that would be problematic. Also, see that hole near that knee? That’s supposed to be a spotlight IIRC, so in this scale the designers could have just filled it in with some details with no loss. 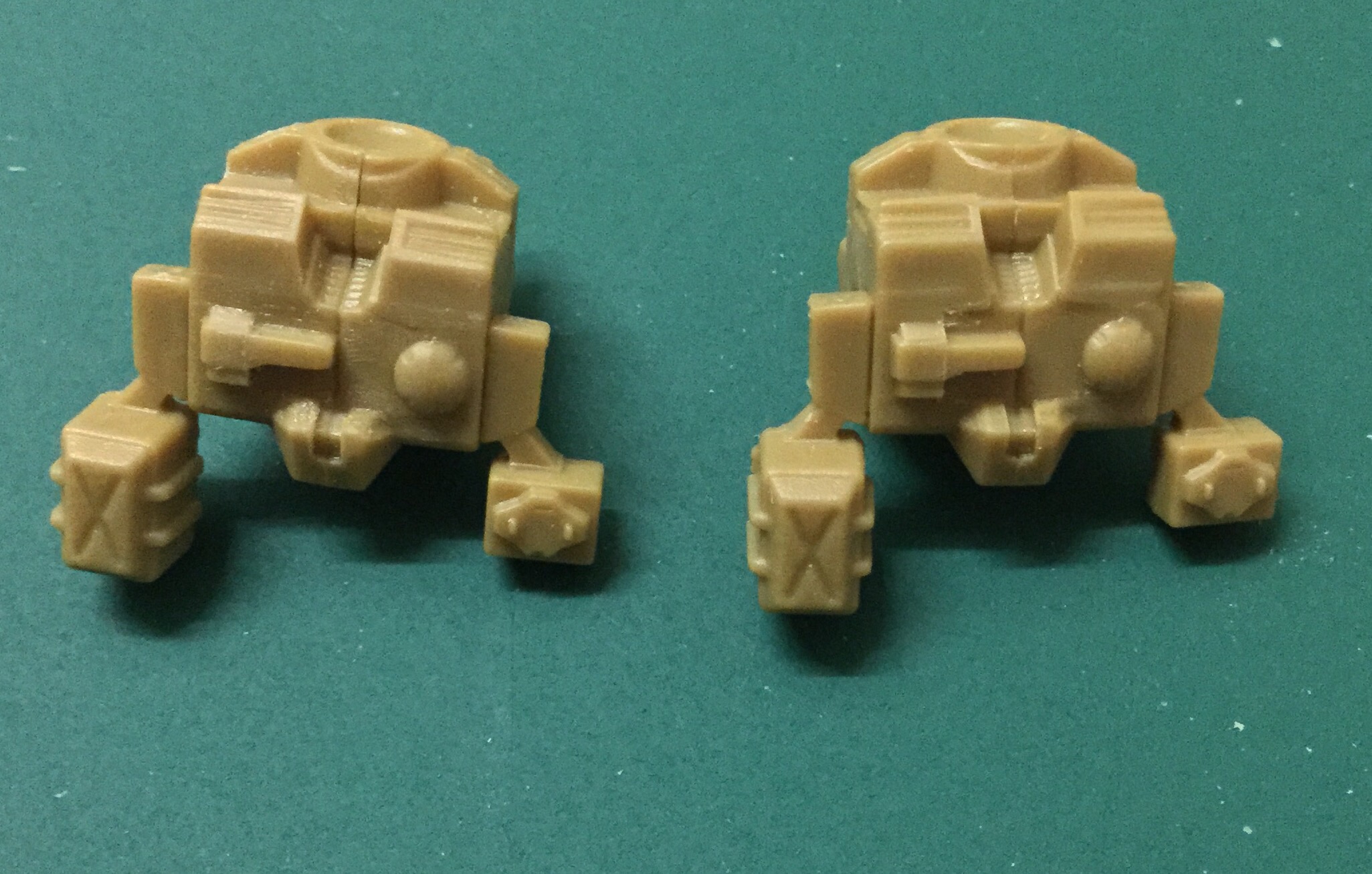 The torso is similarly a mystery. Instead of a front-and-back, they instead opted to go with a front plate, and two back parts. While I suppose this help to capture some details, it resulted in mold lines and flash along the back, which meant it’s difficult to remove. On top of that, they decided to give modellers the option to have the torso missile racks opened or close… and their implementation of open missile racks is that of two equal halves. Thankfully, I intend to model all my Tomahawks with the torso missile racks closed, so that’s not a problem I’d have. 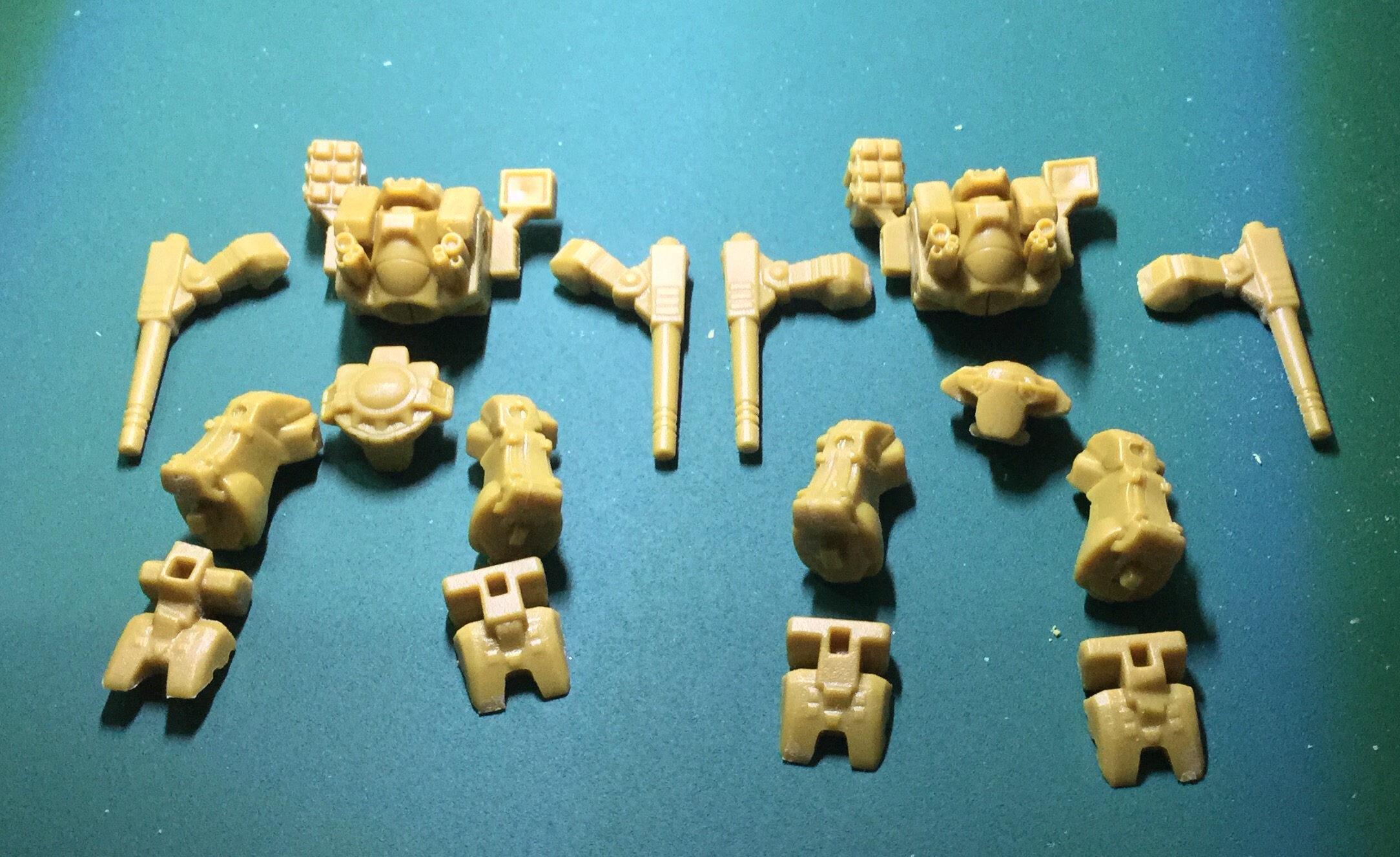 Still, that meant an entire upper torso, minus the searchlight and right shoulder missile pod, is in 5 pieces; with the two, 8 pieces. Plus lower torso and legs, a total of 16 pieces, and with arms, 18 pieces. That’s a lot of pieces for a mech… on top of that, there’s not much posability, the feet joints are fairly fixed, there’s no knee joint, and the hips fit terribly; I had a hard time keeping them upright while the glue cured. The torso had no real up/ down elevation, just side-to-side rotation.

The arms came in two variety, with one arm with the PPC pointed and the other with the PPC more neutral. The issue is that the neutral arm will lock into place with the searchlight/ missile pod, which leaves little posability. Incidentally, the instructions are wrong where the arms are concerned, I believe for production reasons, the arms are one piece parts, not the two pieces in the instruction. Not a big deal, but reduces the posability. And oh, while they could have barrels for the chest gun clusters, you do need to drill out the arm PPC barrels…

My, that went off into a rant…

Basically the build process is a pain. Too much work for the size of the mini. By comparison, a GW Space Marine is 10 pieces, just above half of this mini, with better details and posability, at roughly the same price point. Frankly I wasn’t too pleased with the build. I frankly cannot recall a modern kit that goes out of its way to put seams down the center of as many parts as this did.

But how does it look? Well… a bit soft on the details, but once it’s put together, decent. The design opted to go with empty feet and as a result the mech is top heavy, prone to tipping over. It’s not terrible with a bit of posing, and it’s supposed to be on a wider base, so that’s not bad.

Because, let’s be honest here, I got these as a way to get Battletech Warhammers, I put together a comparison pic with other Mechs of similar tonnages:

It fits well enough, not too out of scale. quite usable.

Overall? I feel that this is the mini we ended up getting, but not the mini that the Robotech series deserves. The production values smack of corner cutting and over-promises in the initial stages. Compromises were made when the technologies or experience/ skillset failed to match up and as a result the end product suffered. That the product management is willing to let things go and get this product out the door doesn’t speak well of them.

I don’t have a choice in the matter because Harmony Gold squats on top of the rights and prevent better companies from contributing, so I’m stuck with these. But, yeah, I’ll try to minimize my purchases. Not too happy about this.