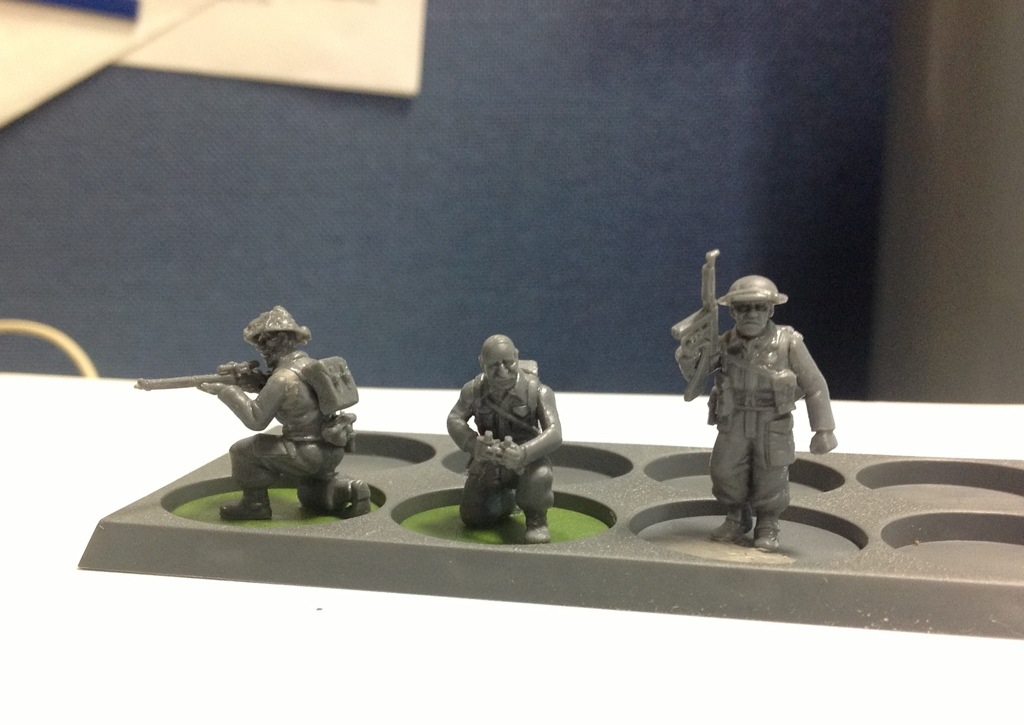 Officer with the sniper team. The officer started out as an SMG-armed NCO intended to lead a section, but he got such a Daniel Craig vibe that well,,, he got promoted, 😉

Sniper team gave some trouble as the arm didn’t match up properly. That’s one problem with the BAM minis — some arms are clearly meant to work with certain torsos, and would need putty work to mesh properly.

I do quite like the look of the spotter though, might want to leave the helmet off him. 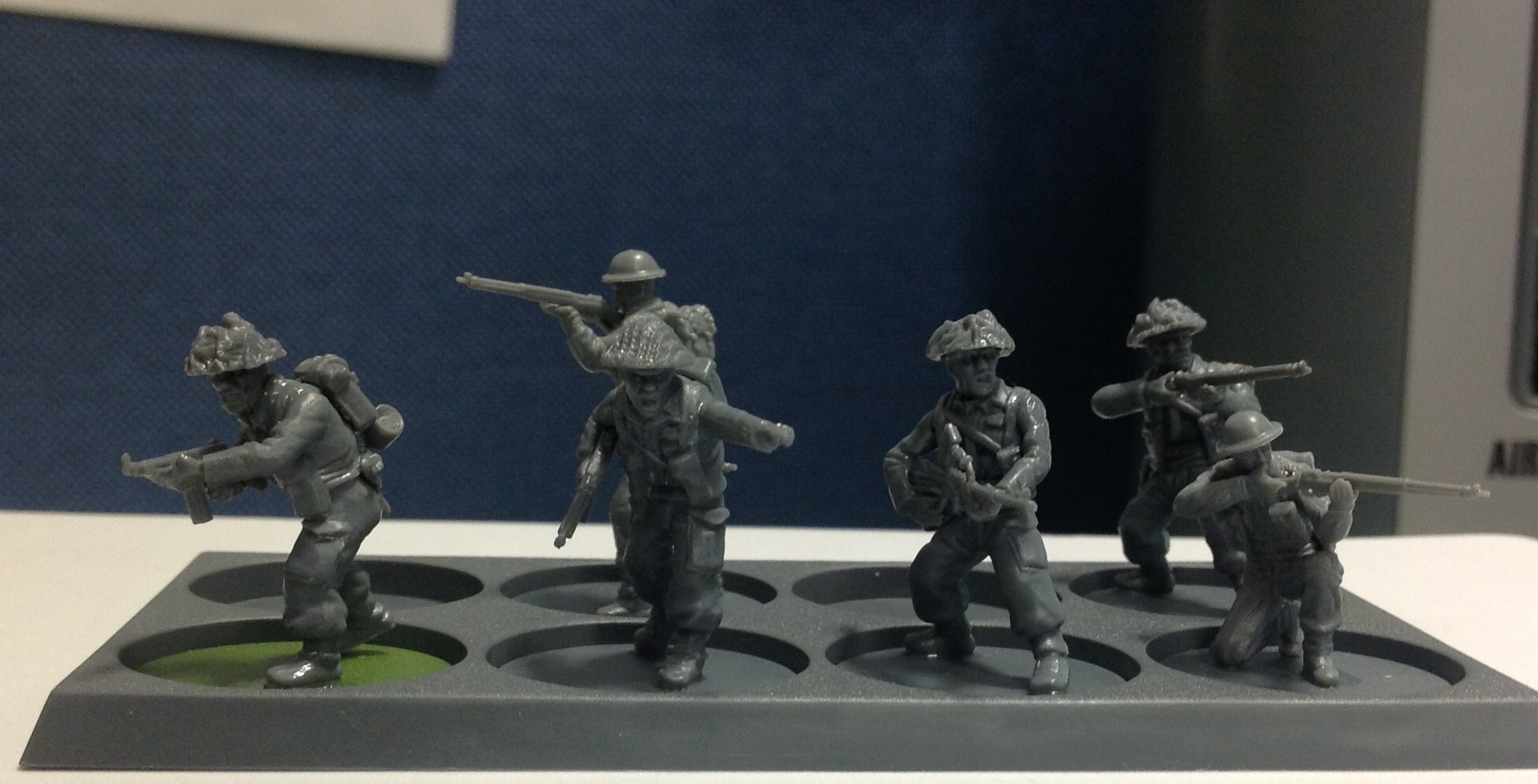 First section was organized to have a more “suppressive fire” look, putting more of the minis that turned out to have a shooting look. You can see some of the Tamiya models scattered in. They do look a little out of place, but not terribly so IMO. 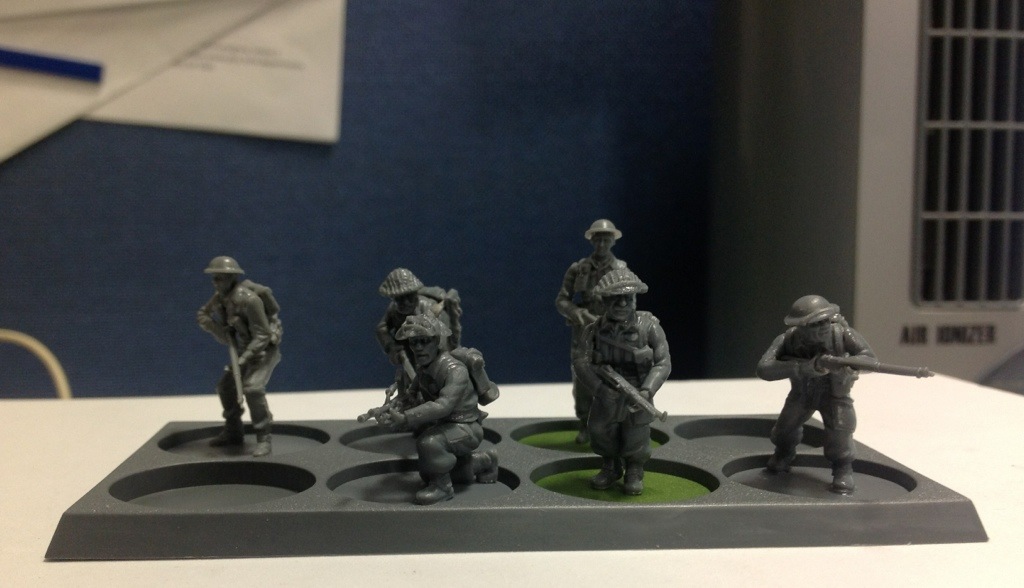 Second section was organized to have a more cautious advance look. More crouching, less firing. The Tamiya SMG carrier at the back is freakishly tall even amongst his Tamiya mates. Not too sure whether I want to replaced him though.

So the basic requirements are meant. I still have another section planned, and a PIAT team, plus some HQ units. Starting to get weary of the BAM sprue though, there’s only so many variations of the same 5 torsos to you can pull.