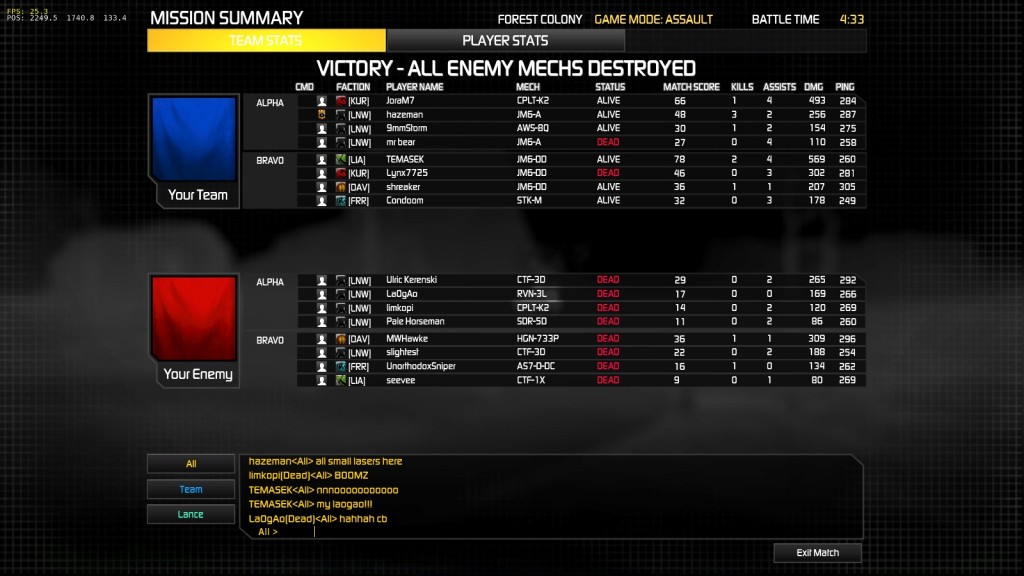 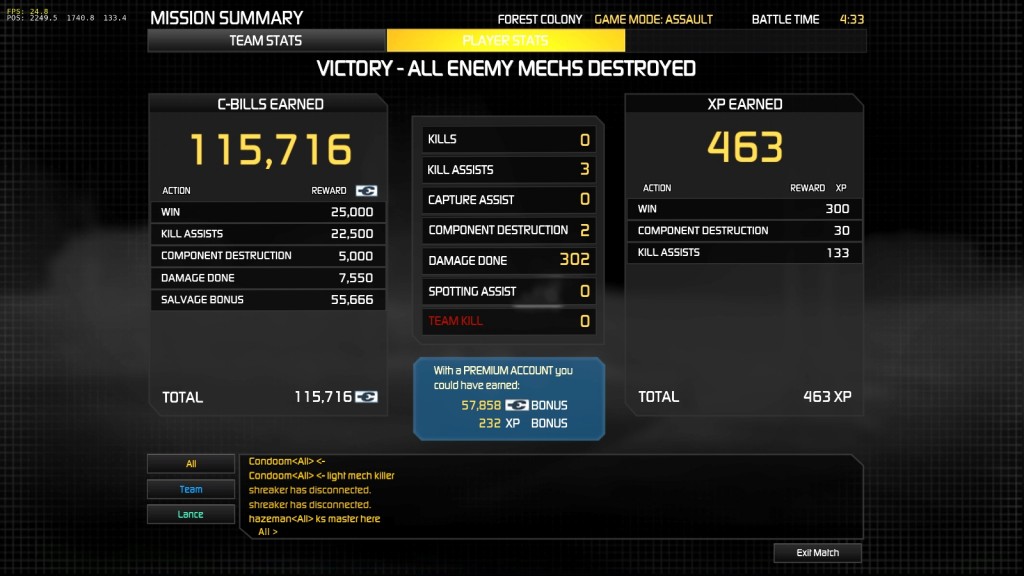 Died fairly early, but still did a respectable amount of damage. Team just had waaaay too many AC20s, and it shows.

Second game, the opposing team swapped for more Assaults, and I accidentally over-extended.. so boomed. Dead:

Team tried, but there’s just too many Assaults.

Third game, we had some people swap in and out, so we swap out the mechs too. Went heavier with LRMs. Resulting.. well, I didn’t actually see many of my targets, so it’s fairly boring:

Didn’t really know what the opposing team was doing, but I kept seeing them fairly piecemeal. I’ve already moved to a non-conventional position, so wasn’t really threatened by any of them.

Fourth (turns out to be last game) game, we went nuts. And was robbed: