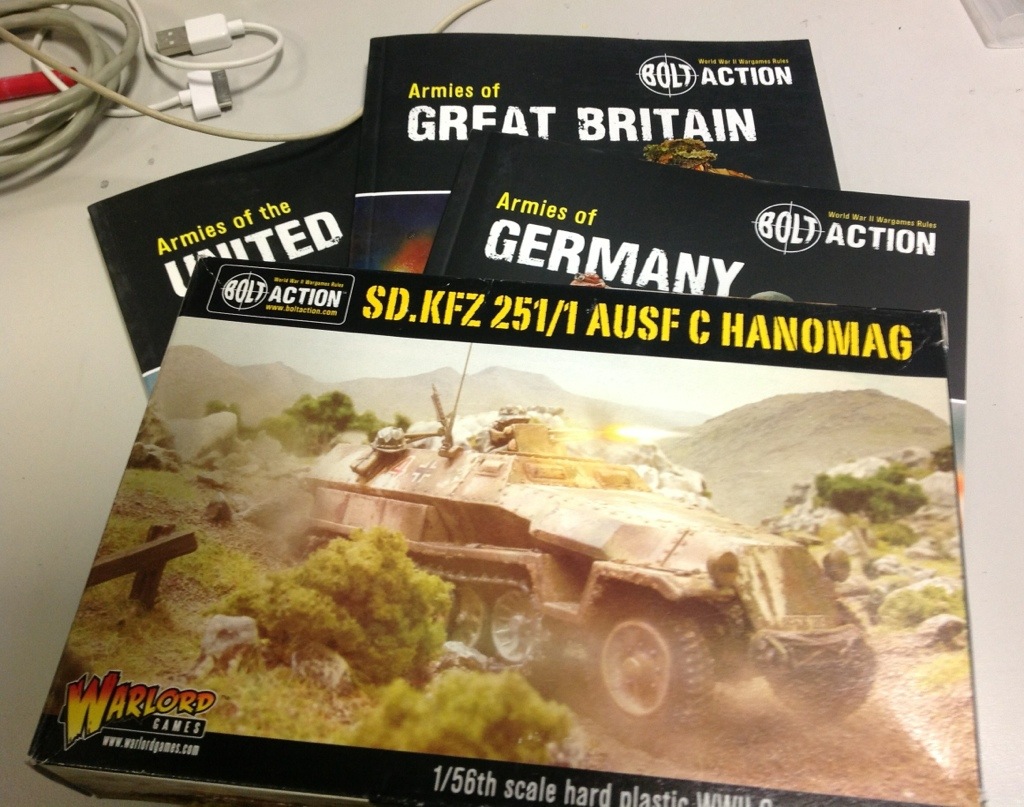 One of the systems I’m watching with interest is actually Bolt Action, or Bolt Action Miniatures (BAM), which was acquired by Warlord Games a few years ago. The system looks decent, but there’s always the miniature problem. 28mm gaming isn’t exactly a definitive scale but it’s so close to 1/48 that it’s tantalizing. And Tamiya does produce some very nice 1/48 models…

So I finally got around to comparing between Warlord’s 28mm infantry and Tamiya’s 1/48 infantry. FWIW, Warlord’s vehicle kit is marked as 1/56 scale. Parts breakdown: 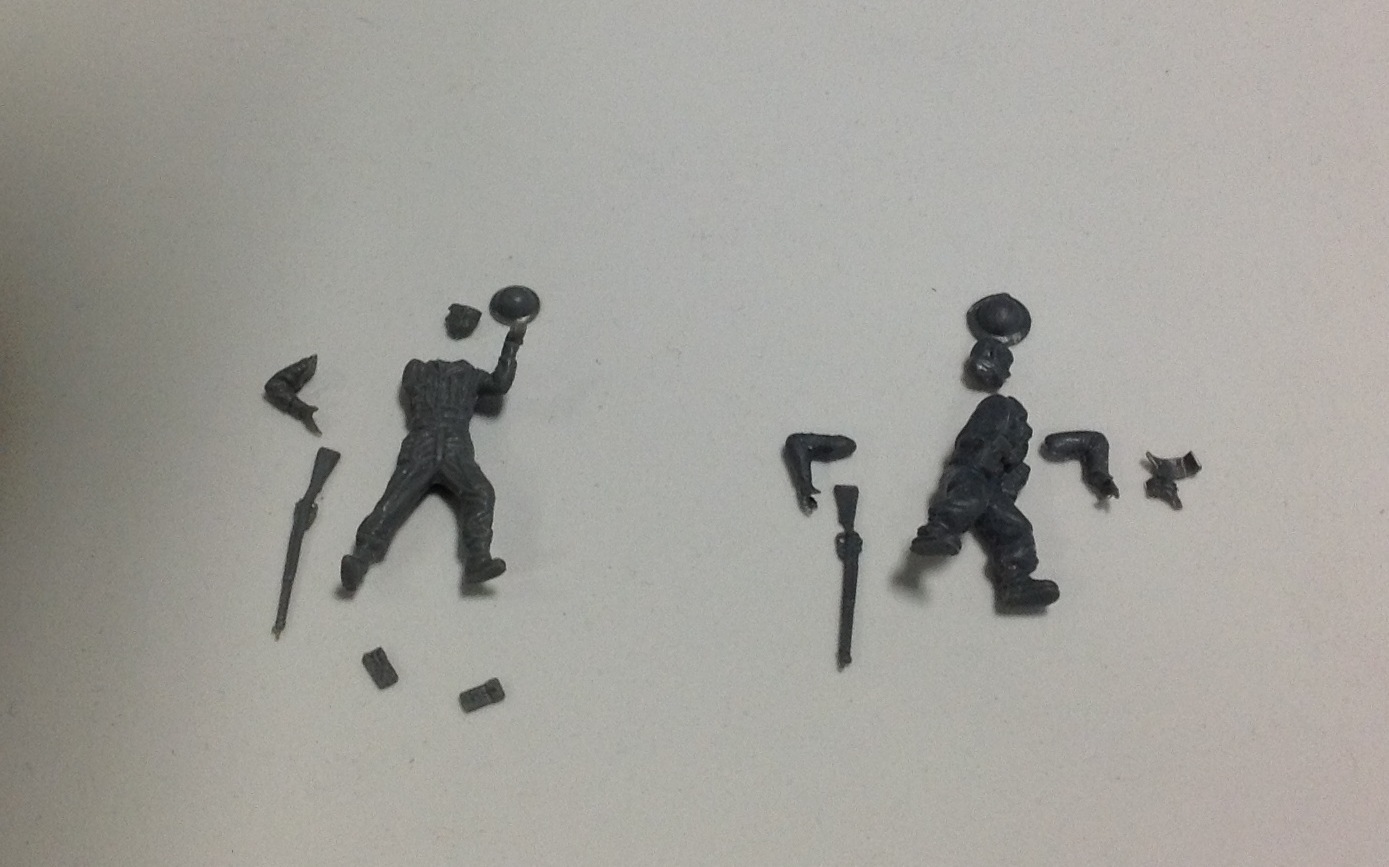 As can be seen, Tamiya’s infantry is slightly taller, and is in more parts, and is not poseable per se; I’m also rather surprised at the general softness of the details, it’s not as crisp as the 1/35 scale models. Interestingly, the human might be taller, but the hardware, particularly the rifle, s pretty much the same length.

BAM’s mini, OTOH, is squatter, has bigger feet and head, is generally more poseable (though by no means great), and looks a bit awkward. Lesser parts, which is nice for gaming miniatures. 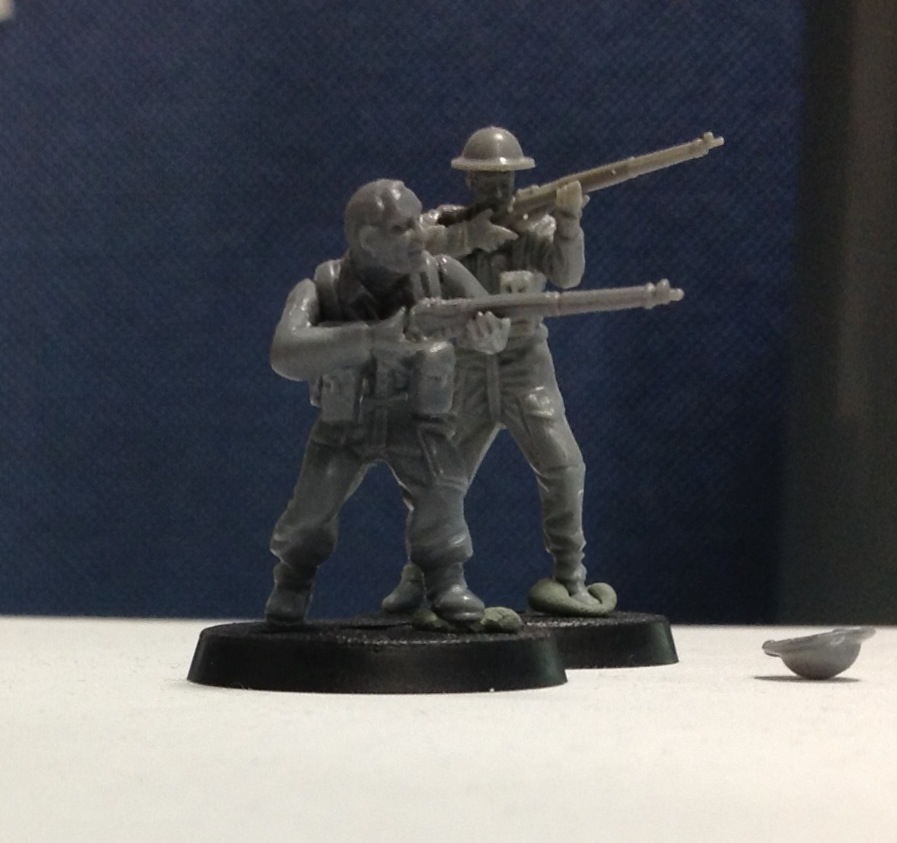 Tamiya is generally taller, but not so terribly out of scale that they look odd. Given their less heroic stature, they end up looking like weedier grots next to BAM minis. 😉 but not terribly out; still usable.

Also, I shook out some Dust minis for comparison: 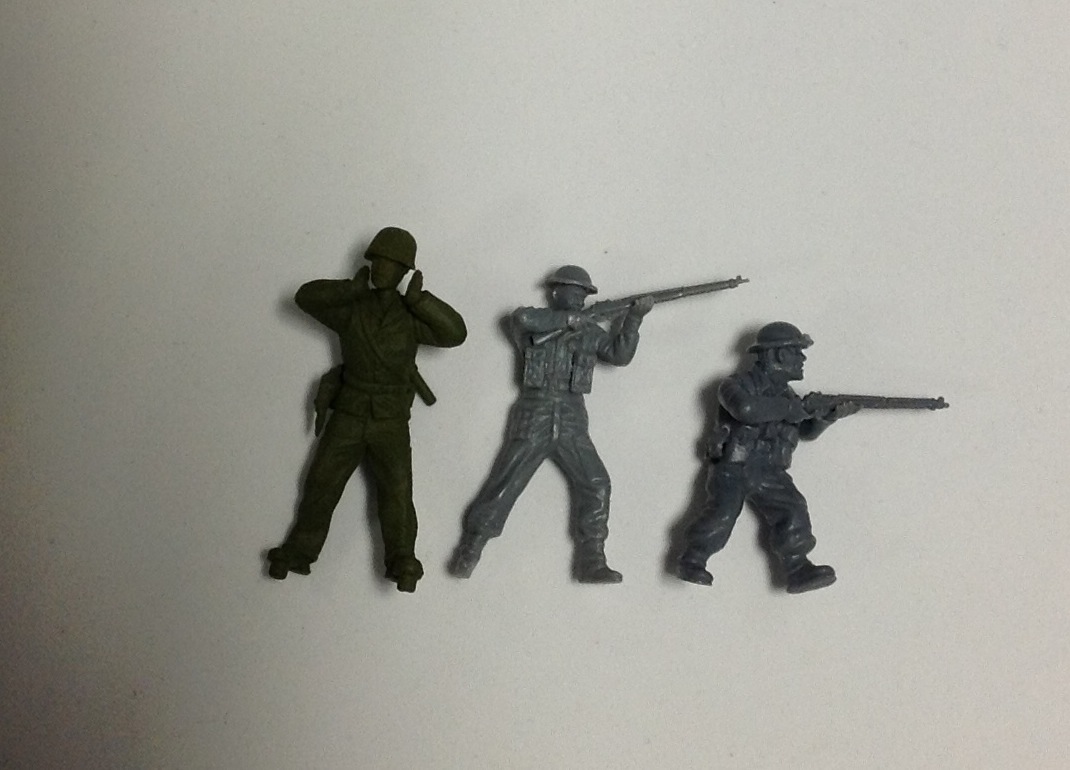 With regards to the BAM Army Books, I looked through them. You don’t need them per se to game, the BAM rulebook army list is sufficient… But the BAM rulebook only really have one late war list, whereas the Army Book has multiple years, different theater lists. The point values between the rulebook and Army Book (at least for the Brits) is also different, with some units getting additional rules.

Worthwhile to get? I don’t know… Really, I don’t. It’s not a bad read but also not super critical. One thing is that the Army Books look complete, I’m not sure what other product are in the pipe from Warlord, but it doesn’t look like I exactly need to buy other books if I get this Army Book.

One Response to BAM, Dust and Tamiya