I’m actually quite taken with the Vallejo Model Air line. This line is meant for airbrushes, but that also means the paints come pre-thinned and as such are easy to work with even with a brush.

I’m working on tracks today and using the Rust bottle to get into the crevices: 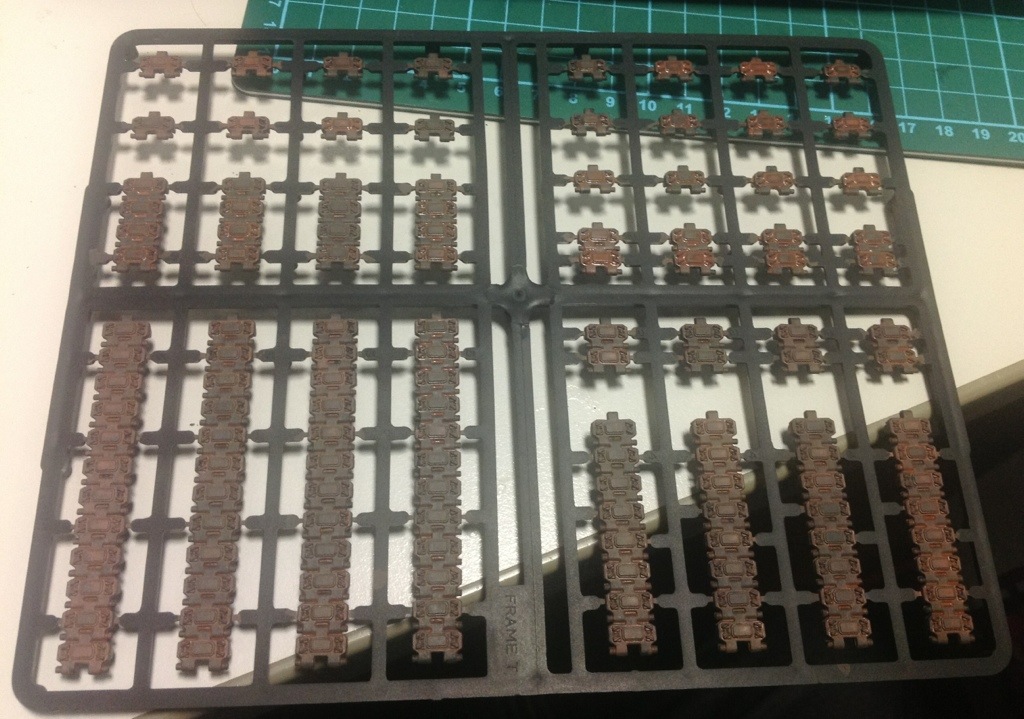 Started from lower left and worked towards upper right. One peculiarity of Vallejo Model line (not the Vallejo Game line) is that some colours change tone as they dry. Classic example is Middlestone; starts screaming banana yellow, dries into a pleasant green-yellow.

In this case the watered down Rust starts mud, but dries to a very nice rusted look. Whatever other faults Vallejo may have, they do know their colours.

So end up brushing steel over these, as they are meant to be working tracks; ‘live’ tracks don’t rust to this extent, pulling tanks over rough ground tends to remove surface rust. The rust colour is for the crevices, where less contact happens:

Looks a bit wasted effort, but some of these won’t be used, so I can rust them over again.