When I first heard about the Dark Talon/ Nephilim, I thought that it would be more of a Storm Talon variant. Initial photos do sort of bear it out.

But breaking the box, it soon became apparent that the Nephilim isn’t a Talon clone.. More a cousin. 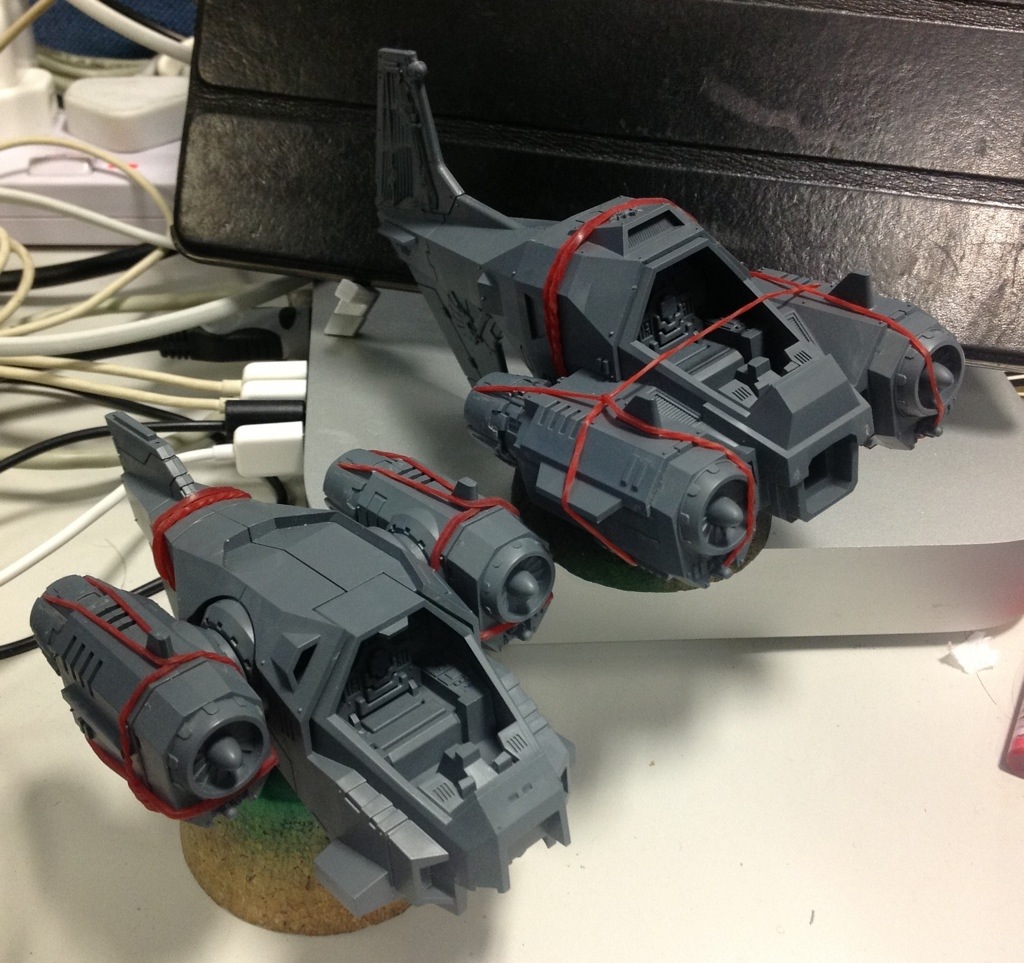 As you can see, the Nephilim is significantly longer, wider even without the wings. Engine pods were Talon pods.. Then someone went to tweak little details. Engine exhaust was Talon exhaust, but combined and simplified — the Talon exhaust was terrible as the see through vents gave room to install the exhaust wrongly and if you are picky, required subassembly painting before final fit.

Rear landing gear was eliminated on the Nephilim, and the whole upper hull was redesigned — the two kits have the same cockpit but the upper hulls are not compatible. There are some parts compatibility, but that’s more by accident then design.

Which is puzzling because why would GW spend money to tool a kit that has low compatibility? Particularly for the Dark Angels, which is popular but not great in the fan base. The lack of options in the Nephilim kit is a bit unwelcomed, especially once I realized how much option was available in the Talon kit. Ugly as it might be, but it does give you plenty of options.

I initially bought a Talon kit partly to see the fuss and partly as a hedge for the new Dark Angels codex. As it happened, the hedge failed, but I’m not too unhappy; I’m going to use the Nephilim kit to build a Nephilim, then use the leftover parts with the Talon to create a new Dark Talon.