sg-lynx.net » Miniatures » When you absolutely need to level a city block. Or two.

When you absolutely need to level a city block. Or two.

Warning: large numbers of images after the jump.

Some of you would have seen this before, this is more a reshoot and transfer to this blog.

When the Ork Bommer was released, the kit basically sold itself to me. The basic sculpt, the options, all appealed to the modeler in me. So I go a pair and bashed one box up: 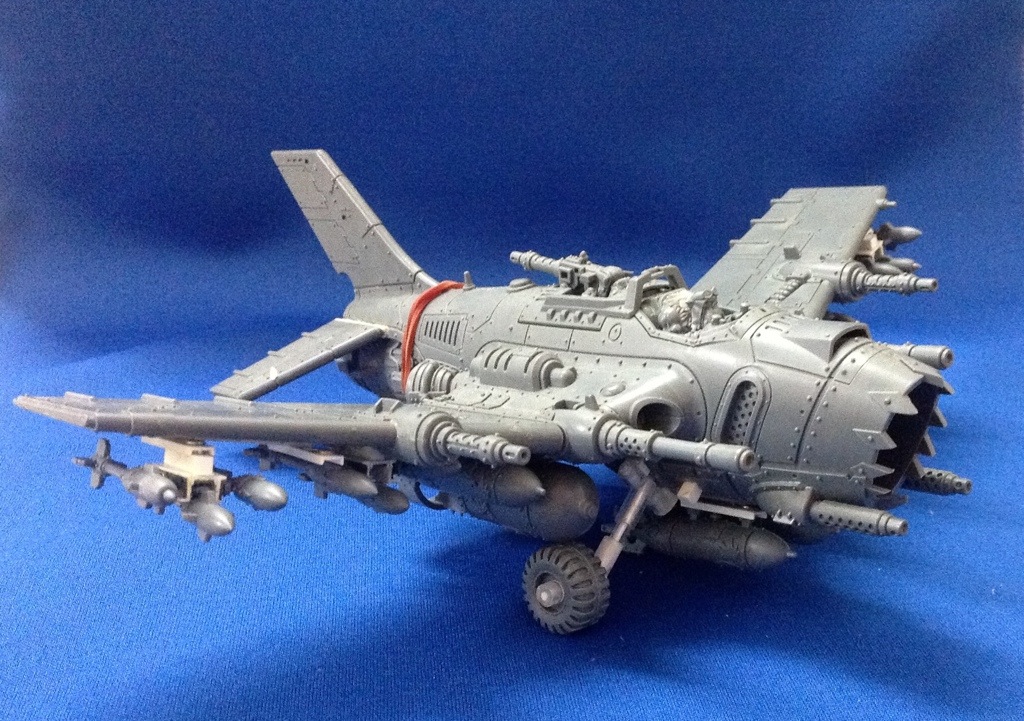 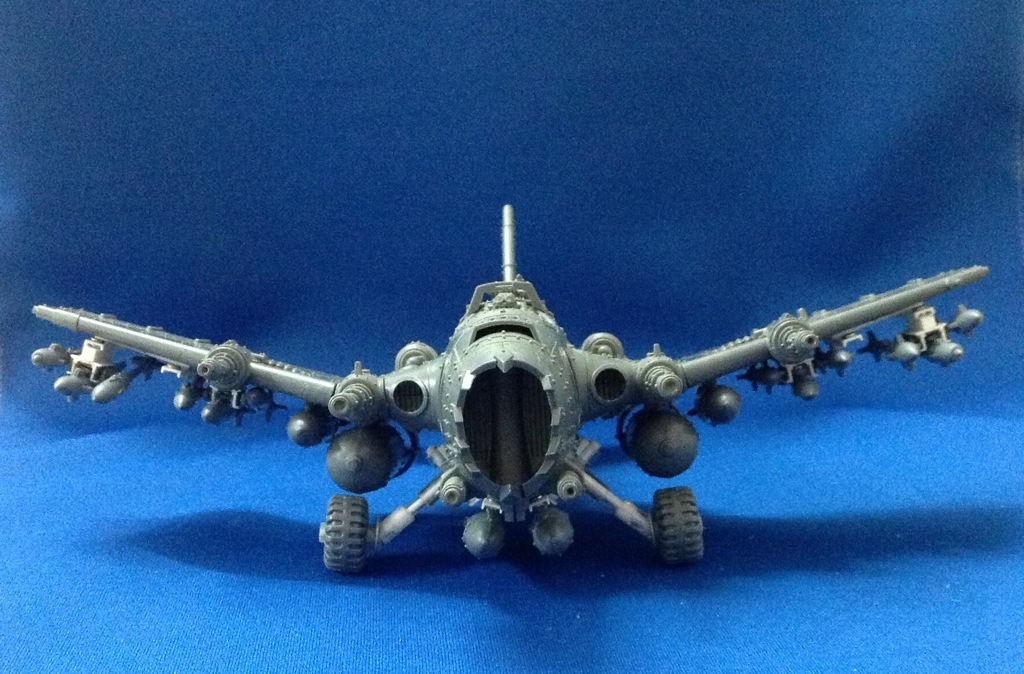 From the side, with the plane (somewhat) levelled: 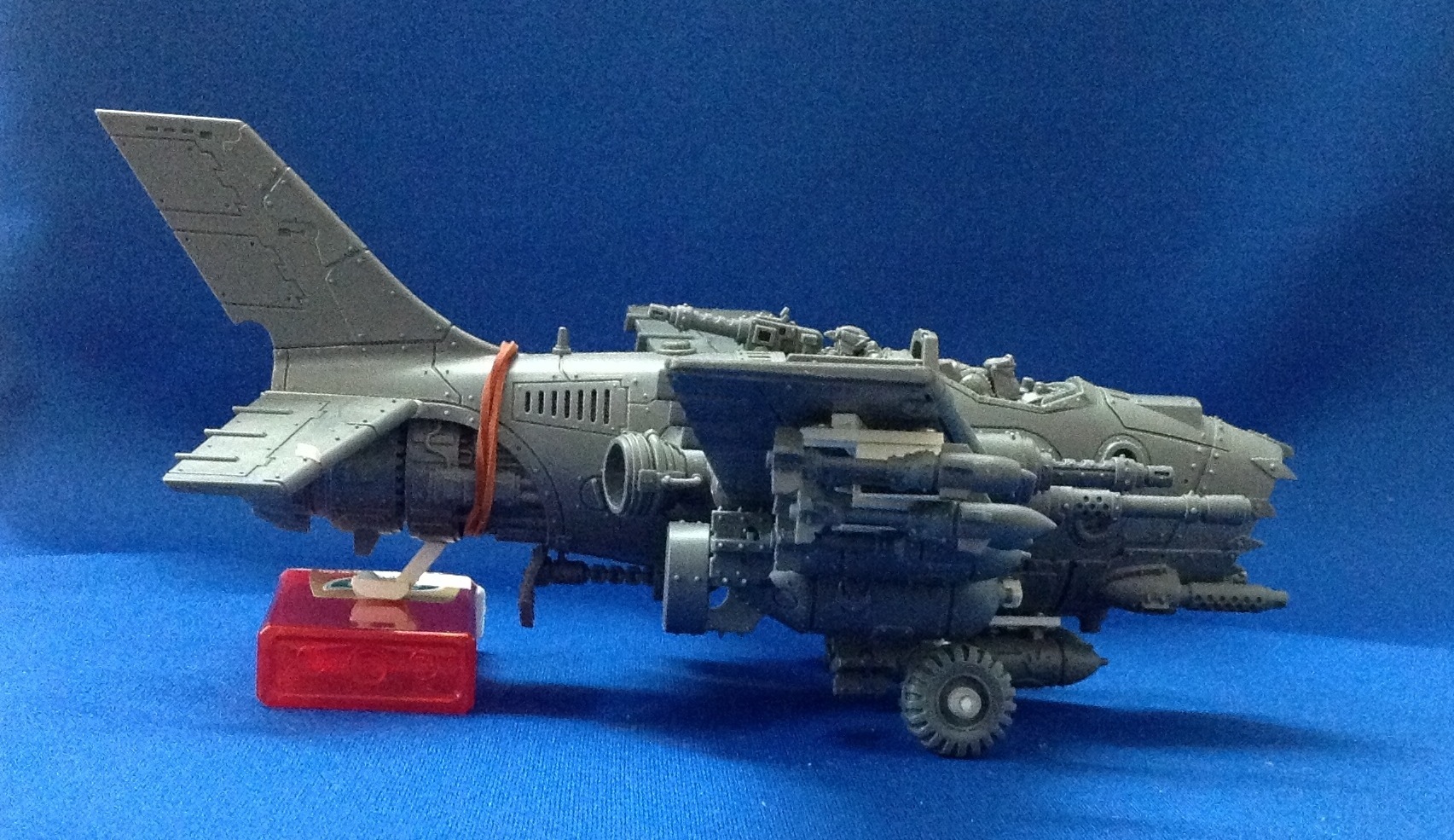 From the rear, the plane looks surprisingly clean: 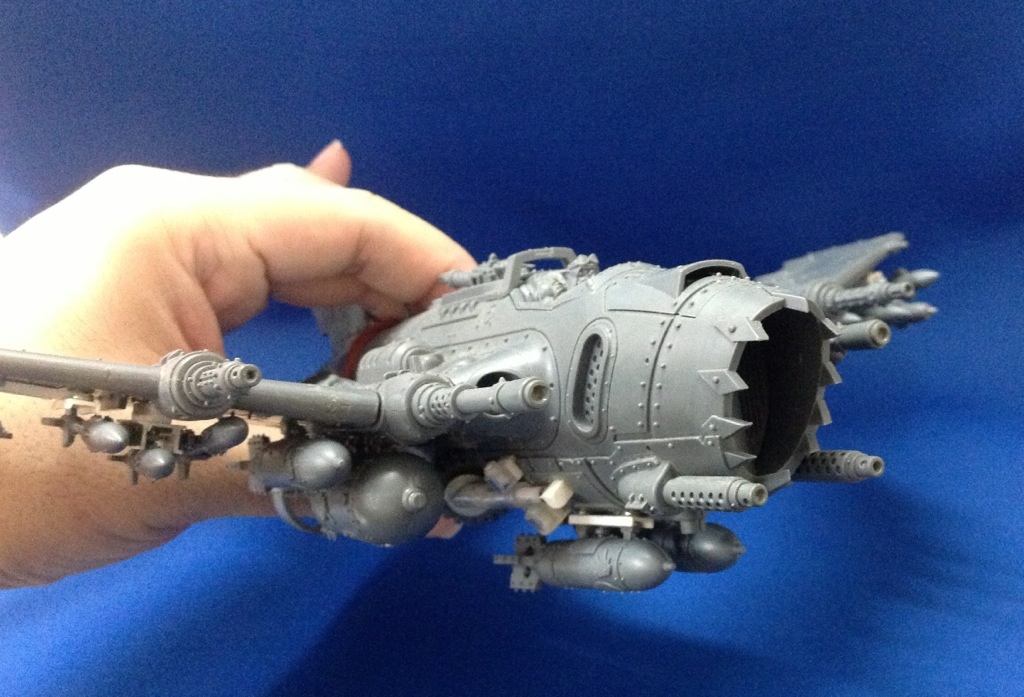 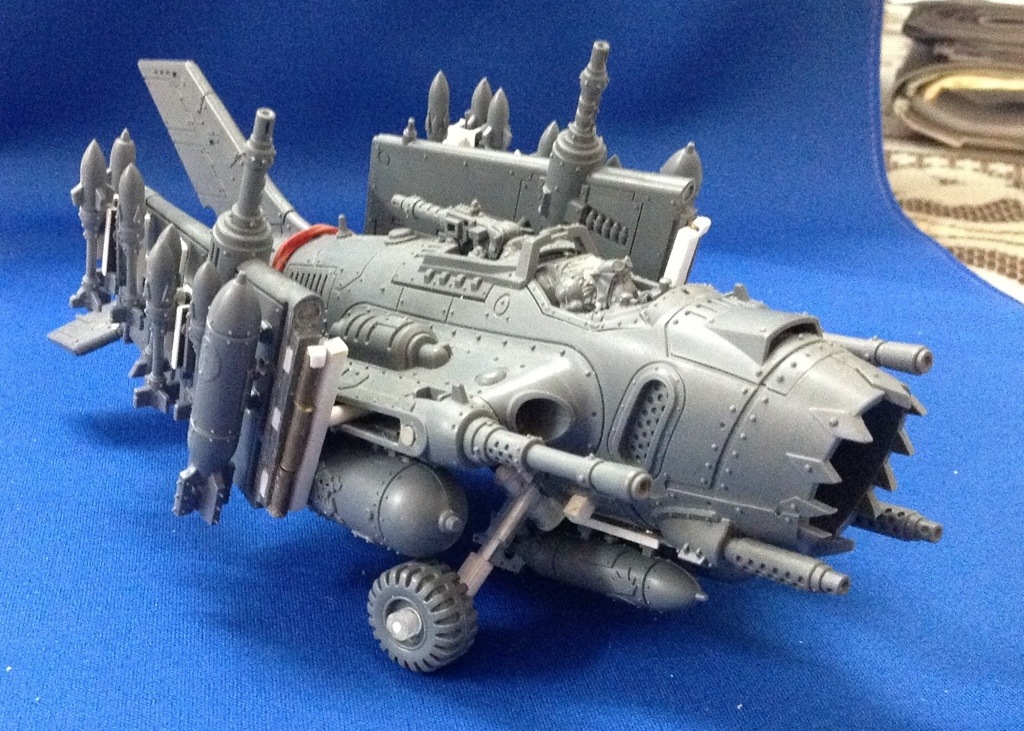 The brass hinges had to be self-made; couldn’t find any off the shelf product. Wasn’t that difficult, but superglue isn’t good for long term bonding; it turns brittle and breaks easily. As it is, when I was doing this photoshoot, one wing hinge broke. Which is where this came in handy…: 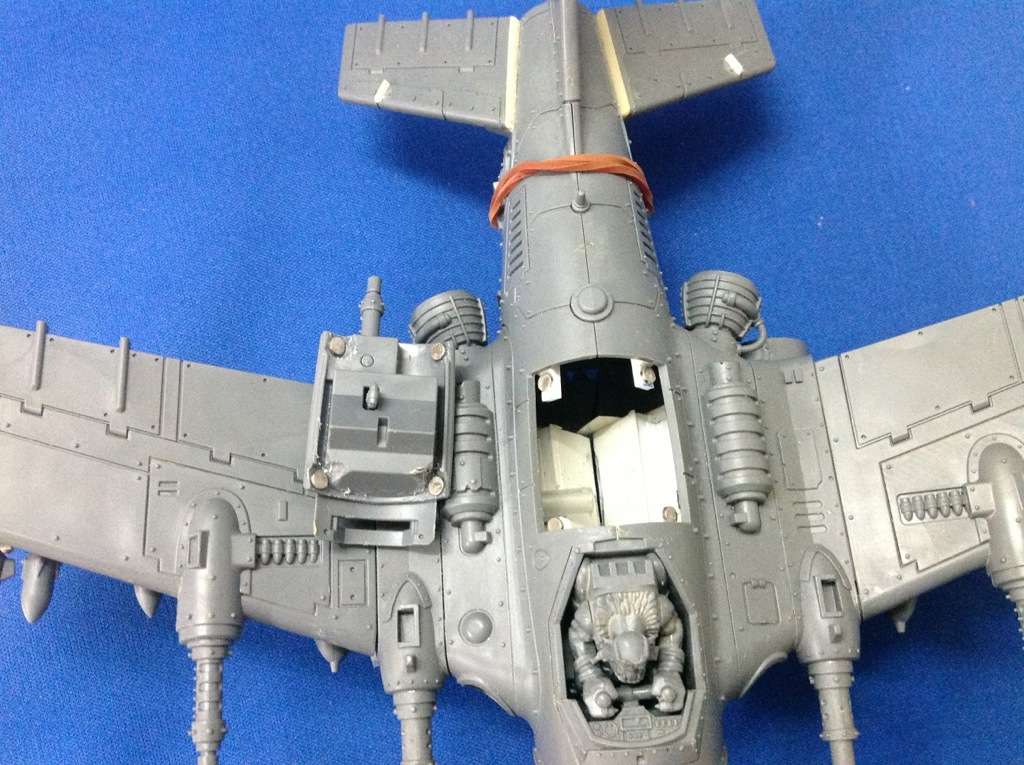 The magnetized rear gunner position allows me to swap the rear gunner, plus I can reach in to do maintenance. I simply reached in and popped the wing spar out, and reguled the hinge. Back together!

You can see the mess of plasticard that makes up the wheel well. Not clean, but hey… Orks.

Lastly, what’s the absolute heaviest bomb load this can pull? Well. I guess this: 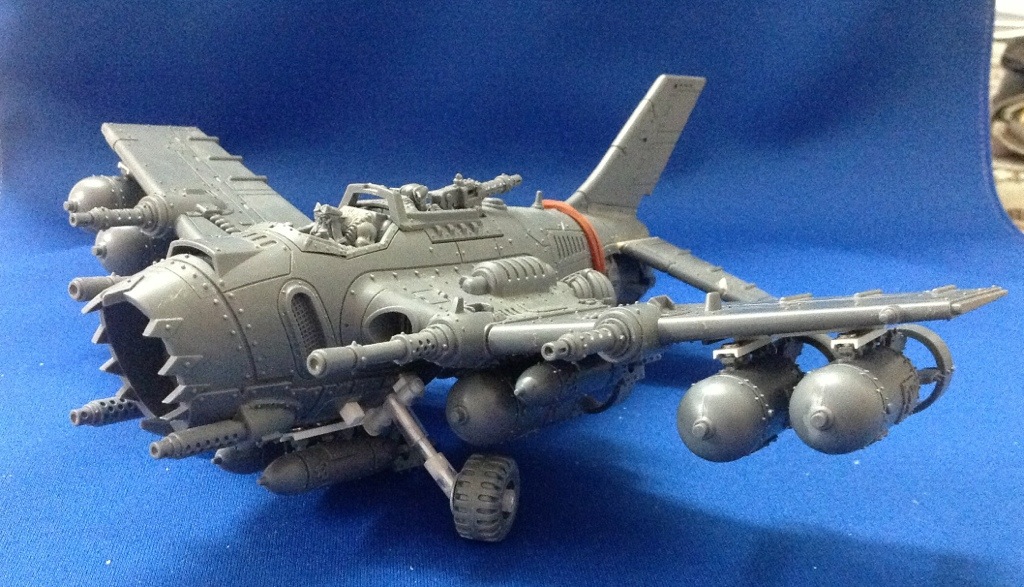 Six boom bombs and four burna bombs, plus the usual hard-mounted supa cannons and defensive shoota. I could mount 18 rokkits IIRC, with two boom bombs, but nothing says “blockbusting” like 6 oversized bombs. 😉

And no, you’re not seeing things. The wheels do turn to a degree, due to the way I mounted the axle. Turns out to be a charmingly simple solution to the “how is this bugger going to turn on the ground?” problem.

3 Responses to When you absolutely need to level a city block. Or two.