Just a quick update on the Nephilim and the Dark Talon: 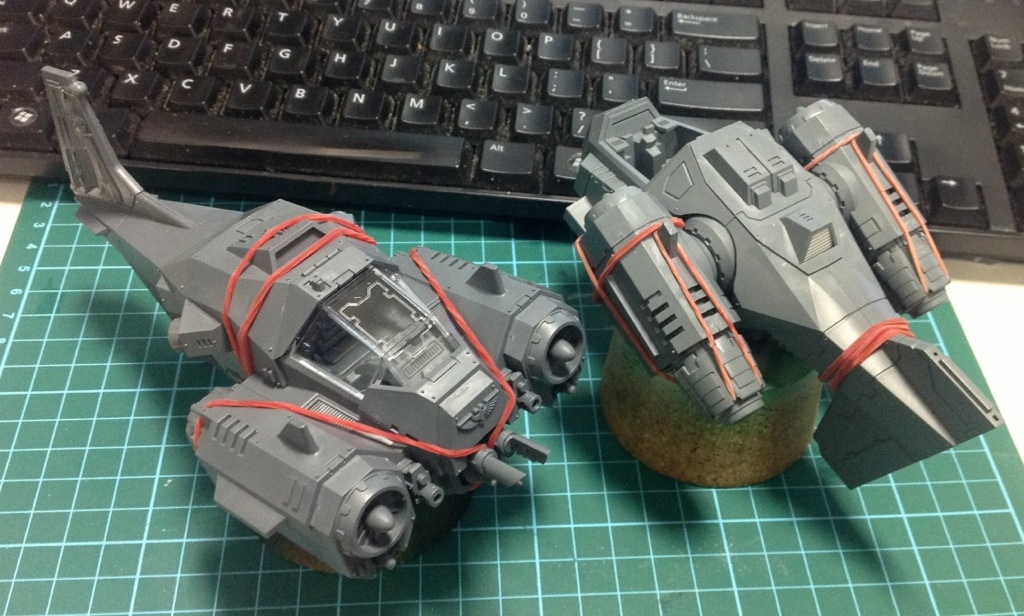 As you can see, I’ve replace the “whiskers” on both the Talon and the Nephilim. Didn’t like them. On the Talon, I’ve replaced it with a vent-like plate; on the Nephilim, I’ve used thrusters instead. Why thrusters on a “jetfighter”? ‘Cos I have plans…. xD

Also glued the lascannons together except for the tip — want to paint the inside of the barrel first — and glued the heavy bolters to the top hull. Turns out to be a tricky fit. Fitted the hood, deciding against making the canopy hinged; I’d have to detail the underside of the canopy which is tricky. In addition… 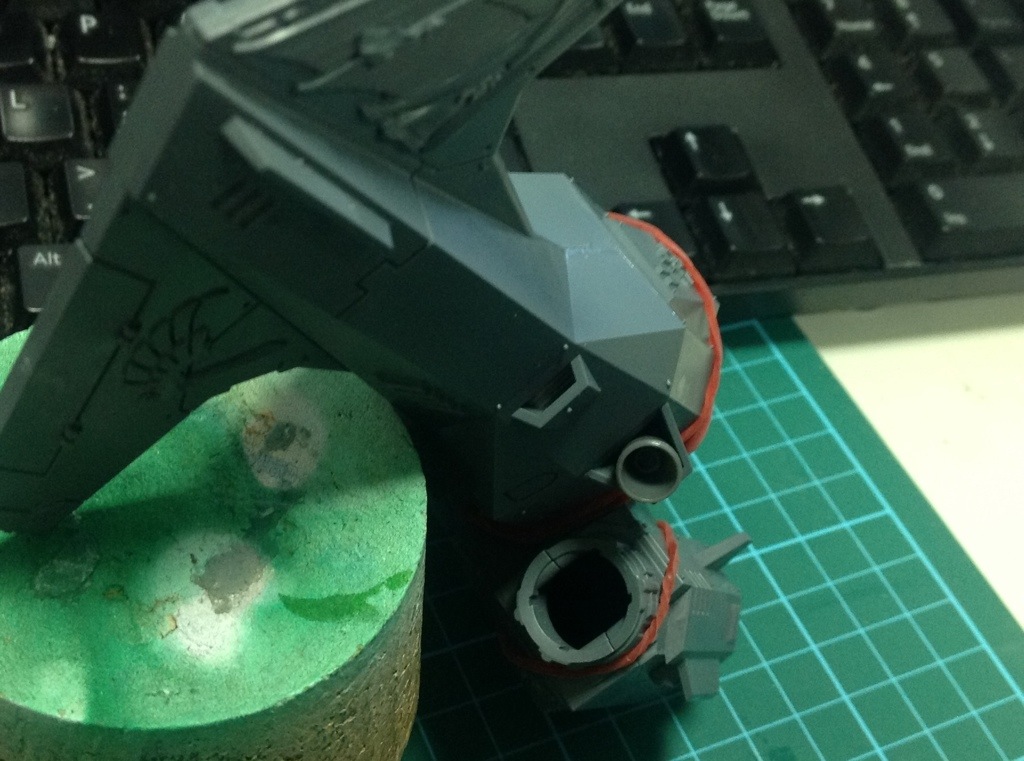 The Nephilim has a pair of vents on the fuselage that is actually opened to the interior. I didn’t like that so I sealed it off with more of the vent-like plates. You can just about see it in the above pic, plus a better look at the thruster.