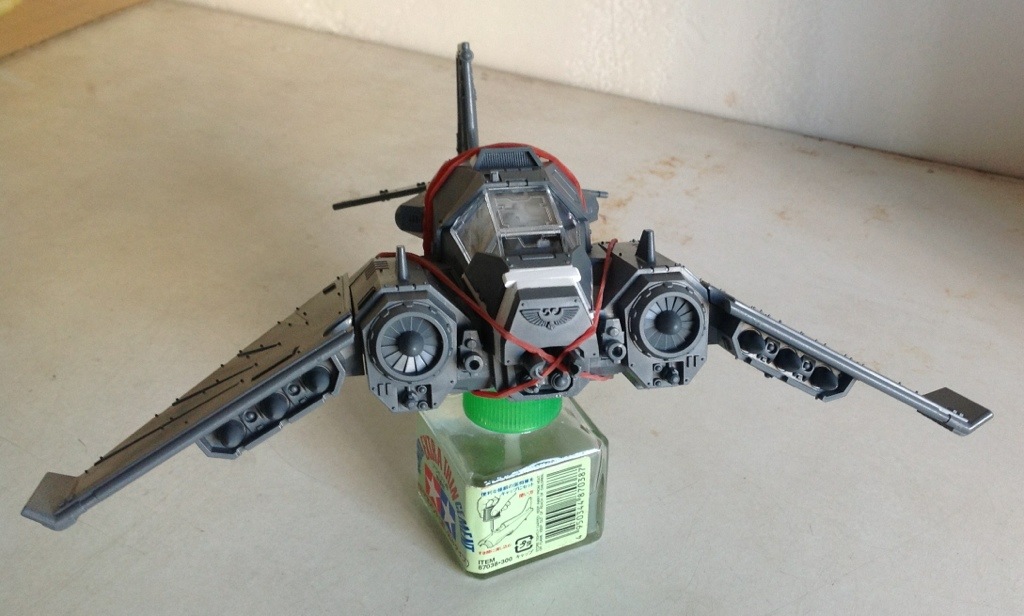 Took leave these two days to do spring cleaning, so had pockets of time to sort out the Nephilim — the Dark Talon needing more time to resolve.

So what did I do with this Nephilim? Front to back: 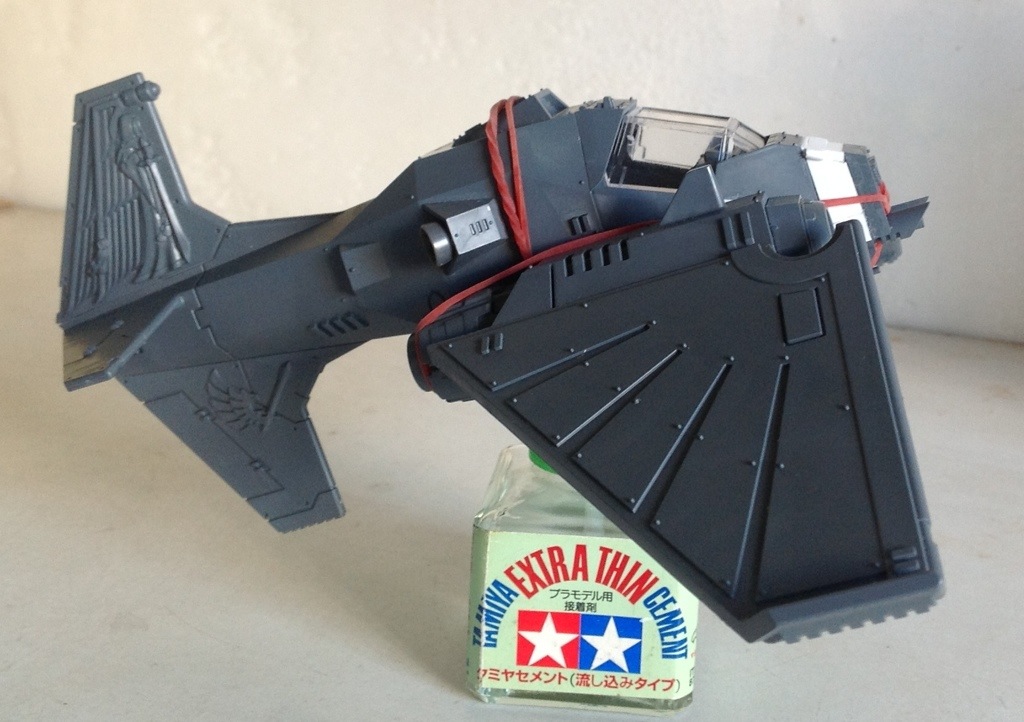 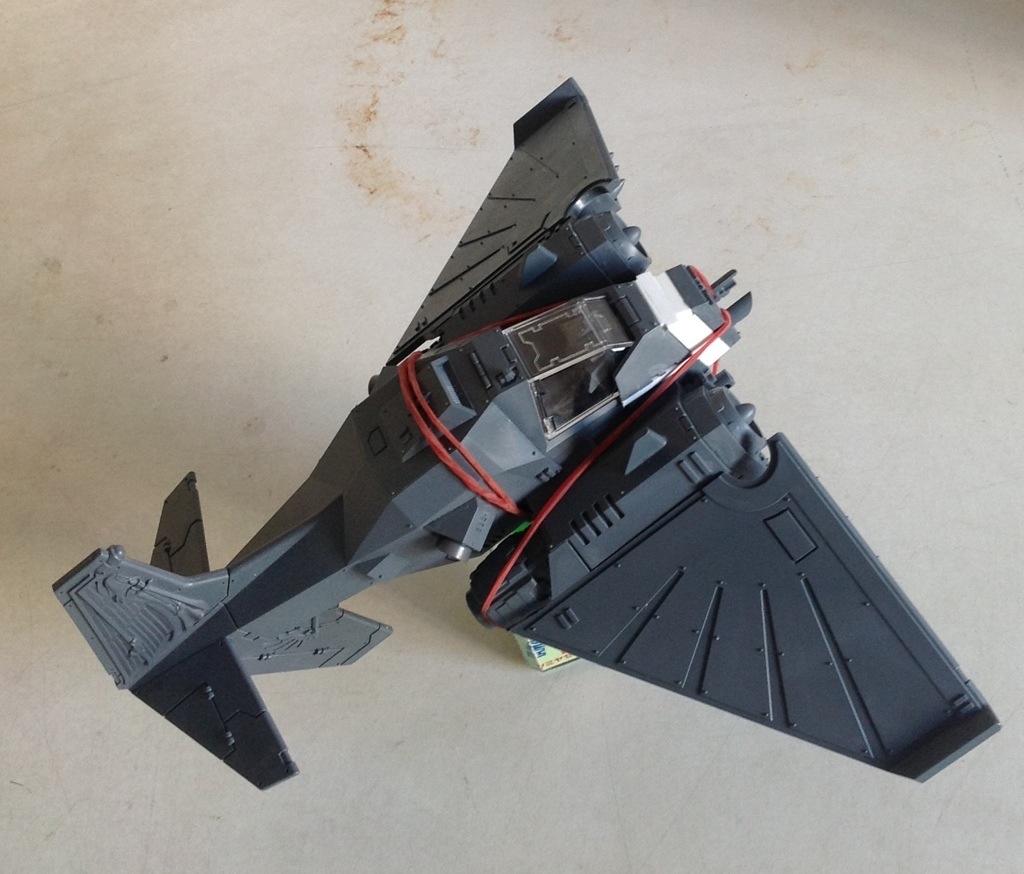 A friend mentioned that the Nephilim really only look good from straight frontal, since from the side it’s really blunt and no real profile worth talking about. That’s why I extended the nose. Originally wanted to do a longer nose, but fit tests shows some issues with the chin weapons and that the buildup looks to be awkward beyond the current, so I just stopped and left it as it is. 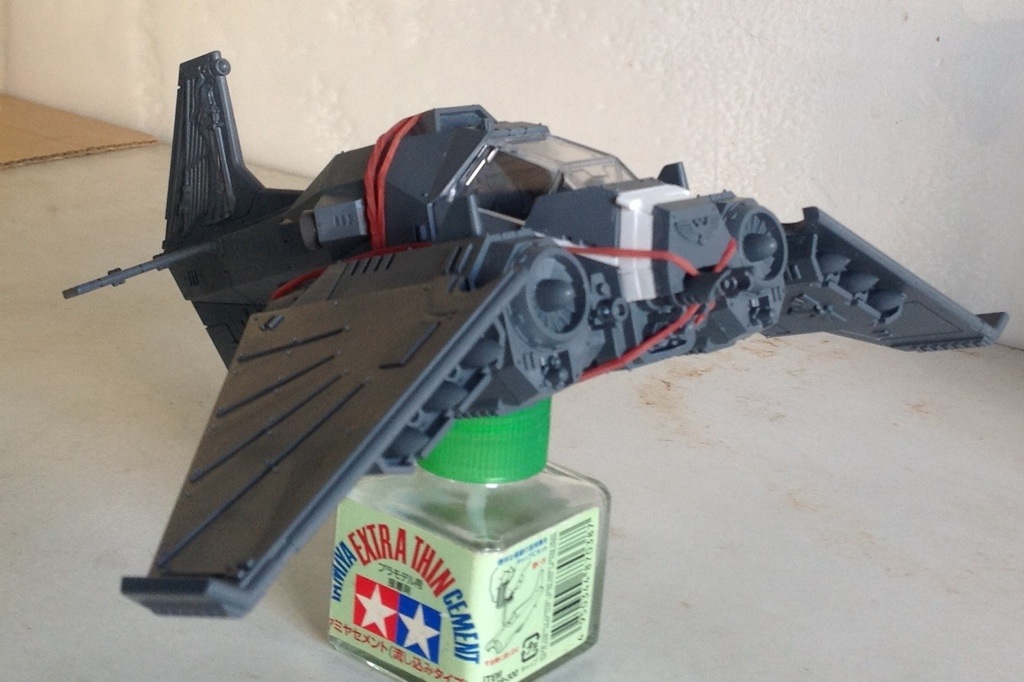 The magnetization of the wings are complete but I hadn’t glue the wings onto the missile pods yet. Partially due to painting, partially suspecting I might need to troubleshoot. There is concern that since GW so intelligently used the wings as landing points, the weight of the main fuselage itself might tear the magnetized wings apart. So far looks good, but have to do more tests.

What’s left? Well, the lascannons need to go together — that’s trivial — and I feel like adding a bit more structural members in the back fuselage/ cockpit assembly. Also need to put together the pilot for weight tests on the wings. Hopefully no need to reinforce the wing spars.. Those are tricky.

Overall this isn’t a terrible build. Aside from my own requirements to magnetize the wings, this is a fairly quick kit to put together.