So my M10c conversion, still in progress… Well not so much now, since I’ve done most of the work over the last weeks but just didn’t have time to write up a post on it. So you get a whole slew of pics and updates now! 🙂 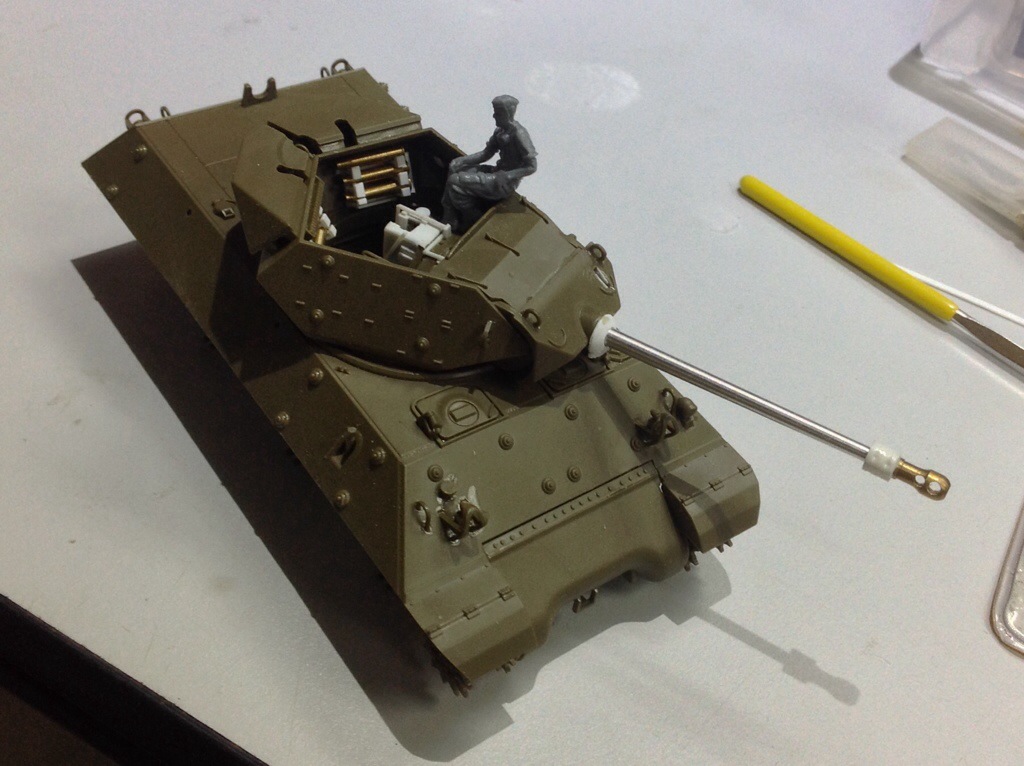 One of the key things I needed to do is to rebuild the M10’s ammo stowage in the turret bustle to accommodate the visually different 17 pdr ammunition. Basically they just had to accommodate the longer rounds, and I happened to have purchased a whole bunch of 17 pdr munitions..

I started up cutting up some pipes to create cradles for the ammunition: 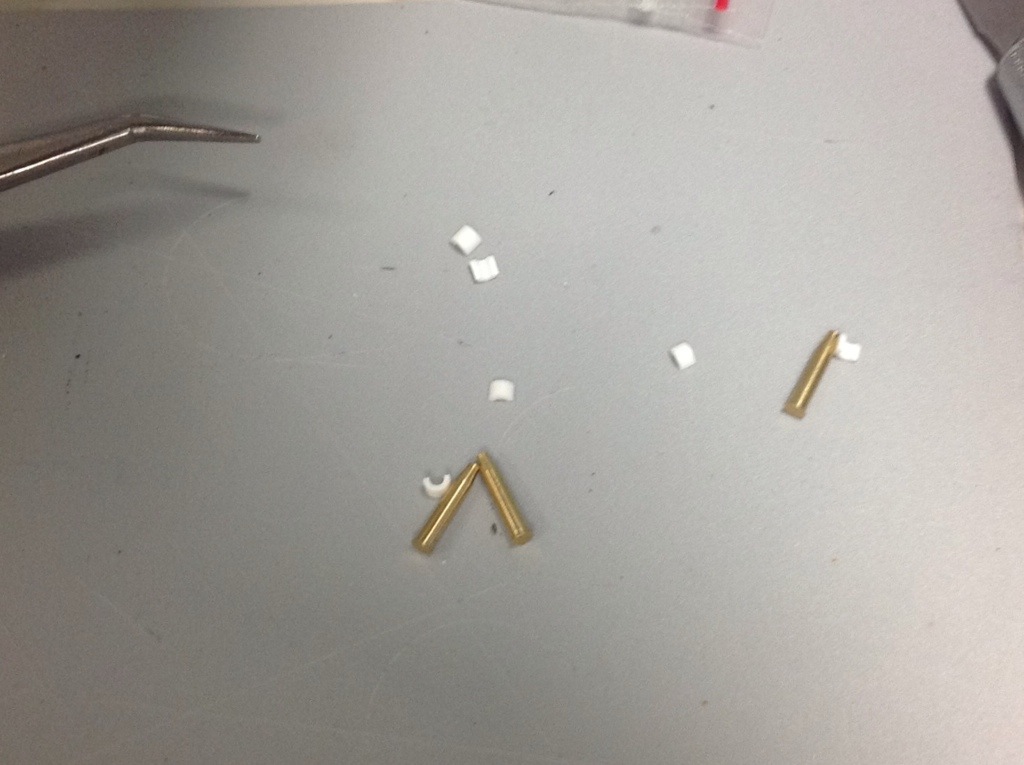 In reality, that’s pretty much the closest match I can find, IMO, as shown here:

In model though, I don’t have fine enough parts (and probably too fragile), and as a results the half-pipe cradles ended up being too long and not really workable. So I had to scrap them and go with angled brackets. A comparison of the length between the two builds: 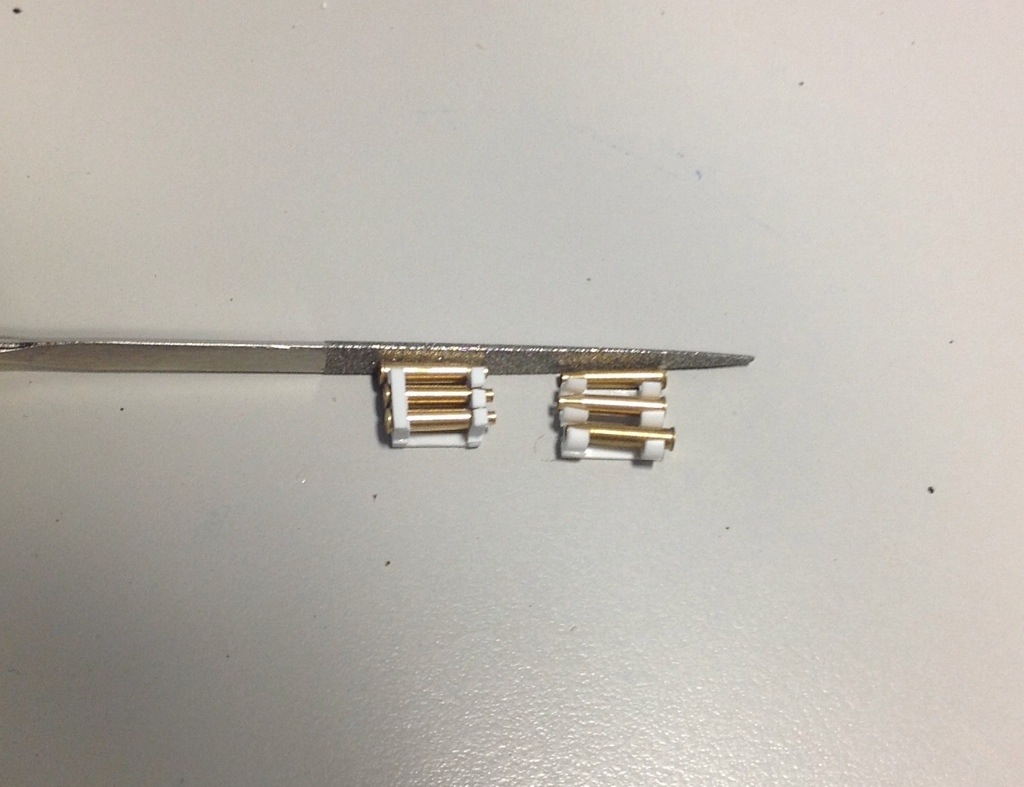 I have to mention that this was frustrating as hell to build. It’s really small and fiddly, and the brass rounds like to skip out. I could have glued them in immediately but I wanted to paint the racks and rounds separately. Finally, I have them sorted out, and moved on to complete the interior.

For the interior, I found a few reference pics: 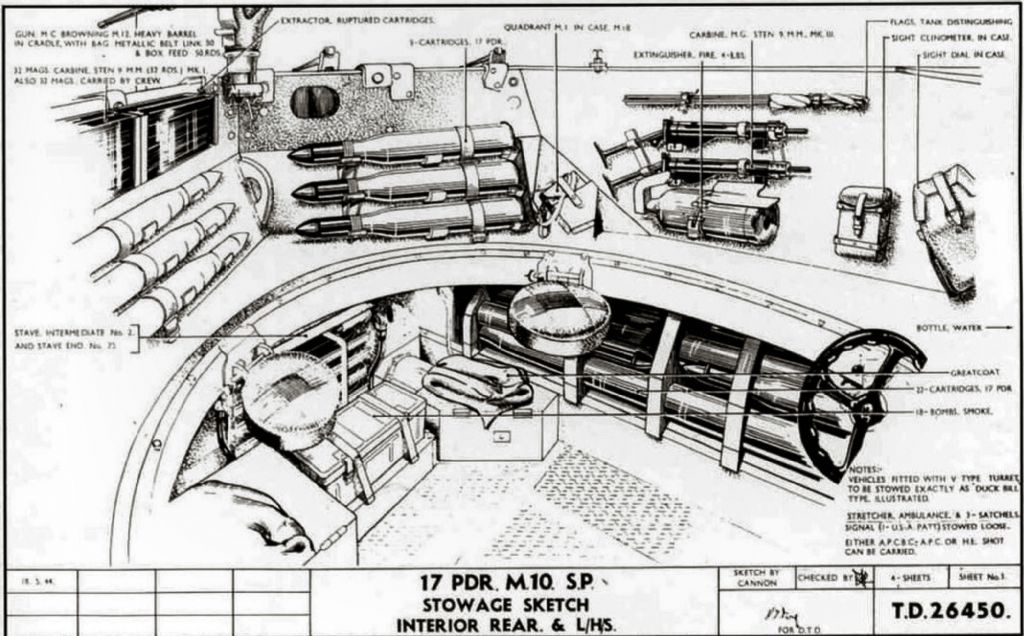 So my Interior Rear and LHS: 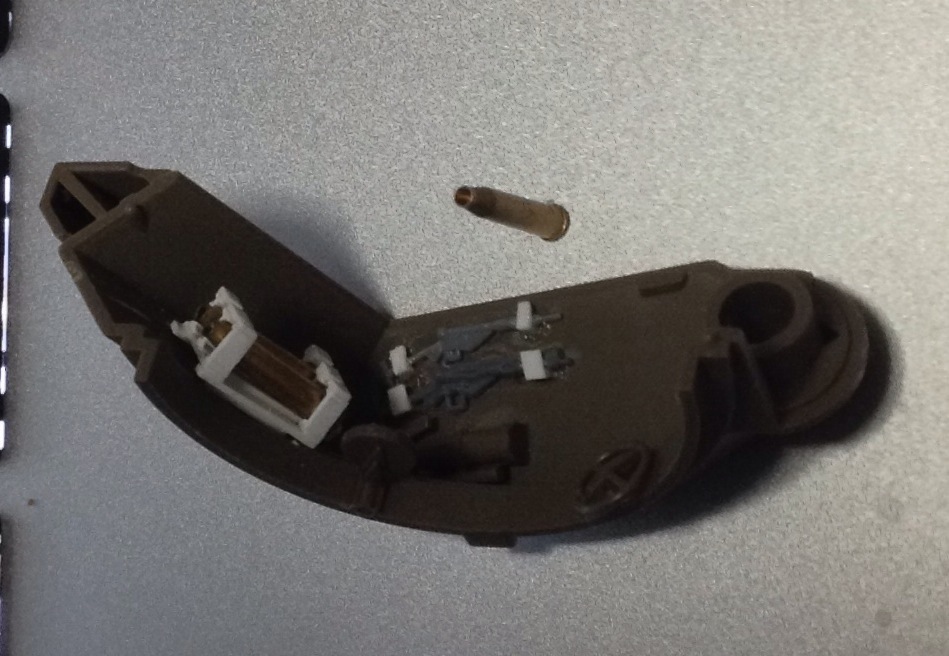 The other side in sketch: 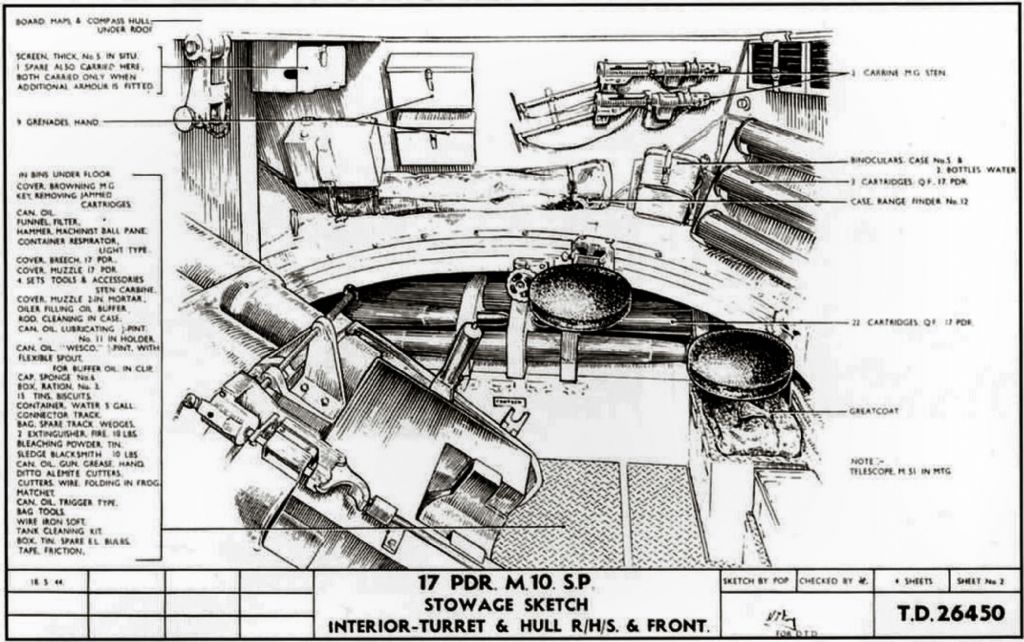 And my Interior and RHS:

It’s not a 100% match, but I think good enough. 🙂 Note that the rounds do not have their warheads inserted yet; these need to be painted separately and then glued in. So the warheads would take up a bit more room in the back.

Put together, but without the gun mantle:

Rear shot with the top armour and gun mantle:

You can see the details of the gun, some of the interior, and the rounds will be quite visible. However, the rest are fairly hidden, plus I fully intend to put one or two crew members in there… kind of crowded as it is.

Finally, there is this little problem with the mantle. In reference pics, the M10c had an obvious weld and a small disc/ dome at the gun mount, as can be seen here: 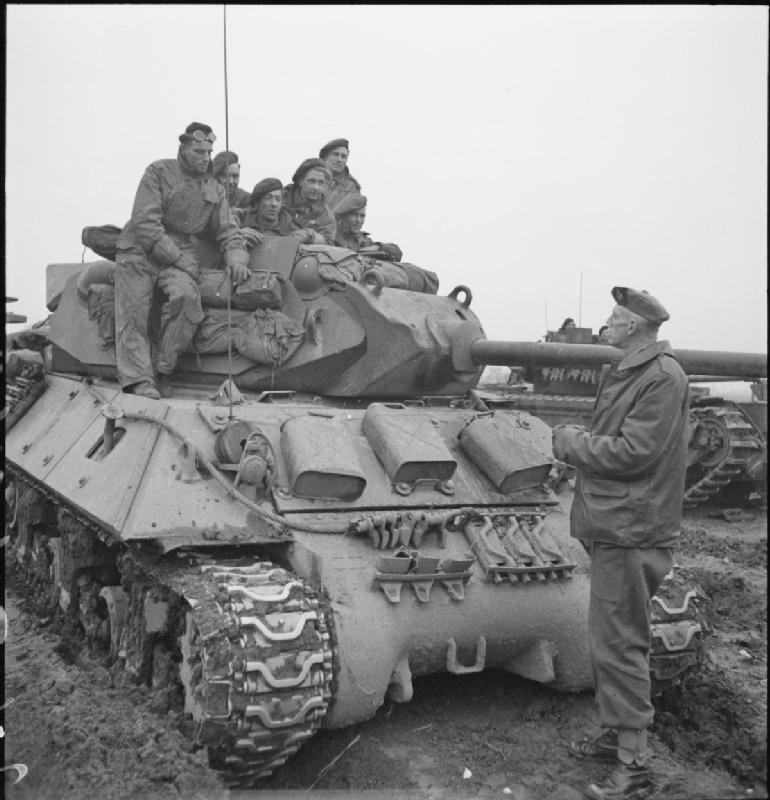 So yeah, I just HAD to get that done.. The following is the template for the welds, if I ever am insane enough to do another M10c… 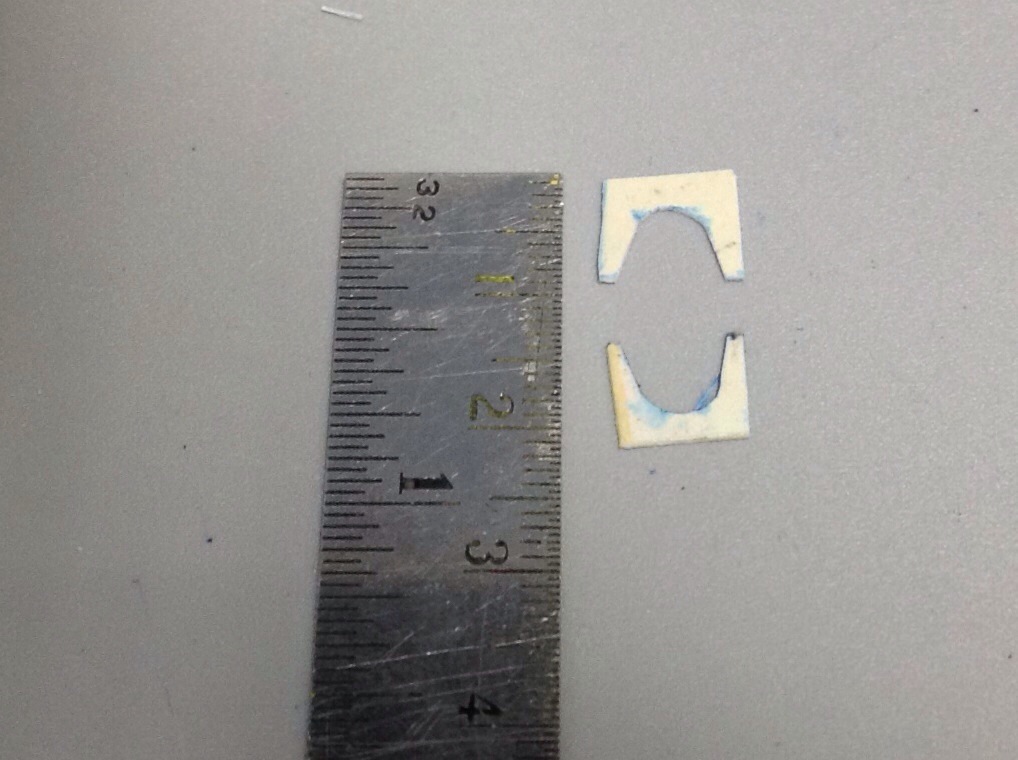 After a lot of cutting and grinding, I managed to get both the weld and the gun shield on: 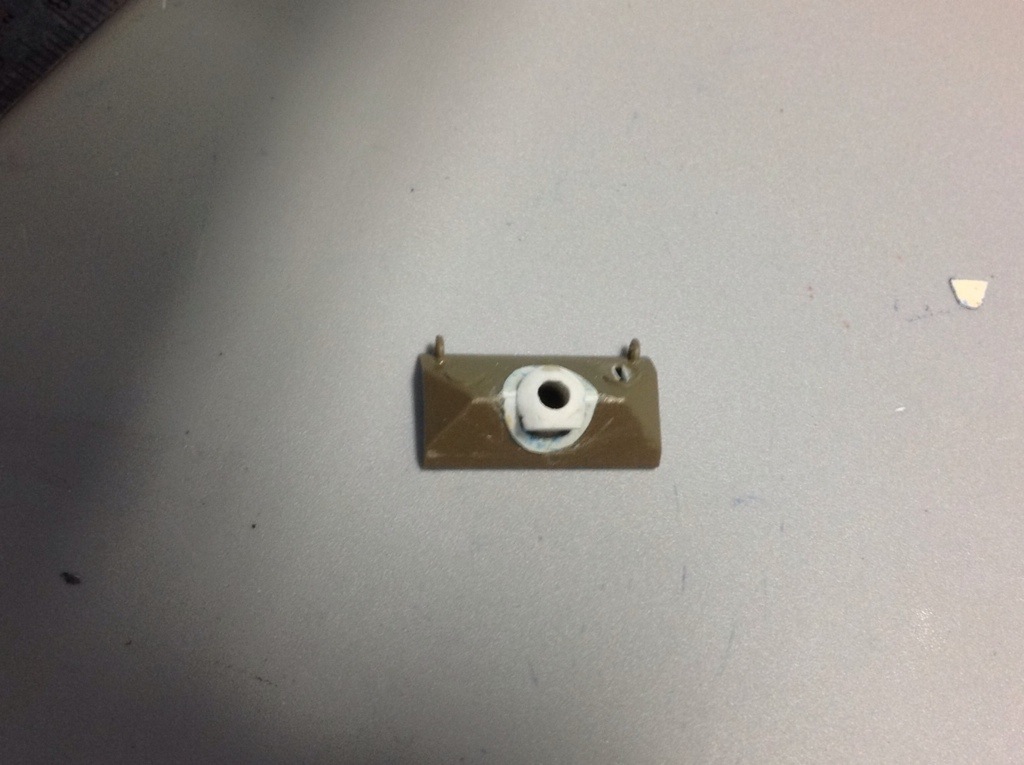 Oh yes. And I’ve also opened up the gunner’s vision slit more, as most of the M10c period pics had the elongated slit. Ended up with the slit a bit too pear shaped, so ended up redoing the sides with small plastic stripes and the reaming them down to more or less parallel sides.

And we’re finally done with the physical rework! Onward towards paint. 🙂