Fair warning: LOTS of pics after the jump! 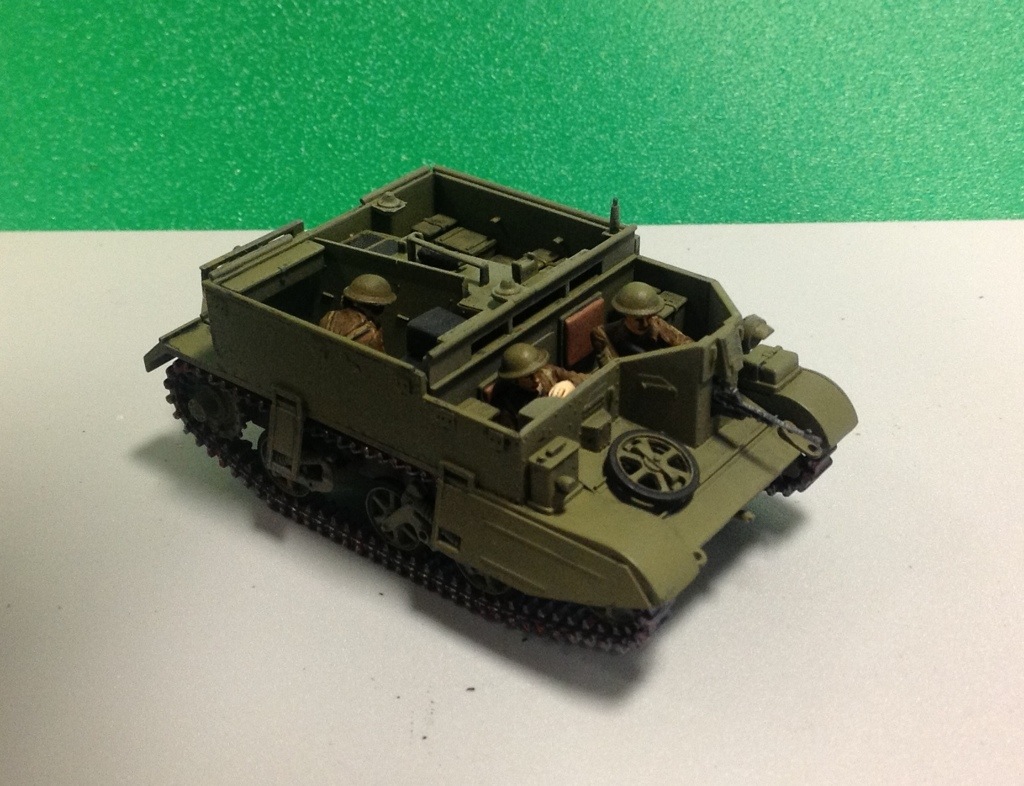 So I finished off the Universal Carrier the other day.. Was actually very fast, quite fun to paint. One thing about IRL military, they’re big on not spending on cheery paint jobs. 🙂 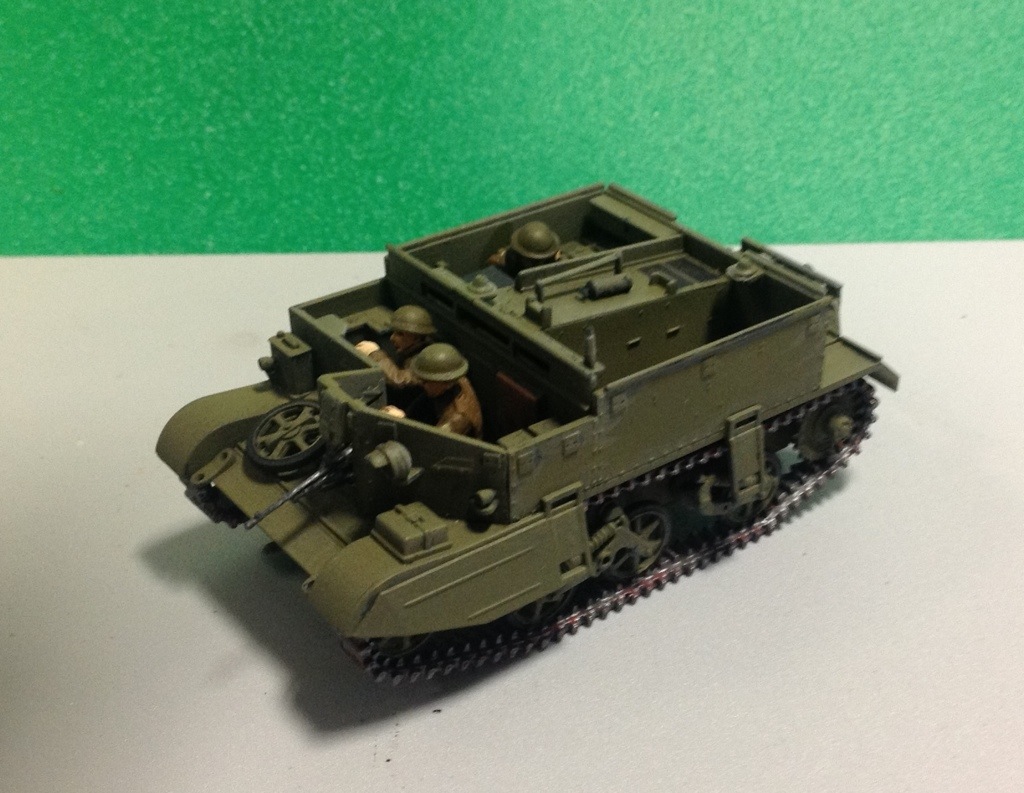 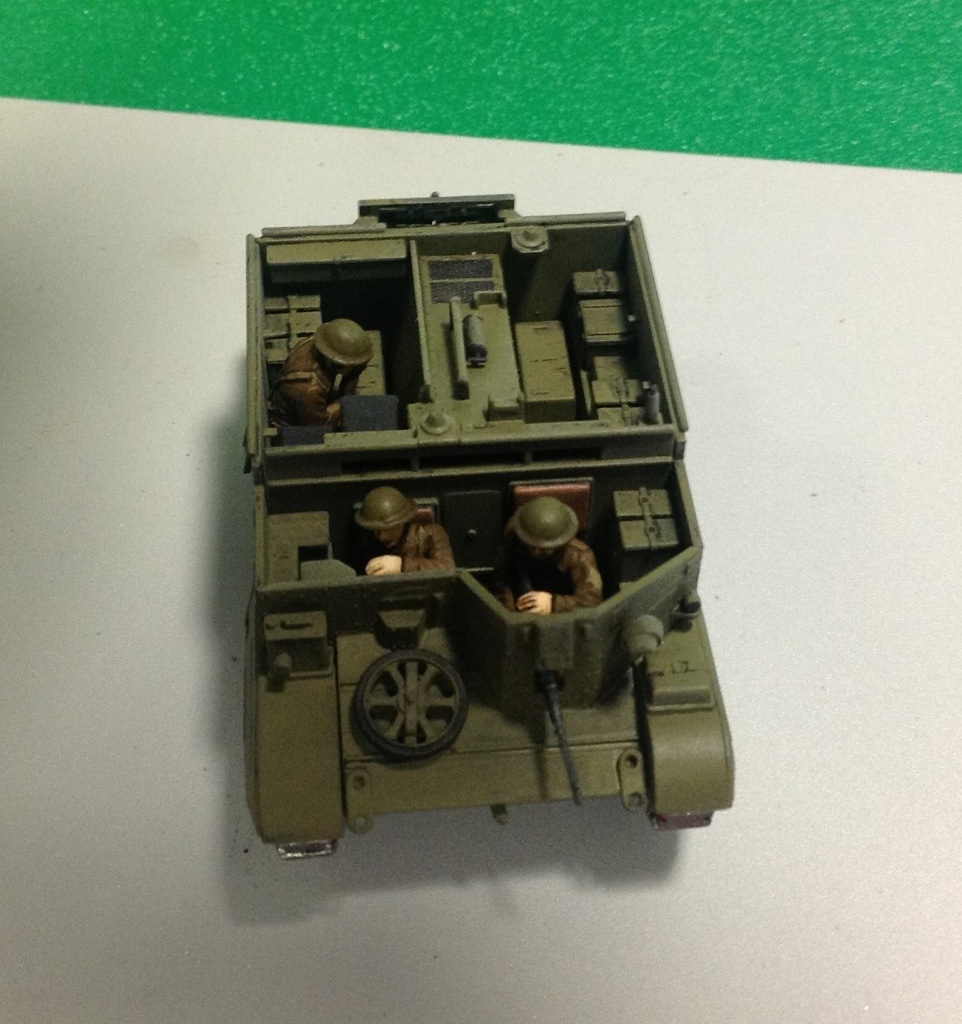 Haven’t actually weathered the UC… Thinking if I should do it. Maybe a bit of light weathering…

Here’s a fun shot as I was working on the interior.. I had the side hull done up separately for access, and ended up gluing the radio operator into the side panel. 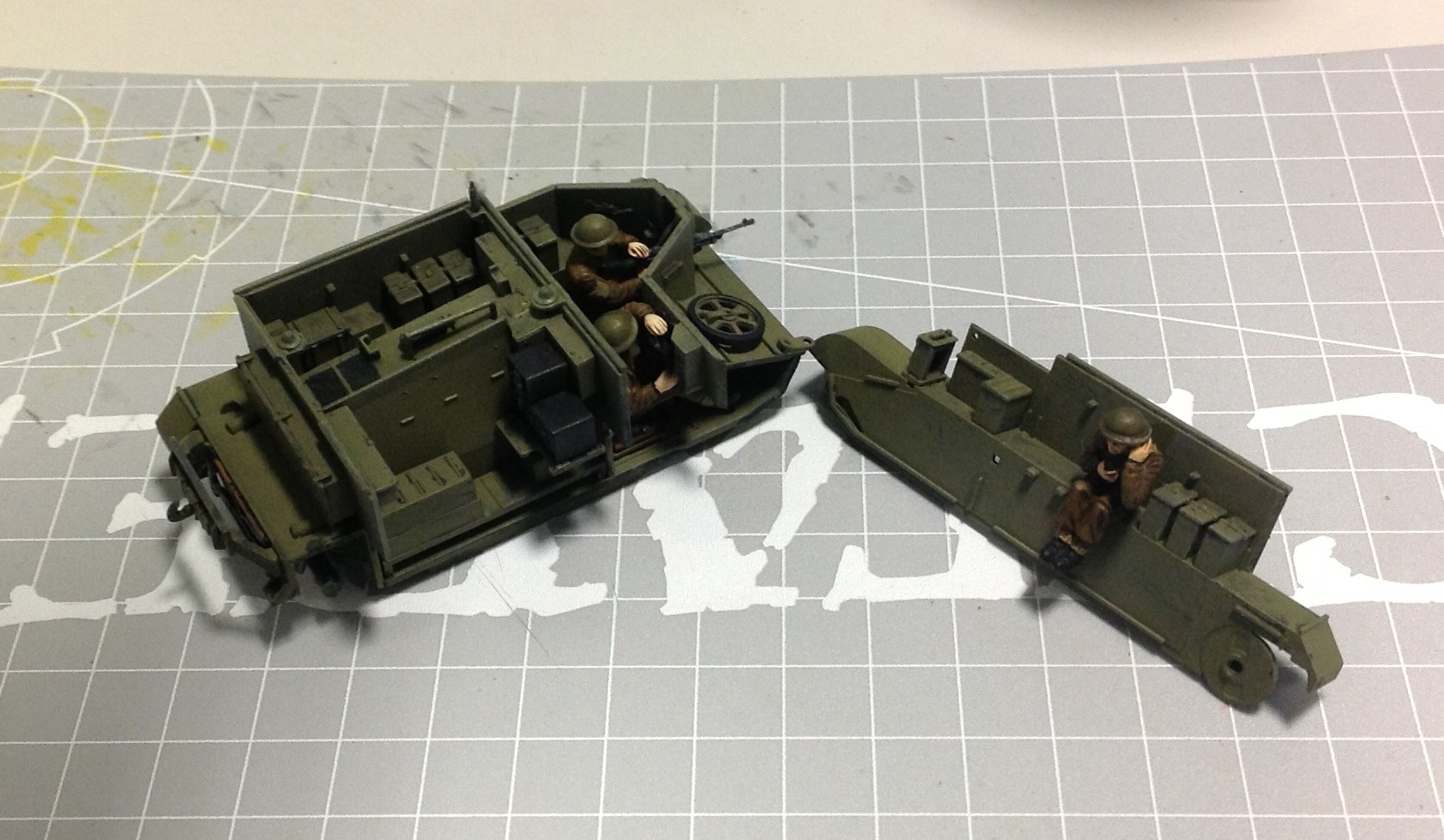 And Universal Carriers are small! That’s a 17 pdr AT gun next to it. The UC is supposedly able to tow that by BAM rules! So what’s next after the Universal Carrier? A Sherman of course. Given that I’m running a Brit force, a Sherman Firefly, of course. 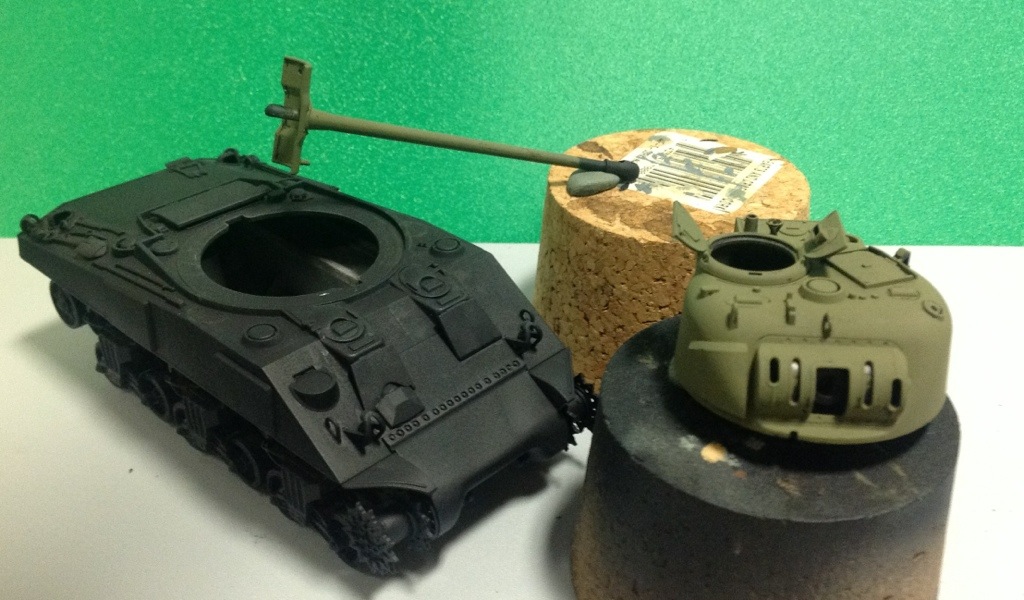 Forgot the tracks.. already did the tracks up when I did the UC tracks. Left it on sprue due to the many single links, and to make painting it easier. 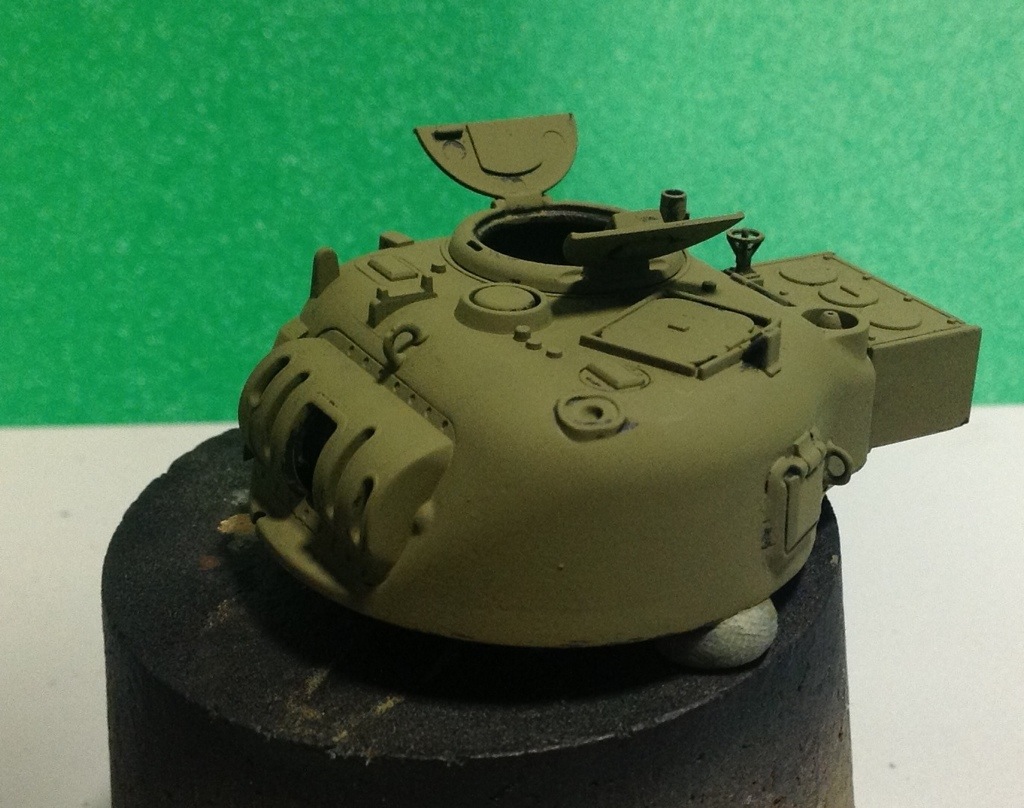 Would you believe the turret is hand painted? Granted it’s on a sprayed primer coat, but otherwise it’s hand painted. Quite smooth. And below is how it should look like with the tank commander in the turret.. Have to get the interior painted though, in white. Finally a comparison pic next to a 1/48 Tiger. You can appreciate how small a UC is, and how small the massive 17 pdr is compared to a Tiger. Sherman is still kind of comparable, but still thinner and shorter. So next week, working on the Sherman!