So yeah, I’ve been working on the Sherman Firefly. More or less finished, just need to do a bit of weathering. 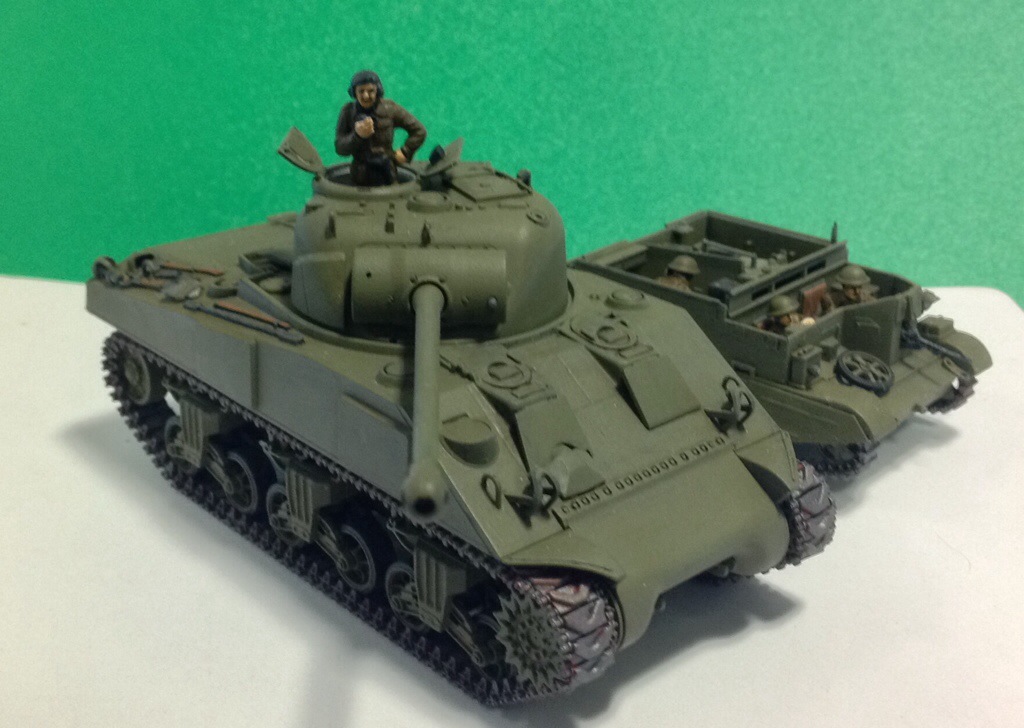 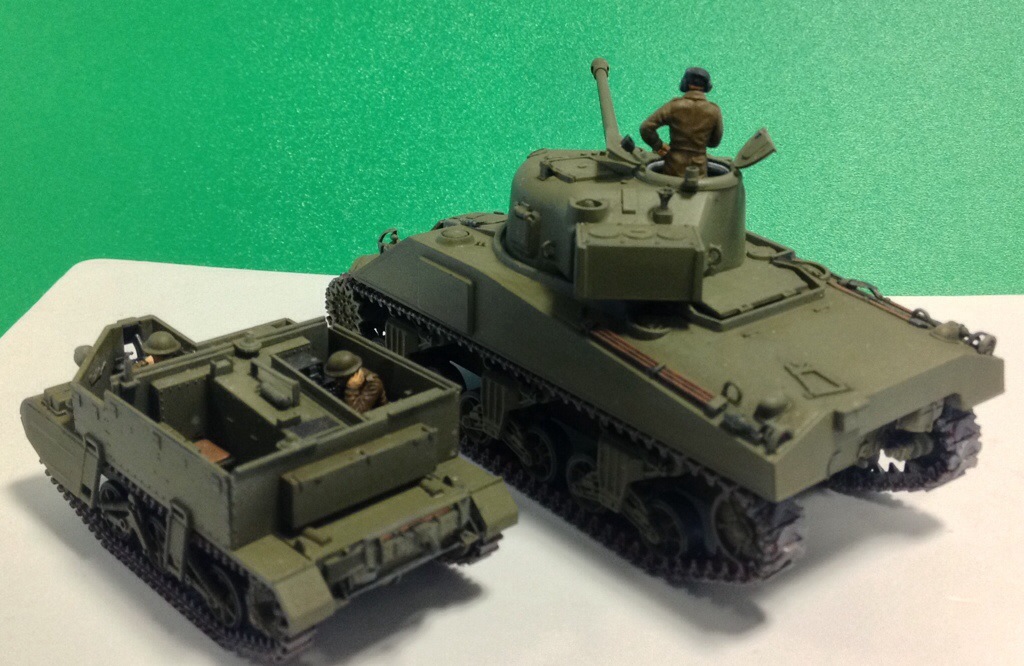 The Firefly paints up quite nicely, not having too many details on the outer hull that requires attention. Quite like the last pic.. 17 pdr does have a nice stretch to it. There is a bit of weathering on the Firefly, but as it turns out Vallejo Panzer Aces Dark Mud and Vallejo Russian Uniform are so close that you have to squint in order to see the differences. I’d have to go over it with not so Dark Mud later.

Other than that, there’s a bit of Sepia wash done to bring out the finer details, so not much weathering. No, I’m not going to do the half-barrel camo that 17 pdrs often are depicted in… That’s overdone already. 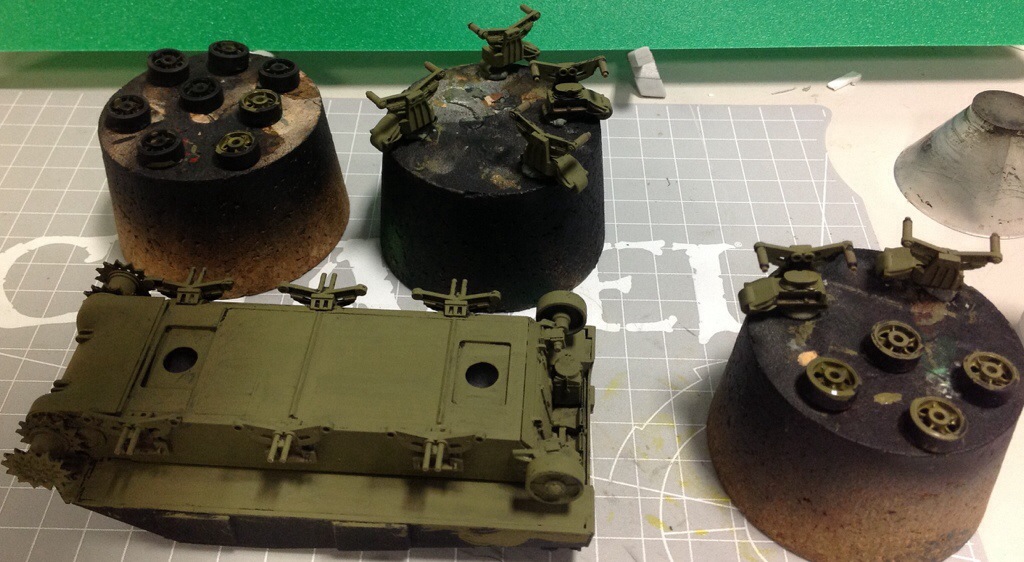 Not saying that it was all smooth going.. Even with only 3 bogies a side, that still adds up to twelve road wheels to do. It’s just kind of monotonous to work through those. 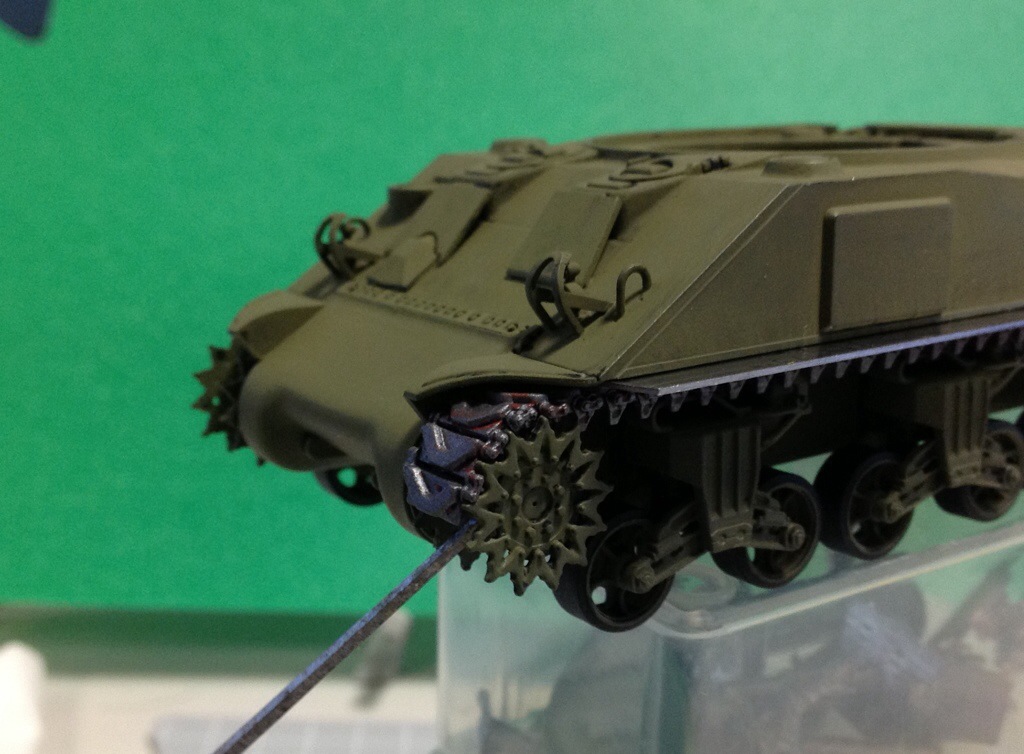 The track gave me some issues. The long sections were fine, although the top section needed a ruler to keep it down on the return rollers while the plastic cement did its work. The curvature around the drive sprocket and the idler wheel comprises of individual links though, and that was annoying to work with. The drive sprocket in particular.. The links could pivot down and the. You suddenly end up without a proper contact point for the next link. I ended up ramming a metal rod — actually a reamer — in to keep the link up while the cement cured.

Overall I liked the assembly of the Sherman Firefly and the painting wasn’t too bad either. It was just a few items that made it a bit more annoying. I won’t want to put together another Sherman in the near future, but they are rather fun kits to work with.

One Response to BAM: Sherman Firefly