As it turns out, the week turned out to be kind of hectic, but the delay did let me include a couple of interesting Kickstarters…

The Bones be Back

Reapers Bones II kickstarter is now back. I didn’t take part in the first one, but it was big. Is this one going to be big? Not going to even dignify that with a response. It’s already over 1 million in funding, and that’s just a couple of days in.

But I’m not likely to take up. The stuff are mostly fantasy, and are diverse enough that it’s mostly useful for RPG, or for its own sake. There’s only really one that I’m interested in. So.. pass. 🙂

I’m a terrain builder, so terrain kickstarters are always of interest to me. This one popped up on the radar recently.

Personally I’m not a big fan of cardboard as terrain. Still, some game systems work with it fairly well and it is a cheaper alternative. And this does look good. 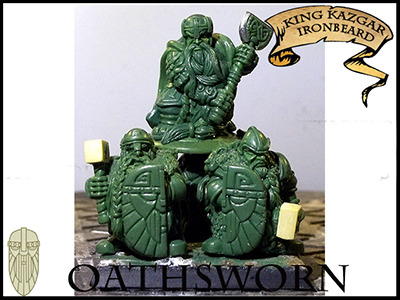 And this bunch of dwarves looks quite nice too. I’m not a big dwarf fan but the King on his.. uh, “throne” looks the part. And the option for you to get his earlier dwarves is a nice touch too.

That’s it for this week. I think I either have to broaden the search or the period between each look; the number of interesting kickstarters looks to be a bit low this week.